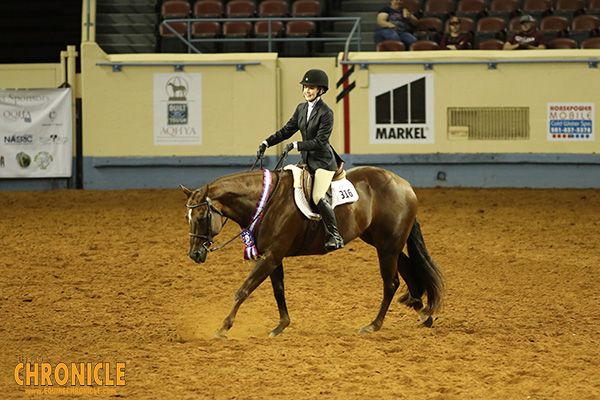 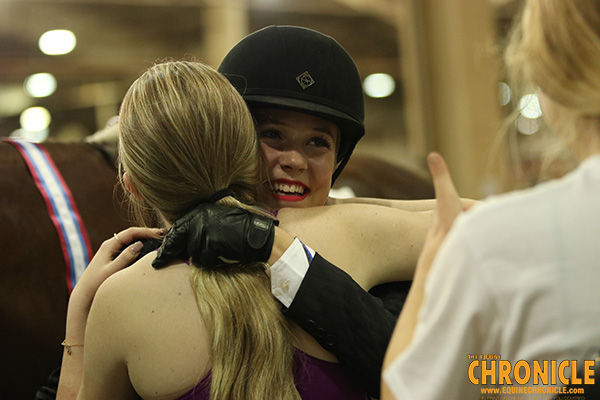 In 14-18 Hunter Under Saddle, Alessandra Ehrle rode Talk Southern To Me, aka “Puddin,” to win their first World Championship title. 18-year-old Alessandra and her 4-year-old gelding came to the Youth World Show last year and made it back to the Level 3 finals and placed in the top ten of the Level 2. “He was still really young then, and we were just starting to figure things out. I knew we had a good run today, but it was definitely a shock.”

“When they hit fourth, I was like, ‘Oh my goodness, this is happening.’ Then, they got to third and I thought, ‘Oh my gosh, I got a trophy.’ I’ve always wanted one. When they said number 172, it didn’t register to me that was second place!”

Assisting Alessandra and Puddin with preparations for today’s finals were their trainers, Sara Simons and RJ King. “At the L1 Championships, for every class I won, RJ said I could have ice cream. I wonder how much ice cream this will get me!” 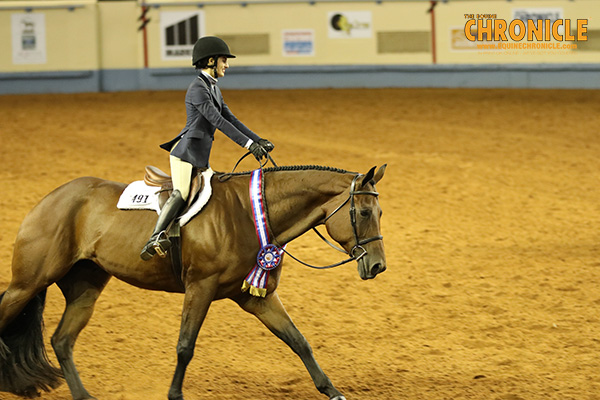 Alessandra will have a few more opportunities to rack up ice cream points, because she plans to compete in Level 2 Hunter Under Saddle and Level 2 and 3 Equitation. Although she enjoys competing in Equitation, Hunter Under Saddle is Alessandra’s favorite class. “He’s incredible. He has such a good feel. Just his way of going is so soft. Compared to my last horse, he’s a dream to ride.” 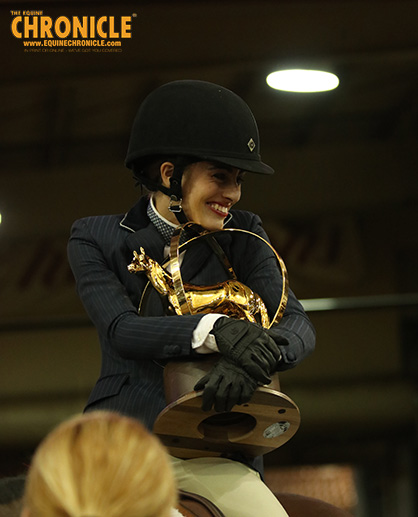 Now that Alessandra has her coveted golden globe, she plans to keep it very close. “I will probably sleep with it for the next three days!”

The Reserve Champion was Olivia Tordoff with Too Blazin Cool. Third was Lauren Raad with Hotforyourhonor. Fourth was Olivia Koontz with Zippin Hot Harley. Fifth was Nya Kearns with BMQ Stop For Traffic. 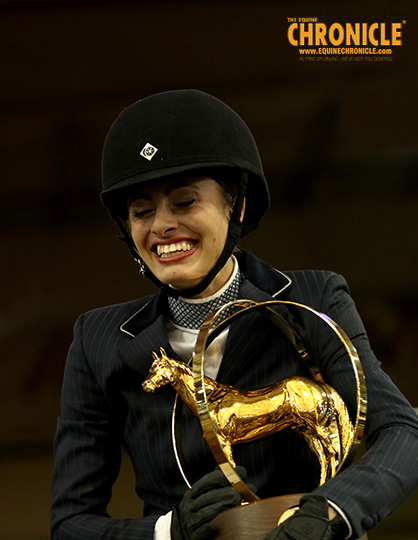 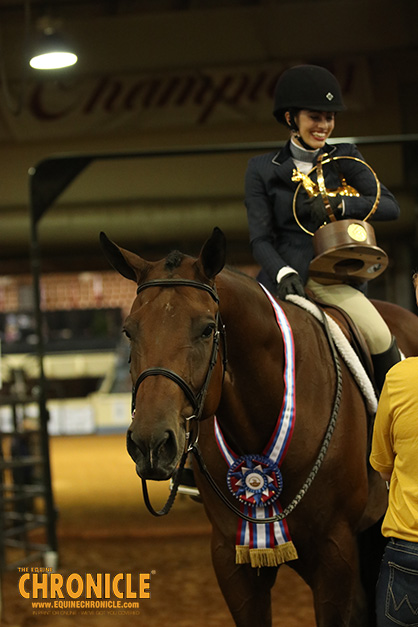 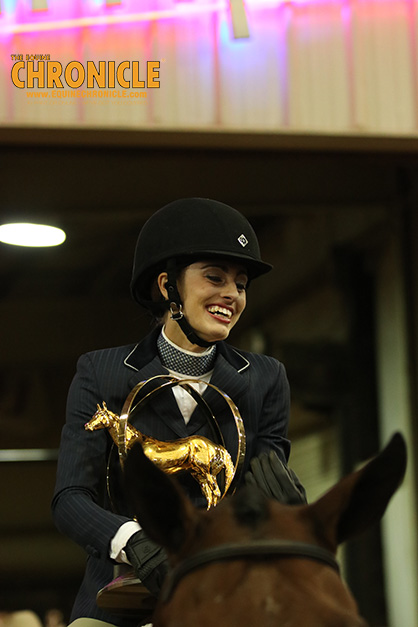 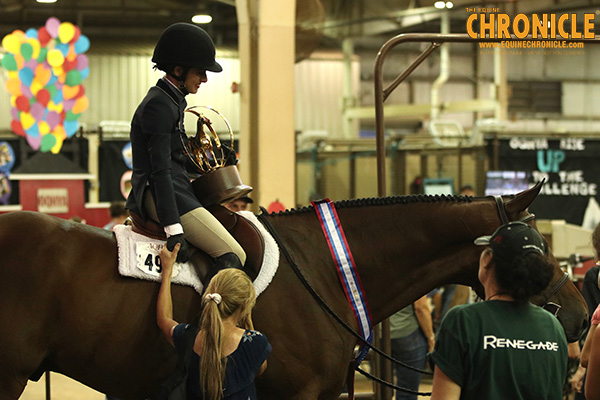 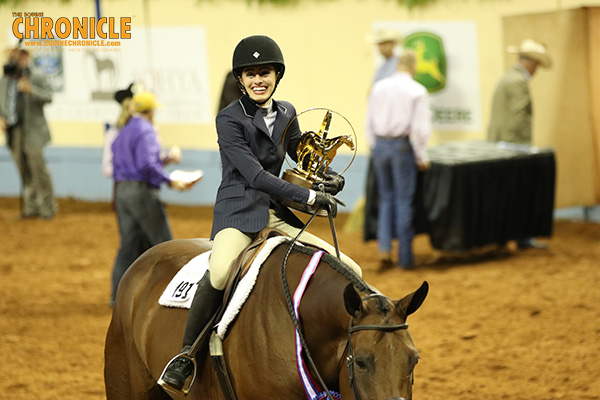 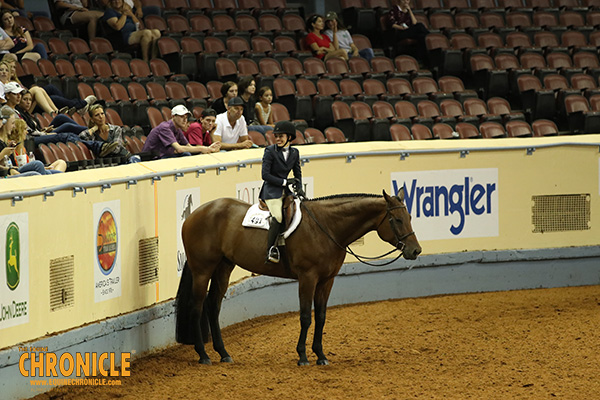 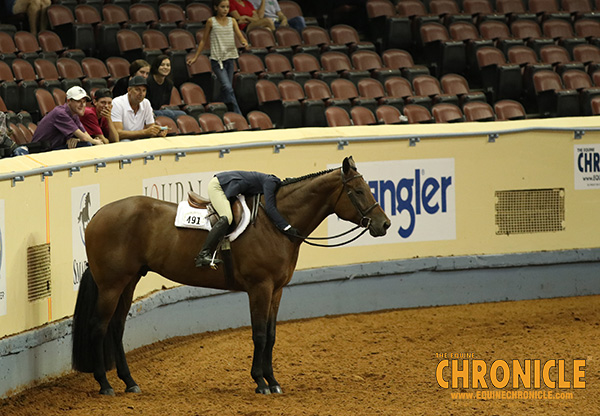 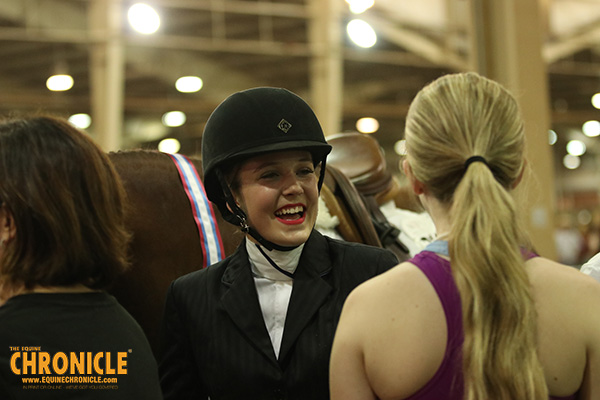 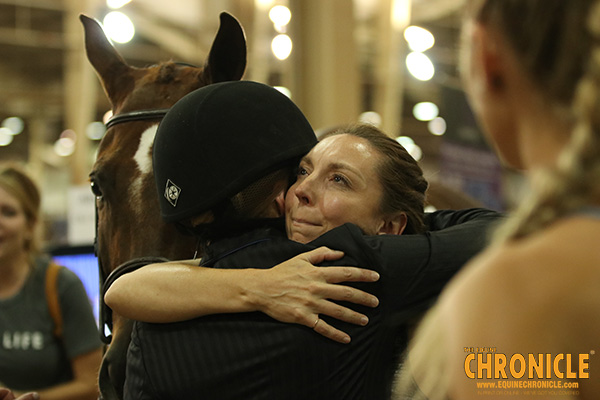 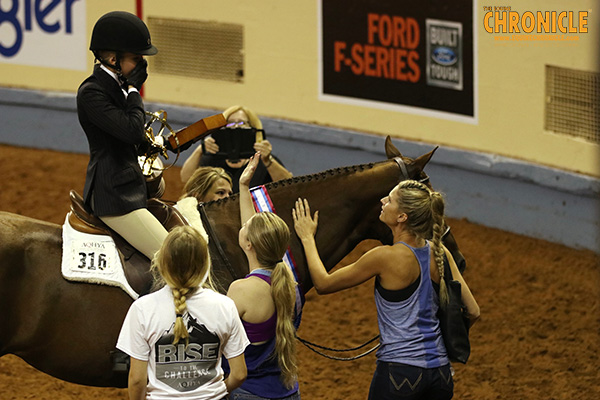 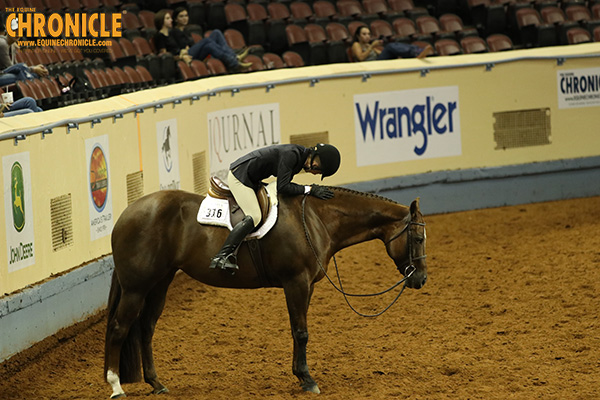