A Look Back at 2019 NCEA National Championship 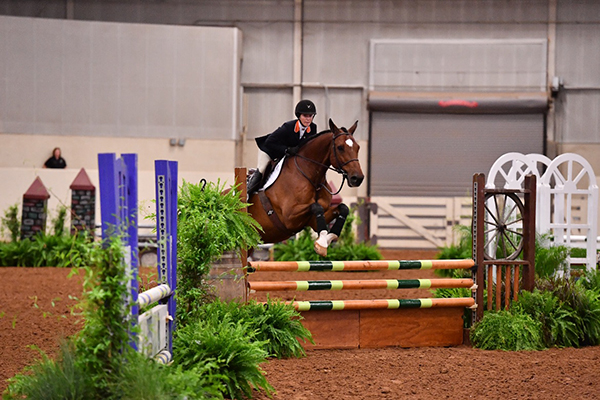 It was a memorable week of competition at the Extraco Event Center for the 2019 NCEA National Championship. Auburn and Georgia left Waco with all seven titles, but plenty of other historic moments took place throughout the competition.

Here’s a look back at some of the moments that defined an incredible week of riding.

It was a down-to-the-wire finish, but Auburn came away with an 8-7 win over Georgia to bring home a second straight national title.

The Tigers became the first NCEA team to finish a season undefeated, capping the 2018-19 campaign with an unblemished 17-0 record. With championships in back-to-back seasons, Auburn joins Georgia as the only teams to win consecutive titles. The Bulldogs won three straight from 2008-10 and back-to-back crowns in 2003 and 2004.

With the victory, Auburn now has six team national titles, tying with Georgia for the most in NCEA history. Auburn (6), Georgia (6), South Carolina (3) and Texas A&M (3) remain the only programs to win the overall team championship in NCEA history.

In addition, Auburn’s win gives the SEC seven straight equestrian champions. In 2012, Texas A&M won the title as a member of the Big 12.

While the old guard brought home the wins, some new faces had breakthrough moments over the course of the week.

SMU reached the finals of the Reining event bracket, falling just short against Georgia by a score of 845.5-841.5. It’s the first time SMU has won multiple rounds at the NCEA and been in position to walk away with a title.

A year after joining the NCEA, Sweet Briar College made a splash by beating Delaware State in the opening matchup of the Equitation over Fences event championship. The teams tied 2-2 in wins, but the Vixens advanced with an 845-832 score.

Last year, Delaware State got its first win at the NCEA Championship during the Equitation on the Flat event competition. A year later, the Hornets continued to build, taking down UT-Martin in the Reining bracket for a 3-1 win.

Auburn’s Caitlin Boyle capped her career by going out in a familiar spot – on top.

The senior hunt seat rider earned Most Outstanding Performer in the On the Flat event championship, a year after earning MOP in the Over Fences team battle.

Teammate Taylor St. Jacques showed no signs of a sophomore slump as Auburn’s second-year rider was named Most Outstanding Performer in the team On the Flat competition for the second straight year. She was also tabbed the MOP of team Over Fences.

Georgia junior Graysen Stroud added more accolades to her already impressive career. After being named the Most Outstanding Performer in team Horsemanship in 2018, Stroud was honored as the team Reining MOP this year.