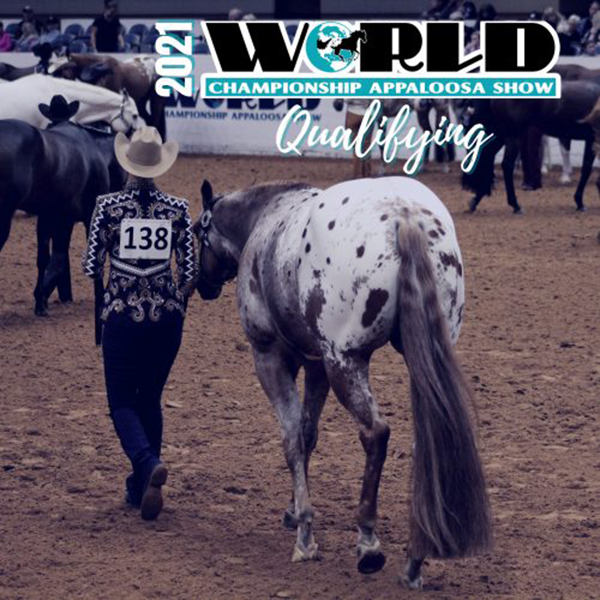 MOSCOW, IDAHO – During their annual Spring meeting Saturday, April 10, the Appaloosa Horse Club (ApHC) Board of Directors voted unanimously to waive all qualifying requirements for the 2021 World Championship Appaloosa Show, scheduled to be held October 29 – November 6 at the Will Rogers Memorial Center in Fort Worth, Texas. The decision was made as a result of ongoing concerns and restrictions due to the COVID-19 pandemic.

Before acting, the Board examined a number of factors, including show cancellations and participation rates at shows held during the first part of the qualifying year, which began in September 2020. Qualifying was also waived in 2020, resulting in an increase in World Show entries.

“This was a difficult decision, but the right one given the circumstances,” said ApHC President Deb Dyer. “While we look forward to another successful World Show later this year, we encourage our members to continue to support our Regional Clubs by participating at their shows.”

Also related to COVID-19 challenges, the Board postponed the Exemplary Regional Club Award for 2021 due to many clubs being unable to hold events.

In other business, the Board gave final approval to renaming Rule 421. Formerly known as the Challenged Horsemen and Appaloosa Competition for Independent & Supported Exhibitors (CHAPS), the program will now be called ApHC Equestrians with Disabilities (EWD). The Board is currently finalizing plans to include EWD classes at this year’s World Show.

Finally, the Board approved the Regional Club Charter application for the Appaloosa Horse Club of Tennessee.