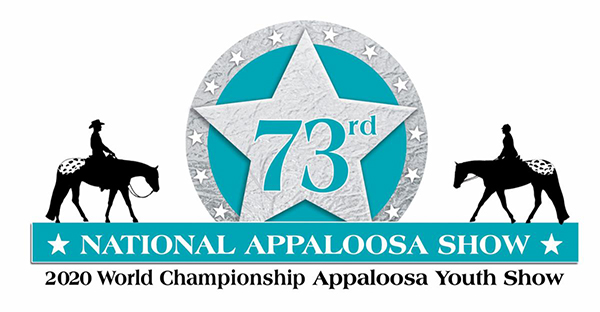 MOSCOW, IDAHO — Citing a wide range of risks related to COVID-19, the ApHC Board of Directors voted unanimously yesterday to cancel the 73rd National Appaloosa Horse Show and Youth World Championships in Fort Worth, Texas, following months of deliberations and fact-finding. The Board concluded that the dangers of moving forward were “too great to ignore” when considering the health and safety of its members, staff and spectators, as well as the financial well-being of the ApHC.

“While this is one of the hardest decisions we’ve ever had to make, it was a decision guided by facts and common sense, not emotions,” said ApHC President Ken Johnson. “We all wanted this show to take place. But travel restrictions imposed by the Governor’s office, our ability to comply with state, local and facility regulations, and mounting insurance liability concerns simply became a mountain too high to climb. Complicating matters were dire financial projections based on several member surveys, which, if proven correct, could have jeopardized the long-term future of the ApHC. In the final analysis, no one on the Board was willing to take that gamble.”

In addition to travel restrictions on its members from New York, New Jersey, Connecticut, California and Washington, as well as parts of Illinois, Michigan and Florida, the Board also took note that the border with Canada will remain closed to non-essential travel until June 21.

“Just this week, we also found out that our insurance company could not guarantee coverage if someone filed a COVID-19 related lawsuit against us,” Johnson continued. “In effect, we’d be ‘flying blind’ by moving forward with the show. That would be totally irresponsible.”

The Board said one of its top priorities right now is finding a way for the Youth World Show to take place later this year, either by securing a new date, or by adding youth classes to the ApHC World Championship Show in October. As a first step to help its youth members, the Board approved a motion yesterday to add an additional year of eligibility for every youth competitor. Details will be released on June 3.

Because of the COVID-19 outbreak, the Board also approved an additional step yesterday to help Regional Clubs. For the remainder of 2020, ApHC will consider approving shows in a split/combined format. Under this format, multi-judge shows may run back-to-back at the same facility so long as there are no more than 4 judges in the same class at any given time.

Split/combined formats typically involve one show being held over the course of one or more days, concluding on an overlapping day in the middle with the second show starting on the overlapping day and then finishing on subsequent days. In order to be approved, these shows must be held by two different Regional Clubs and/or individuals.

As a further aid to Regional Clubs, the ApHC is also working hard to develop new guidelines for safely reopening Regional Shows and plans to post them on its website within a few weeks.

In an earlier action, the Board also waived qualifying for the 2020 World Championship Show and is currently in the process of finalizing a schedule for the show, which will be released in June.