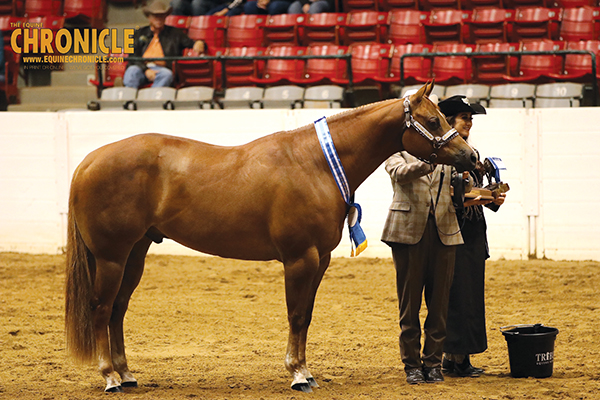 Dinnero recently competed at the NSBA World Show where he won in both the Open and Amateur divisions of his AQHA classes. Interestingly enough, in order to be eligible for the Performance Halter division, Dinnero got his points in Barrels and Poles. According to Mr. Ted Turner, he’s pretty good at it! “To be a Halter horse, he’s really good,” he confirms. “He’s a very balanced, correct, and pretty horse. There are no major faults that you can kill him for. He’s very balanced, and he fits with anybody and anything.” 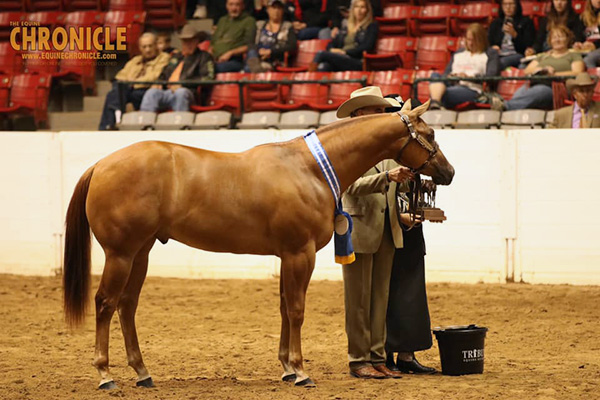 Tom Robertson with He Is The Exception

Next, Tom Robertson led He Is The Exception to win Open Yearling Geldings. Reserve was Dillon Groff with Evenger. Third was Jennifer Noreen with Legendary Kidd. Fourth was Ross Roark with Fahrneit. Fifth was Dewey Smith with Premos Secret.

Jim Roth has been looking for a nice Halter horse for two years and just purchased He Is The Exception yesterday. “Last time I had a Congress Champion was in 2016 with Baby Im Worth It. It’s taken me this long to replace her. He’s got a lot of pretty things about him. He’s really well put together and very balanced. Also, he loves to show.” 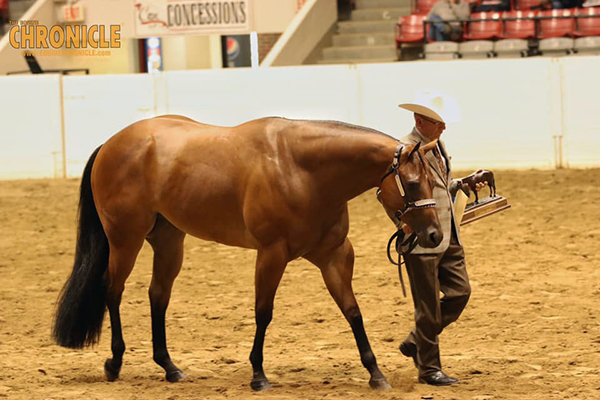 The winner of Open 2-Year-Old Geldings was Ted Turner with Solair. Reserve was Tom Robertson with Elusive Pick. Third was Jason Smith with Emerge. Fourth was Jeffrey Pait with Scorz. Fifth was JT Mitchell with Dejavous.

Ted Turner was at the lead of the pretty bay for owner, Dan Fox, and trainer, John Shepard. It’s been a partnership that has worked, despite the 3,000 mile travel distance. “Last year, Tony Bladen had him and won at the Select World and at the Congress,” John says. “Dan bought him, and he won at the World Show in the Open. Then, he was good enough to leave him with me, and we’re looking forward to the next step.”

Dan explains what he thought the first time he laid eyes on Solair. “I first saw him at the Select World when John was in our barn alley. He was only a year old, and I said, ‘Man, what a horse! If he ever comes up for sale, give me first shot.’ 60 days later, John called and I said I would take him.”

Solair is by his namesake, Solaris, and out of a daughter of I Gotta Cool Secret. When asked what makes this horse so excellent, from a conformation standpoint, Dan had this to say. “All ten points! There’s not one that he doesn’t have. I ain’t bragging, but tell me where you can find something wrong with him. The best part is that my name is on the papers!” 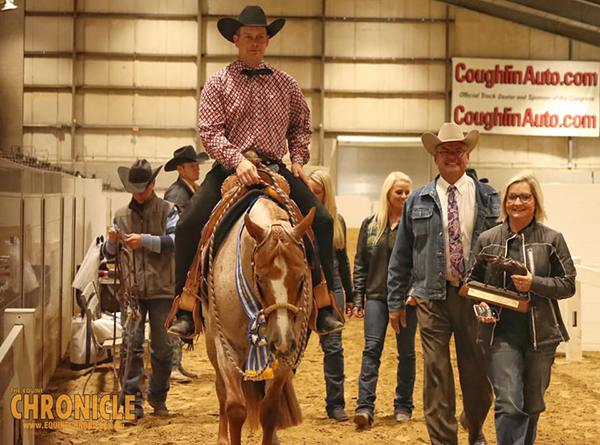 Denton DeBuhr rode Mamma Made Martinis to win the 2-Year-Old Limited Western Pleasure Stakes for Karen Boxell. Reserve was Beckey Schooler with If It Ain’t Dixie. Third was Mike Hachtel with Alternative Facts. Fourth was Nick Mayabb with Drinks R On Me. Fifth was Chase Barnes with Isn’t Shee Awesome.

Open Aged Geldings was won by Ross Roark with Its Gameday. Reserve was Ted Turner with DMM Secret Sinsation. Third was Tom Robertson with Mister Over Easy. Fourth was JT Mitchell with Coos Me In The Dark. Fifth was Andy Staton with Ima Cool Catch. 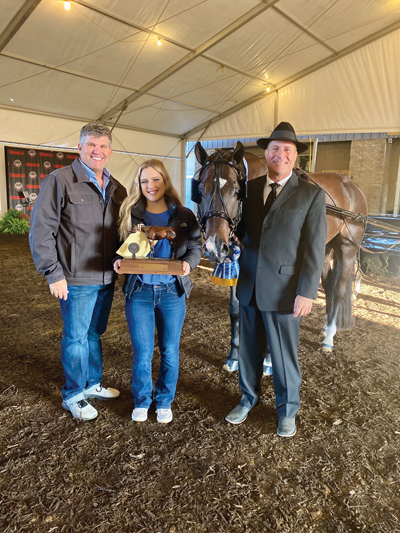