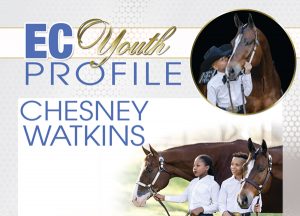 Most people carry a wish list with them throughout life, filled with thoughts like, “Wouldn’t it be cool…,” or “What if…” but the daily routine keeps us from acting on those dreams. JoDee and Jonathan Watkins of Gray Court, South Carolina were no different until 2013 when they read a book titled, Living the Dream by Daniel Floyd. Between 2013 and 2014, they were inspired to offer up 43% of their income to their church, and, in doing so, their lives began to change. They loved animals, and had long-harbored a dream of setting up a working dog training business and kennel.

In a leap of faith, JoDee stepped away from her job as an RN, as a cardiac nurse and sexual assault nurse, and Jonathan left his job as a police officer to forge a new path toward their dream. In 2014, they purchased just over 100 acres in Gray Court, South Carolina, just down the street from Jonathan’s family. They moved the whole crew, AnneDee (14), Chesney (12), and SaDee (10) to the renovated farmhouse on the property. Their son, Elijah, (26) is married and out on his own.

JoDee says, “Our daughter, AnneDee has Williams Syndrome, a chromosomal disorder similar to Down Syndrome, and we adopted Chesney and SaDee through the foster care system. Our family has always loved dogs, and even before we moved down here, we knew we wanted to have a little three-run kennel for our little special needs girl, AnneDee, to run because she will be living with us for the rest of her life. We thought she could take care of people’s dogs when they went out of town, because she’s wonderful with animals. After we quit our jobs, Jonathan went out to Oklahoma City to train under Ronnie Smith, one of the top bird dog trainers in the world and became a professional bird dog trainer.”

Jonathan now owns and runs Pet Commander Kennels and Training, a premier dog grooming, training, and boarding facility on the farm. The state-of-the-art center offers training and boarding for both pet and hunting dogs, employing people with special needs to help care for the animals. JoDee and Jonathan recently opened Haven House on the property, a five-bedroom, five-bathroom house where women in crisis can find a safe refuge.