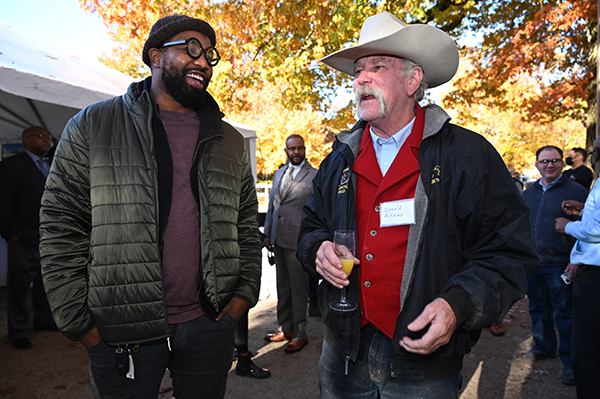 Recently, Work to Ride (WTR), a nonprofit organization that provides horsemanship education and equine sports training to youth from under-resourced communities, hosted a groundbreaking ceremony and launched the public phase of its $8 million capital campaign to renovate The Chamounix Equestrian Center in Fairmount Park. The organization announced that it has already raised over $5.4 million for the project which will update its existing outdoor riding arena and create an indoor equestrian arena for local, regional, and national equestrian events.

Lezlie Hiner, WTR Founder & Executive Director, told event attendees, “The Work to Ride barn has been a home away from home for young people from nearby dense urban communities for nearly 30 years. They have learned to ride, worked hard, and have opened up amazing new possibilities for their lives.” She continued, “The proposed indoor arena and renovations will allow us to expand our program to reach even more young people who can benefit from the experience.” 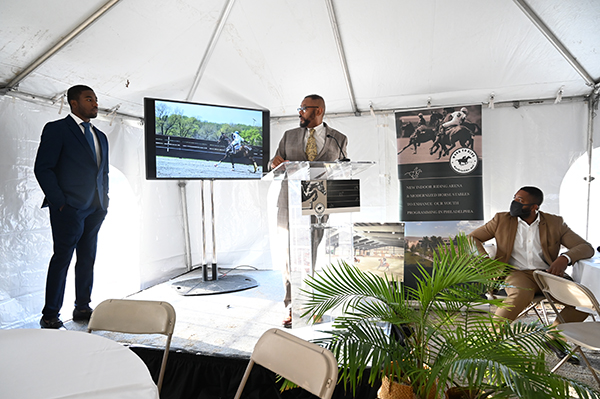 Philadelphia Councilman Curtis Jones, Jr. who attended the campaign launch, told attendees, “On behalf of Mayor Jim Kenney and the Commissioner on Recreation, we are grateful to have the Work to Ride program. I’ve been able to attend a polo match and saw how lifechanging it can be for people who sometimes don’t get to leave 10 square blocks from their house. If you are able to travel and see the world, it changes you forever as you realize that the world is a much smaller place. You actually have more in common than you ever thought possible.”

Kareem Rosser, a board member and alumnus of Work to Ride told guests, “This program is absolutely life-changing. Students who participate not only grow as athletes but develop life skills and lessons that follow them into adulthood.” Now a financial analyst, Rosser participated in Work to Ride as a young boy and used the skills he acquired to become 2015 Polo Training Foundation Male Intercollegiate Polo Player of the Year. He tells the story of his remarkable polo journey in his recently published memoir, Crossing the Line: A Fearless Team of Brothers and the Sport that Changed Their Lives Forever. Rosser shared the WTR board’s vision for the program: “Beyond serving the youth of Philadelphia, our dream is that our demonstration program will inspire others to provide similar offerings so that one day every city will have its own Work to Ride program.” 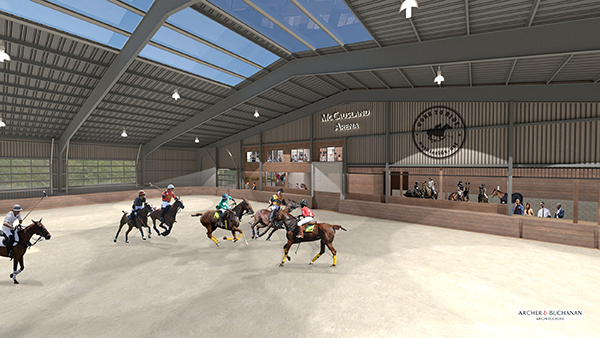 WTR is one of only a handful of programs throughout the country that use equine sports to improve the life prospects and outcomes of urban youth. Recent success stories include 2016 graduate Shariah Harris, who received a scholarship to Cornell University and in 2017 became the first African American woman to play 20-goal polo; and Daymar Rosser, who with his teammates at Roger Williams University, won the 2017 USPA National Intercollegiate Polo Championship. 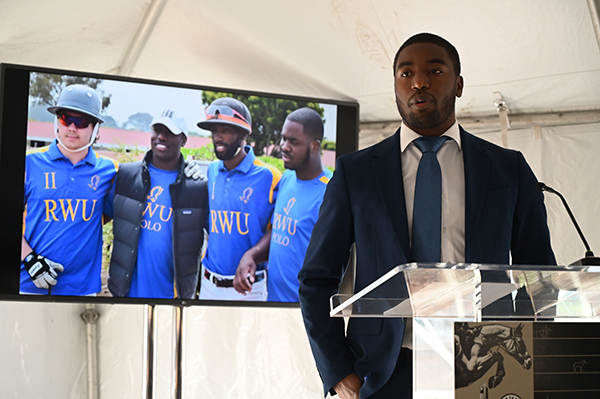 Founded in 1994, WTR has impacted the lives of hundreds of students through its year-round, evidence-informed, equestrian programs that promote discipline, self-esteem, motivation, social development, life skills, academic achievement, and physical fitness. Student participants work to clean and maintain the stables and care for the horses in exchange for lessons in various equine sports, of which polo is a perennial favorite. WTR made history when three of its polo players became the first all-Black team to win the National Interscholastic Polo Championship in 2011.

Work To Ride is a 501(c)3 nonprofit organization that provides constructive activities centered on horsemanship, equine sports, and education to under-resourced youth from ages 7 to 18 years-old while creating positive outcomes for student participants since 1994. The program is housed at Chamounix Stables, located in Fairmount Park, Philadelphia. For information about the Campaign for Work to Ride, or to make a donation, go to www.worktoride.net