Who Were the Winners of the First Recorded Live Virtual Horse Show? 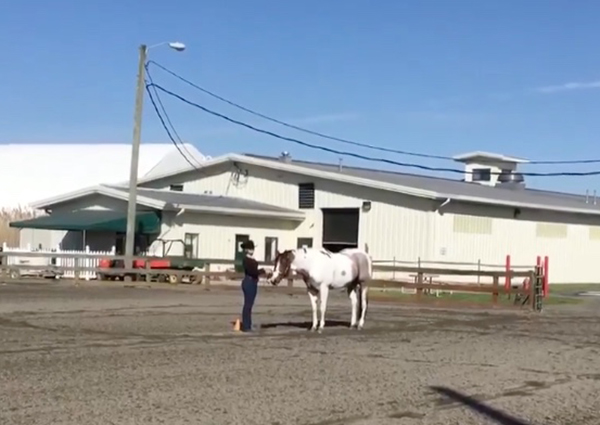 Helping out with the lack-of-horse-show-itis that all of us are feeling, the Cinch Virtual Championship Series just concluded their first event. Thanks to An Equine Production, we have results from the first block of the Virtual Horse Show Championship, which included Showmanship, Equitation, and Horsemanship.

You’ve likely seen many virtual horse shows cropping up on social media, but what makes this one different is that it’s the first to be recorded live. In that way, it’s more like a real horse show, because you don’t have the opportunity to film a pattern five times and pick the best one. It’s as close to a horse show as we can get right now!

The first CVCS Show #1 was scheduled for April 17th-May 2nd with a judges’ pool including John Boxell, Jennifer Leckey, Casey Orr, Teresa Pelton, Mark Russell, Amy Watkins, and Tracy Willis. Exhibitors had to record their videos live to submit as entries. Pre-recorded videos were not accepted.

In addition, this show series is open to competitors and horses across all breeds, and it provides the opportunity for exhibitors to compete against their peers in their own divisions, but also in specific sidepots for added money. Another fun bonus is that exhibitors can request a critique from the judges in order to sharpen their skills for when the real horse shows start up again soon.

In a fun twist, Kathy Avolt went live on Facebook recently to “announce” some of the class placings.

Congratulations to the following winners!

Click on the link below for complete class results, courtesy of An Equine Production.

Stay tuned to www.EquineChronicle.com for results from the second block of classes that included Trail, Ranch Riding, Western Pleasure, and Hunter Under Saddle that took place April 24th- May 2nd.