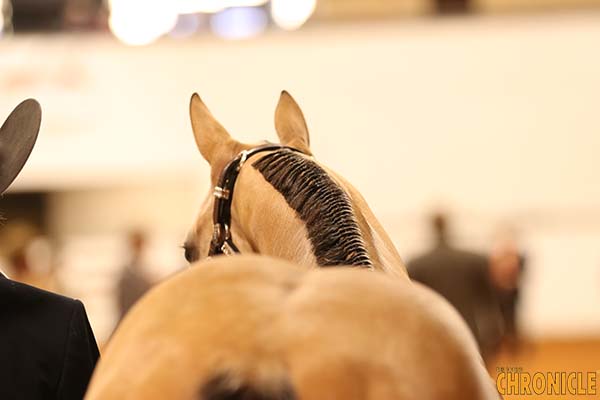 Mister Ed, Diamonds Sparkle, Spirit, Roy Rogers’ Trigger, and Hotshot, what do all these dazzling equines have in common?  They all sport dilute-colored coats! Thanks to the vast world of equine genetics, we are able to bear witness to a huge variety of stunning coat patterns and colors. Let’s unpack a bit of the science behind these flashy hues.

While the concept of genetics can certainly be intimidating, fortunately for us, equine colors are genetically transmitted via simple inheritance, meaning that each color characteristic we see in the horse physically (called the “phenotype”) is coded for with a single gene (the genetic coding can be referred to as the “genotype”).

Each gene will be passed on to a foal in two “halves:” one from the sire and one from the dam. These halves are called “alleles,” which may be dominant or recessive. A horse that is “homozygous” for a particular trait carries two identical alleles (notated, as an example, as BB or bb), while a “heterozygous” horse carries one dominant and one recessive allele (notated as Bb). In the case of simple dominance, which applies to most coat color characteristics, the presence of a dominant allele (the capital letter) indicates that the corresponding dominant trait will always show up regardless of other alleles. 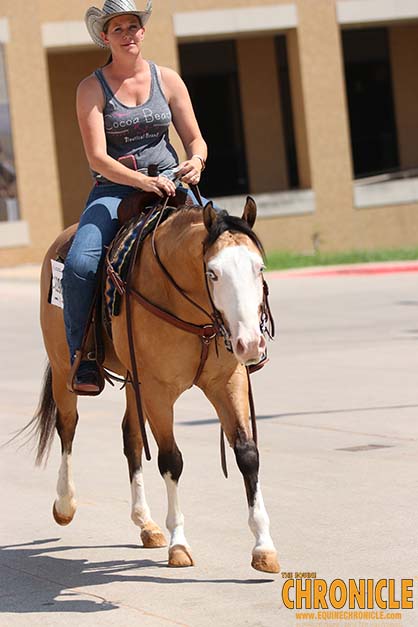 Despite the myriad of colors we see in our equine partners, every coat color is some variant of what we will call “black” or “red” (as in chestnut/sorrel). The gene determining the base color is called the E gene and essentially decides if black pigmentation is present. The first major color modifier is called the Agouti gene or A gene, which includes instructions for where black pigment is to be placed on the body. This is how we get bay horses (brown body color but with black manes, tails, and legs). Other genes such as W and G genes give us white or gray horses, respectively, regardless of any other instructions. If you have a white or gray horse, who knows what colorful genetic secrets might be hiding under there!

The Dun and Cream Genes

Now we are getting to the good stuff – dilute colors! Dun coloring in horses is controlled by a gene known appropriately as the D gene. This gene dilutes both black-based and red-based body colors and is dominant. The D gene has three main characteristics that distinguish it from another common dilution gene, called the cream gene (C or Cr gene). First, the pigmentation of the points of the horse is not impacted. Second, the D gene includes the expression of “dun factors.” Third, homozygosity (DD) does not produce a more extreme dun.

Dun horses will always have points darker in color than the rest of the body. Think a classic dun: tan body color with a striking black mane, tail, and legs! In contrast, the cream gene does indeed have the potential to suppress the pigments in these areas, leading us to the white mane and tail of a golden palomino. 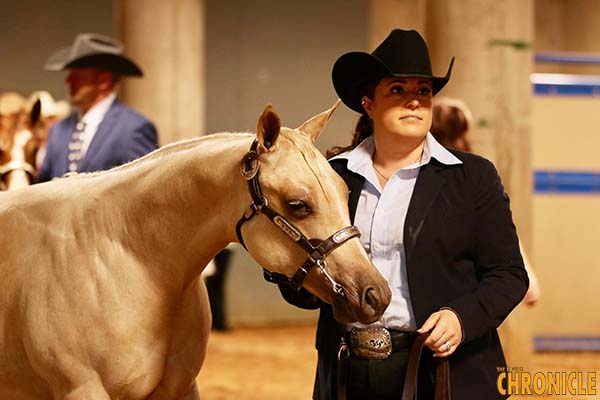 Ever heard the term “zebra legged”? This refers to an expression of dun factors or primitive markings caused by the presence of certain forms of the D gene. This may include leg barring “zebra legs,” shoulder stripes, dorsal stripes, and dark points.

While the D gene may show up differently over different base colors, a horse that is homozygous (DD) for the gene will not necessarily have an “extreme” version of a dun coat. This is again in contrast to the cream gene which induces different “levels” of dilution: “single dilutes” such as buckskins and palominos are heterozygous (NCr) for the gene, while “double dilutes” such as cremellos and perlinos are homozygous (CrCr).

Of course, individuals may have actively expressive copies of both the D and Cr genes, which can be difficult to differentiate by appearance alone. In some cases, genetic testing may be the only way to determine the true color of your horse. Many other lesser-known forms of dilution genes have been identified such as pearl, champagne, silver, and mushroom. 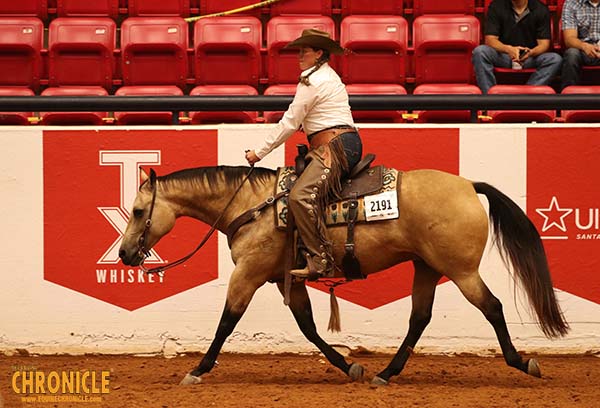 The three most commonly known variants of the dun color are buckskin dun, red dun, and mouse dun (otherwise known as grulla). Buckskin dun is the result of the D gene acting on an otherwise bay animal. A red dun results from an otherwise red or chestnut horse, and mouse dun appears on a genetically black horse.

There are certainly many other variants of the dun and cream colors caused by more complicated permutations of these dilution genes. The names of various shades can differ per breed or breed association. For example, the Norwegian Fjord Horse Registry has a detailed standard outlining five distinct dun variants: brown, grey, red, white, and yellow.

Certain breed associations may also forbid the registry of horses that express dilute characteristics. You may be familiar with the hard-and-fast rule that Arabians cannot be palomino, as it is sometimes considered a sign of genetic impurity! In contrast, there are breeds that are almost entirely dun in coloration, such as the Przewalski’s horse.

From breeding flashy show horses to simply enjoying a quirky-colored equine partner of your own, there are plenty of reasons you might start looking to add a dilute horse to your herd! If you are unsure of the true color of your current horse, plenty of veterinary and research centers offer genetic testing to help you decipher the code.  Regardless of the results, go slip on your jeans and enjoy the work of art those other genes have created for you!