“Where Have All the Horses Gone?” Forum Presents Explanations For Decline in Registered Horses, Impact on Industry, and Solutions For Future 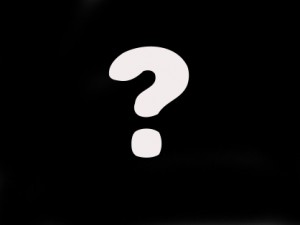 Where have all the horses gone?

(Washington, DC)- On June 24, the American Horse Council held its National Issues Forum, sponsored by Luitpold, the makers of Adequan, in Washington, DC. The forum featured speakers from across the horse industry discussing “Where Have All the Horses Gone?” Leaders from breed registries, racing, showing, the various disciplines, veterinarians and other stakeholders spoke about the decline in registered horses and the impact on their segment of the horse industry.

Several major points emerged from the forum. There has been a decline in the number of foals and registered horses over the last several years that is impacting all breeds and segments of the industry and the leaders of the industry are aware of this decline and are taking action. It was also noted that this is not the first such decline in the number of horses and in previous instances there was later a rebound in numbers.

“People have been talking about the decline in horse numbers for some time, however this is the first time the issue has been discussed in a comprehensive fashion,” said AHC president Jay Hickey. “It was a very good program and attendees now have a better understanding of current conditions and what actions are being taken.”

The forum began with a presentation by Tim Capps, Director of the Equine Industry Program at the University of Louisville. Mr. Capps presented evidence that the industry has experienced several drops in horse numbers and prices in modern history, most notably during the Great Depression and in the mid-1980s. He pointed out the horse industry often parallels the wider economy and the current situation closely mirrors the impact the Great Depression had on the industry. In the past following such declines, growth was often propelled by individuals outside the industry becoming interested and investing in the industry, noted Capps. He believes it will again be important to look beyond current horse industry participants to grow the industry now and in the future.

There was no one reason given by the various speakers for the drop in registered horses. The economy was cited as the single largest factor, but there are likely several others factors as well. Mr. Capps believes the horse industry was in a bubble that peaked around 2004, which was similar to an earlier bubble in the 1980s, that exacerbated the situation. The increasing cost of horse ownership and participation in shows; concerns about welfare; and increased competition for leisure and gambling dollars were all also cited as playing a roll. Speakers from racing, breed registries and horse shows expanded on the issue.

Jim Gagliano, Jockey Club President & COO, reported that the Thoroughbred foal crop has been declining and is responsible for a drop in the number of starts, number of horses in the field, the number of owners, and the number of racing days. Forum attendees also heard what actions are being taking by the racing industry. Mr. Gagliano said the Jockey Club is working to promote the best races, make better use of social media, attract a younger demographic, and develop new owners. Scott Wells, President & General Manager, Remington Park Racing Casino spoke about the need for better customer service in the racing industry. Josh Pons, Maryland Horse Breeders Association related how as an individual breeder he is engaging new owners and getting them started in the industry.

According to Debbie Fuentes, Registrar/Sr. Director of Registry and Member Services of the Arabian Horse Association, between 2004 and 2014 all breeds experienced a decline in registrations, transfers and membership. While the economy is seen as a primary driver in this drop, shifting attitudes toward the value of registration may also play a role. For this reason many breed registries have initiated marketing campaigns promoting the benefits of registration. Breed registries are also taking other actions. Don Treadway, Executive Vice President, American Quarter Horse Association, updated the forum on their “Take Me Riding” youth initiative to introduce children to the world of horses.

The decline is also impacting horse shows and trainers. Julie Broadway, Executive Director of the American Morgan Horse Association (AMHA), discussed the impact on professional horse trainers and said if trends continue there will be more trainers than horses. Members of the Saddlebred, Hackney and Morgan Horse industry have formed the United Breeders Committee (UBC). The UBC is working with stallion owners, trainers, and veterinarians to help reduce the cost of producing a marketable horse and has initiated the “Stop the Drop” campaign that encourages reduced stud fees, reduced collection/booking fees, making mares available for lease and reduced training fees. Lori Rawls, Executive Director, U.S. Equestrian Federation reported participation in breed shows has decreased, but participation in discipline shows has increased.

Service providers are also being impacted. Jeff Blea, DVM, President of the American Association of Equine Practitioners (AAEP) talked about the impact on the veterinarian community and how fewer horses’ means less work for horse vets. Dr. Blea additionally spoke about the AAEP “Touch: Tools to Connect to Your Clients and Their Horses” program to help veterinarians create a long-term, successful relationship with horse owners.

There was wide agreement among all segments that welfare programs are vital to attracting new participants as well as a need to focus on youth and removing barriers that discourage individuals from competing with their horse. All segments agreed on the need for better marketing.

Following up on the need for more and better marketing, Patti Colbert of PCE Enterprises updated the Forum on Time to Ride, an initiative of the American Horse Council’s Marketing Alliance. Time to Ride has launched an ambitious national campaign and contest called the “100 Day Horse Challenge” with a goal of introducing 100,000 new people to a horse experience between May 31 and September 7, 2014. Ms. Colbert reported that the “100 Day Horse Challenge” had accomplished its goal to sign up 1,000 stables, instructors, and others in the horse community to host events. These hosts will now compete for $100,000 in cash and prizes in three different categories based upon size, by introducing new people to a horse experience and several have already hosted their first event.

“The forum clearly identified the problem is not only a decline in the number of registered horses, but also a decline in horse owners and people participating in horse activities. But, there is also good news. Industry organizations are taking action both individually and collectively, like the ‘Time to Ride’ initiative,” said Hickey. “The industry also has one great advantage, the enduring appeal of the horse, and with continued effort on the part of the entire horse community the industry will come out of the current economic climate even stronger.”

The day ended with an update on the industry’s National Equine Health Plan and the Equine Disease Communication Center (EDCC) by Dr. Nat White, past president of the American Association of Equine Practitioners. Dr. White reported the EDCC is very close to being active with work on the website now complete. The EDCC will coordinate and disseminate timely and accurate information about diseases in general and outbreaks when they occur and will play an important role in combating outbreaks and limiting economic damage such outbreak cause the industry.