What Would You Do to Win an All-Around Title? 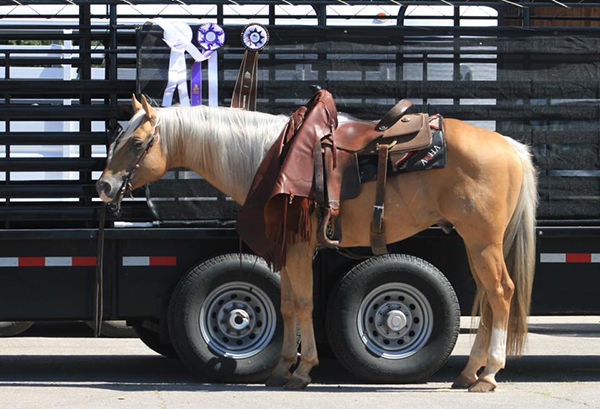 It’s a simple question and one that many a horse show competitor has faced. What would you do to win an all-around title? Would you enter a few extra classes? Get up early to compete in Halter? What about about trying a brand new discipline to squeeze out those few extra points?

AQHA competitor Howdy Smith’s commitment to breeding and raising true all-around horses was on display at the recent Arkansas Quarter Horse Association Stanford Happening when he was faced with this very question.

“I’ve been in the horse industry since early childhood, as I grew up on a working cattle ranch, running cows and raising our own horses,” he says. “My grandfather used to break mules for riding and pulling wagons and oilfield equipment, and he taught me all he knew. My first training ‘job’ I was at eight years old, and I broke a horse for my uncle. I started with registered AQHA horses in my twenties, and I trained professionally for a little over twenty years with my first mentors being many of the early greats of Reining. I still ride with others every chance I get; but, I retired from the public and only train my own horses now.”

“My goal has been to produce great-minded, athletic, little horses that can do anything and that are just fun to ride and enjoy, and it looks like I’m well on my way! I primarily was a Reiner in my career, but the Ranch Horse classes fit us like a glove and showcase all the abilities I wanted to pass on.” 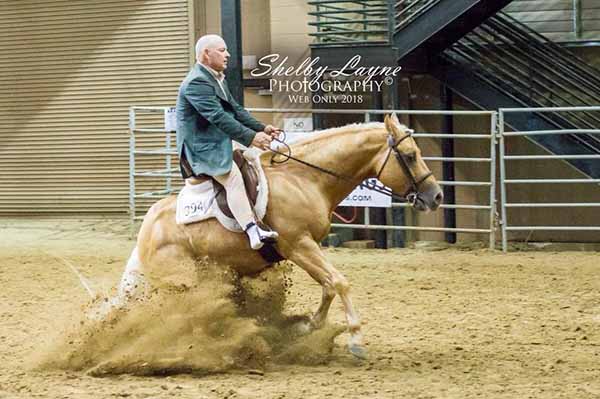 And that brings us to a very unusual photo that broke the Internet a few weeks ago. Why is a Reining horse sliding, while wearing English tack? And why is his rider not wearing any boots?! That horse and rider team is Howdy and his 7-year-old AQHA stallion, Cielos Electric Jac. Given Jac’s breeding by Olena Cielo and out of KC Electric Cowgirl, it’s obvious that he’s best suited for Western events. Jac was the 2014 Ranch Rail Pleasure Arkansas State Champion, 2017 Palomino World Champion in Open and Amateur Reining, Open Ranch Rail Pleasure, and Amateur Ranch Riding, has NRHA earnings of $2,589, AQHA Ranching Heritage Challenge earnings of $2,000, and 103 AQHA points in Ranch Riding and Reining. When he’s not in the show pen, this home-bred, raised, and trained stallion is a real ranch horse that enjoys working cattle and taking an occasional trail ride. So, why is he wearing English tack? We’ll let Howdy explain.

“The ArQHA All Around trophy chase began for me in December of 2017 at the ArQHA show where we only showed in Reining and Ranch Riding. I asked if I had a chance at the title and was laughingly told no, which was correct if I only showed the way I did at that show. But, I took it as a challenge when I realized we weren’t too far out in the points from the leaders. At the next show, we went into the arena over 30 times in every class, but English, and brought home more points. I was still thinking there was no way we could do it, but Jac was willing to rise to the challenge and kept on getting better.”

At the final ArQHA show at the Stanford Happening, Howdy and Jac entered in every class they could, with the exception of English events. On the fourth day of the show, the announcer indicated that the duo was one of the top three teams contending for the title with only 10 points separating each. However, Howdy and Jac were at a disadvantage.

“The other two horses were geldings and could be ridden in the youth and the level 1; but, since Jac is stallion, he could not. Also, the other two horses were ridden by their owners, trainers, and a youth, but Jac only had me. After the announcement, I laughingly stated that if I had any English gear, I would enter him. Within five minutes, full clothing and tack were provided by four different individuals, one of which I’d never met before. I rode English once before, for one of my students who got pregnant right before her futurity, and I won $400. That was back in 2004, but it’s not something I usually do at all.”

Thanks to some help from their horse show friends, Howdy and Jac suddenly found themselves completely outfitted in English tack and attire. “We rushed back to our stall and unsaddled, and I changed clothes. Tack was borrowed from Julie Crossland at her trailer, and I saddled Jac up for the first time in English gear. I can’t remember who brought me the pants and left them on the arena fence for me, and I can’t recall the name of the gentleman, who lent me the sport coat. I borrowed boots, helmet, and a tie from Zach McCarver, a youth we had been showing with, and we had to exchange them between my runs so he could do his right before my last English run. Reining was the next class.”

While waiting on Zach to finish his class and transfer the necessary boots, helmet, and tie, Howdy needed to warm up Jac before Reining. Hence, the photo of Howdy and Jac practicing their sliding stop in English attire, with no boots.

“When we finished our last English class, we stripped back to our Reining tack and went back to work. Most of this group had never seen me ride English before, but we managed to pull it off with a bit of class and flair winning second place in Hunt Seat Equitation. Jac is truly a one-of-a-kind fellow that seems to be passing his gamey athletism and charismatic personality to his colts.”

So, was it all worth it? Did Howdy and Jac claim that coveted All-Around title? They did! This dynamic duo accumulated a total of 189 points to be named the 2017-2018 ArQHA Year-End Open All Around Champions and Reserve Amateur All-Around Champions. They will have to wait and see if they claimed the overall High Point Horse title, which will be announced at the awards banquet in September. 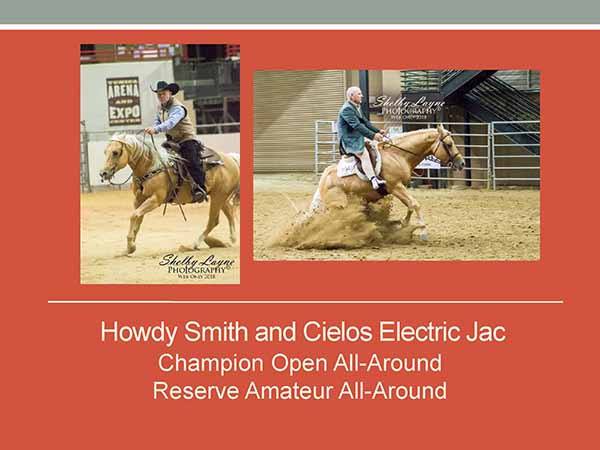 But their journey hasn’t stopped yet. They recently went to the AQHA Ranch World and placed 4th and 7th in Ranch Riding,  8th in Reining, and 12th in Ranch Trail.

What would you do to win an All-Around title?……..