What US Olympian, Shaun White, Can Teach Equestrians, Both Young and Old, About Graciousness in Defeat 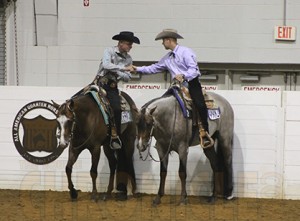 It’s how you handle the defeat, or victory, that defines your character and makes you a true champion.

For those of you who’ve been keeping up with the Sochi 2014 Olympics, you’re probably familiar with the widely reported story about how Shaun White, the US favorite to win the men’s snowboard half pipe competition, didn’t achieve a record third gold medal in the finals. In fact, he finished in fourth place, just off the podium.

While some major news networks are running articles with titles such as “Shani Davis Joins Shaun White and Bode Miller as American Disappointments in Sochi,” a Chicago-based blogger has taken a slightly different approach to Olympic coverage. It goes without saying that while the ever-present media machine will always be front and center to capture those emotional photos of victory, they will also be there to record a detailed account of every disappointing defeat.

While it was likely just a case of unfortunate word choice, describing an Olympic athlete as a “disappointment” is a bit harsh and probably not the best example to be setting for the youth of today. Taking a different stab at it was blogger Shannon Younger on Tween Us, a blog that explores “the world of kids ages 8-12, the tween years, and the challenges that come with them.”

Younger’s piece has an equally provocative title, “Thank you, Shaun White, For Not Medaling in the Olympics.” However, the text that follows is decidedly more positive. Within the post, Younger recounts White’s reaction, describes the heartfelt hug he gave to the new reigning champion, shows the gracious answer he gave to reporters just moments after learning the results, and illustrates how he did not blame the sub-par conditions for the competition’s result. “It just wasn’t my day. I’ll live on to fight another one…”

Although the parallels that can be drawn between snowboarding and horse showing are definitely few and far between, the message is simple. Good sportsmanship goes a long way in any sport. There are, of course, notable differences between the two. Olympic winter athletes must contend with changing weather conditions, whereas most major horse shows are held indoors. However, a snowboarder doesn’t have to worry about a snowboard coming into heat or feeling a bit frisky in the cool weather. Still, the card that trumps them all is the fact that Olympians must wait four, long years before they get a chance to try again. It puts a disappointing World Show performance into perspective, doesn’t it? We get to come back twelve months later.

While Younger’s blog is directed at parents of youngsters navigating their tween years, we feel this particular post conveys a message that spans generations. Even an Olympic athlete, at the top of his or her game, can have a bad day every once in a while, and that’s ok. It’s how you handle the defeat, or victory, that defines your character and makes you a true champion.

A good lesson for equestrians of any age…