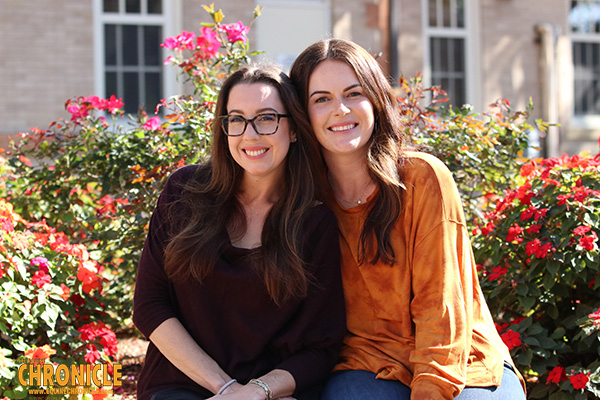 Thanks to the advanced reproductive technologies currently available to the horse industry, on occasion, siblings from the same cross can be produced in the same breeding year. This is often the result of an embryo flush of a show mare that produced more than one viable embryo.

However, while it’s certainly possible, it’s very rare that both siblings actually make it to the show pen, and even rarer still that they both have what it takes to compete at the elite level of this sport.

Angela Wade and Gillian Chant have been friends since they were 14 years old. They both compete as amateurs in AQHA all-around competition under the guidance of Sea Ridge Farms and they do so on full siblings from the same embryo flush. 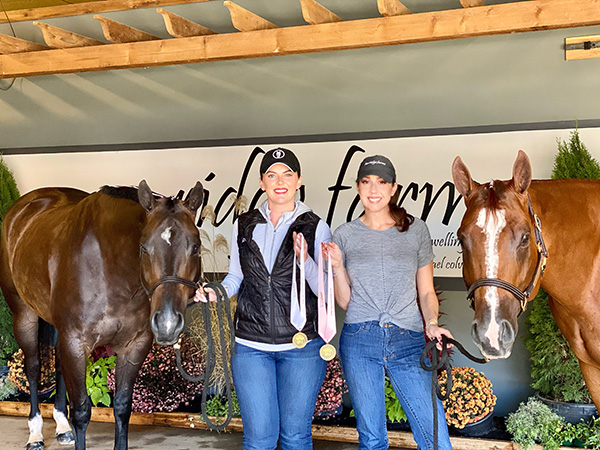 Recently, at the All American Quarter Horse Congress, Angela and Gillian were both in the Top 5 in Amateur Horsemanship with Angela showing My Mama Said So and Gillian with Sleepininthestands. Angela owns “Sally,” a 4-year-old mare out of her longtime show horse, One Hot Drama Mama, who is a Congress, NSBA World, and AQHA World Champion, and by RL Best Of Sudden. At the recent NSBA World Show, Sally was the NSBA World Champion in Junior Trail. Meanwhile, Gillian owns and shows Sally’s full brother, “Sam.” The mother of the siblings, One Hot Drama Mama, has 10+ babies on the ground, and the oldest group is six years old.

Although both horses have identical breeding and are the same age, Angela reveals that they are in fact very different horses. “They have opposite personalities, color, and are pretty different in movement, but very cool in their own respects,” she says.

Gillian first teamed up with Sam at the end of 2020. “I went to the shows in Venice just to ride, and then we started showing in April in Conyers, at the Georgia On My Mind, the Madness, and the Big A,” she says.

The Congress marked Angela’s first time competing in Amateur Horsemanship with Sally. “It was our debut showing in a class outside of Trail,” she says. “Nerves aside, it was a lot of fun, and I was pretty proud of how she stepped up in the ring. Flying lead change and all. She’s incredibly smart and so much like her mother when it comes to learning something new. I’m lucky to have her.” 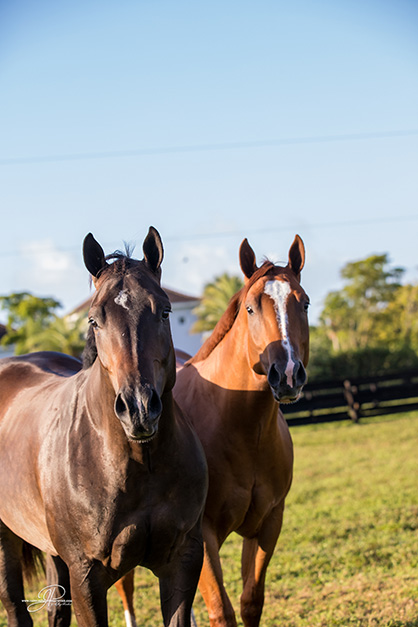 “You don’t know what to expect when you go in there, especially on a baby. When I went in for my second pattern, I really pushed him and got my lead change both times, which was a big win. This was my first time making the call-backs in Horsemanship since I was a youth competitor. Once I made the rail work, I wanted to get into the Top 10. The farther they got down in the placings, the more excited we became. We kept looking over at each other. It was awesome!”

Angela feels very grateful to have had such a unique experience with one of her closest friends. “I think it’s incredibly special for me to be able to show the mother and the babies. I don’t know if Peaches cares too much for her children, but I love them all! I will say that I think we’re both very well-matched to our horses. They have similar personalities to us.”

Gillian would like to credit Shayley Beaton, Michael Colvin, Patty Vatterott, and the Sea Ridge Farms Team for their expert guidance and continuous encouragement. “With the babies, it’s hard not to override. You need to trust your preparation. Don’t go out there and do anything extra. We both followed through on that,” she says.