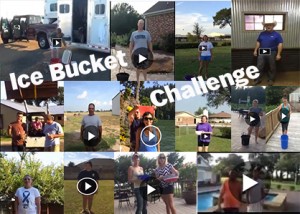 Unless you live in the far reaches of Outer Cambodia, you’ve probably heard about the ALS Ice Bucket Challenge. With numerous celebrities, entrepreneurs, talk show hosts, and public officials ranging from Oprah, George Bush, and Mark Zuckerberg to Justin Timberlake, Tom Cruise, and Lady Gaga having participated, the viral video sensation has quickly turned into a lucrative fundraising opportunity.

As of Thursday, August 21st, The ALS Association indicated they had received $41.8 million in donations compared to $2.1 million during the same time period last year (July 29th-August 21st). Even more astounding is that while some donations have come from existing donors, they have counted 739,275 new donors as well.

“Our top priority right now is acknowledging all the gifts made by donors to The ALS Association,” says Barbara Newhouse, President and CEO of The ALS Association. “We want to be the best stewards of this incredible influx of support. To do that, we need to be strategic in our decision making as to how the funds will be spent so that when people look back on this event in ten and twenty years, the Ice Bucket Challenge will be seen as a real game-changer for ALS.”

According to The ALS Association, the medical name for the condition is Amyotrophic lateral sclerosis, more commonly known as Lou Gehrig’s Disease. ALS is a progressive neurodegenerative disease that wreaks havoc on nerve cells in the brain and spinal cord, which can lead to a lack of muscle movement control and partial or complete paralysis. Because there is no known cure for the disease, one focus of The ALS Association is to raise funds for much needed medical research and the discovery of new treatments.

What is the Ice Bucket Challenge?

The basic premise behind the Ice Bucket Challenge is to record a brief video of yourself being doused with a bucket of ice water. Then, upload the video to social media and challenge several of your friends to do the same. Your friends have 24 hours to complete the challenge and pass it on, or they must donate $100 to the cause. Granted, many participants have been doing both the challenge and donating to charity.

According to a piece recently posted by TIME Magazine, the original Ice Bucket Challenge wasn’t associated with any specific charity; participants would simply choose the charity of their choice for a donation. Through the power of social media, and support from a few ALS advocates, the Ice Bucket Challenge has taken on a life of its own and has even spread to the horse industry.

With these videos spreading like wildfire, it’s almost impossible to keep track of how far and how fast the challenge spreads. Like with anything, there are naysayers who claim the challenge is just another social media stunt and they doubt how many people are actually donating funds to the cause. However, numbers don’t lie, and the most recent figures from The ALS Association show that the Ice Bucket Challenge is working, not only to raise funds, but, at the very least, to raise awareness about the disease.

Check out what a few of our friends in the horse industry had to say about participating in the Ice Bucket Challenge.

Sandy Jirkovsky– “I was nominated by Andrea Simons and of course had to take the challenge. I nominated my J Bar S team member Mackenzie Fallis, clients and friends Karen Lewis, Chris Busboom, and my soul sister Wendy McCain. I think this is a great way to support such a great cause as ALS. It is wonderful seeing the horse community pull together for this cause. Everybody has been such great sports, and the dollar donations have been phenomenal! We wanted a way to cover all three of us, and Cowboy Jim was more than happy to accommodate us with the Bobcat! It was definitely a shock to the system, but it felt good knowing we were helping raise awareness for ALS!”

Kristy Starnes- “Nika Vilcins, one of our youth girls, nominated me. At first, I had no idea what the challenge was about. After googling it, we found out more about ALS and the challenge to try and raise funds for research. I think it is a great way to use social media. My feed is filled up with people taking the challenge. I just hope they are donating as well as wasting ice water! I figured it would be cold, but it takes cold to a whole new level! Thank goodness it was 100 degrees in South Carolina when I did it!”

Arturo Maestas– “I was nominated by Alison Muzyka, and I nominated Shannon McCulloch, Becky George, and Sara Simons. I thought it was a really good, fun idea to raise money for ALS. I think this is a great example of how social media can be helpful and informative for such things as ALS. Even though it was cold, it was wonderful to be part of a great cause.”

Wade Parks– “My wife [Carly Veldman Parks] nominated me. When I first heard about it, I wondered if it was real or just another Facebook thing. I did some looking into it and discovered that people were actually donating. ALS is a horrible disease that takes away people’s normal lives. I feel social media was the perfect way to raise awareness. With the amount of Facebook users, there is no other way to reach that many people as a single human being. I nominated Melvin Mosley, a great customer of ours who owns Sensational Design; Julie Veldman, my sister-in-law; her fiance Mike Harris, and my brother BJ Parks. All of the people I believe will do the challenge but most importantly make a donation. It was freaking cold! That was 50 gallons of water plus 64 pounds of ice.”

Click on these links to find out more about the Ice Bucket Challenge and to see some pretty hilarious videos.

What is ALS?- ALS Association

Just a few Horse Industry Participant Videos that have been posted to Facebook. 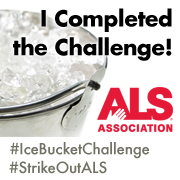