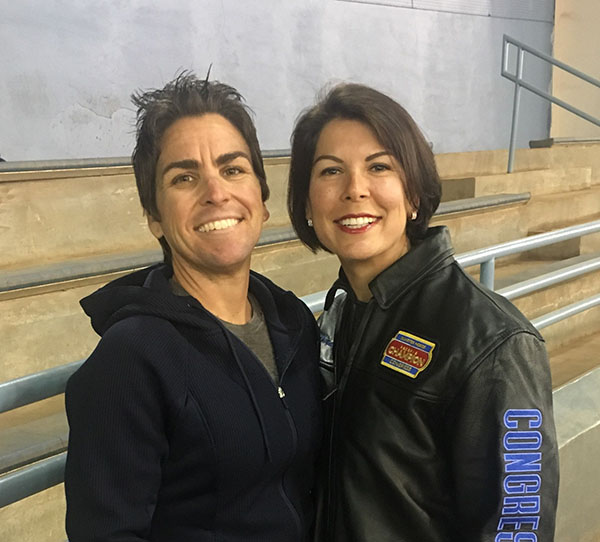 We would like to send our thoughts and prayers to Lisa Ligon as she recovers from a horse accident that took place on December 28th. EquineChronicle.com had the opportunity to chat with Lisa today and she confirmed that she’s on the mend. “The horse actually slipped and fell down with me. I broke three ribs and had pneumothorax, which is where air collects outside of the lungs. I had to take an ambulance ride, which I don’t remember, and I had a slight concussion. They kept me overnight, and I’m really lucky that the air outside of my lungs resolved itself.”

Originally, Lisa was set to head out on New Year’s Day to judge the Florida Gulf Coast Quarter Horse Show. However, because of doctor’s orders, she’s not supposed to fly for at least 60 days, not to mention that she was in no condition to judge.

While the broken ribs are causing considerable pain, Lisa is still finding some chores that she can do around the barn. “I can go to the barn and lead horses around, but I can’t lift anything. Broken ribs typically take around four to six weeks to heal. The doctor said that at four weeks I would feel a lot better, but I probably won’t be riding before six weeks. But, let’s be clear, what horse person listens to doctor’s orders?!”

We send our thoughts and prayers to Lisa as she recovers and hope that she’s back in the saddle soon!