The Bradshaw Bunch Coming to a TV Near You 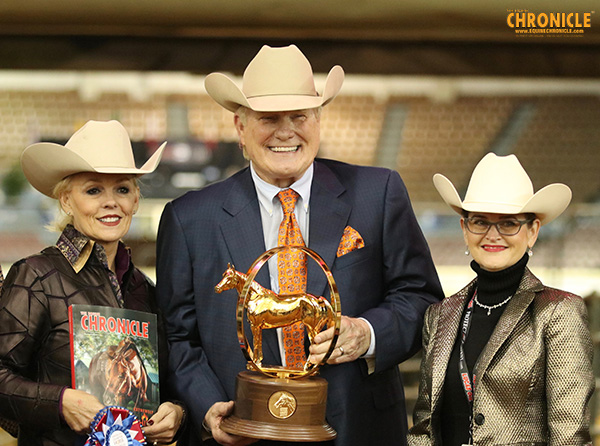 Here’s the story of a man named Bradshaw.
Surrounded by four, very lovely girls.
All of them had hair of gold, and teeth so white.
E! said, “Let’s film a show.” He said, “Give it a whirl!”

Here’s the story of a man named Bradshaw.
Breeding Quarter Horses on his farm.
Once a quarterback for the Steelers.
Now it’s family BBQs and grandchildren on his arm.

That’s right, folks. The long awaited reality TV show starring Terry Bradshaw and family is set to premier on E! September 17th. The show will give viewers an unprecedented inside look at life on Bradshaw’s farm in rural Oklahoma with his wife, Tammy, and daughters, Rachel, Erin, and Lacey, with guest appearances by his grandchildren.

Perhaps best known as notable number 12 for the Pittsburgh Steelers, Bradshaw has a variety of movie and TV credits to his name, including Father Figures, Failure To Launch, The Cannonball Run, and Better Late Than Never. But this is the first time that his family will be joining him for all the hijinks and hilarity.

“I thought this would be funny and entertaining, especially if I could get my wife and three girls to do it with me,” Bradshaw says. “I wanted it for them, so they could have fun and experience this part of my life. My agent set up a meeting, pitched the idea, and the next thing you know, E! Entertainment wanted the show!” 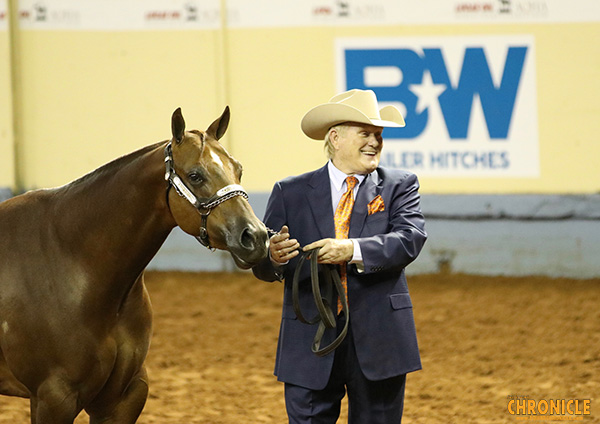 A few months later, the family shot a pilot, the test audience loved it, and The Bradshaw Bunch was born. “My wife and I plan on being out of this world when this airs Sept 17th on E!, Bravo, and USA,” Bradshaw jokes. “It will either be the first of ten shows or the last!”

All joking aside, Bradshaw confirms that The Bradshaw Bunch has a contract for two years, or 20 episodes. Filming certainly hit a snag earlier this year, due to the COVID-19 pandemic, but things are up and running again. “We started filming in February and then COVID hit, so that shut us down for three months. We just picked up again, filmed for seven weeks, and we finished two weeks ago.”

Given that most of the filming thus far has taken place on Bradshaw’s ranch, the audience will get to see plenty of his Quarter Horse breeding operation, including his 12 stallions, like Telasecret, Intuit, and Initials Only, and 170 broodmares.

“There is a lot of footage of the horses in the first ten shows,” he says. “Riding horses and showing Halter horses is so much a part of our lives. My seven-year-old granddaughter is showing horses now. She’s got the bug.”

“During this pandemic, we couldn’t really travel anywhere to film. I believe the only place we filmed off the ranch was in Washington, DC for the USO Banquet. It’s a reality show, so you never know where we could end up. We could go to Hawaii where my grandkids live. There are endless possibilities.”

Part of the plan for season one was to follow the clan to two horse shows; but, that of course, had to be put on hold for the time being. “I think this will be good for the Quarter Horse industry. Shows like Yellowstone have done a good job of using Cutting and Reining horses. I’m a horse breeder, so our whole business is focused around broodmares and stallions.”

“I really don’t know how the season is going to play out. It’s going to be pretty doggone crazy though. We have family cookouts, challenges in the pool, and family chaos.” 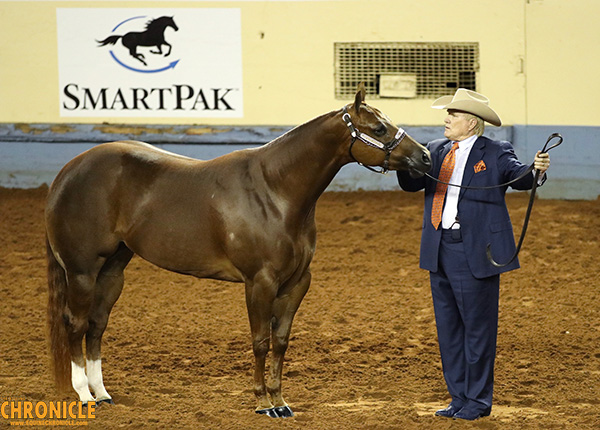 But Bradshaw makes it clear that you shouldn’t expect to see the type of family drama that’s associated with other reality TV shows like The Kardashians. “I had to sit them down and say, ‘This is how it’s going to work.’ That’s where I put my foot down. This family doesn’t have drama, and if we do it’s because I’m always outnumbered by girls!”

“My granddaughter is the star of the show. The only problem we’ve had with her is the part when you have to sit down and talk to the camera. She didn’t like that at all. I told them that if they get two minutes not to push it! It took a while for them to really keen in on everybody’s personality and find out what works.”

Bradshaw explains that filming a reality TV show isn’t a piece of cake. The crew often arrives at eight am to get set up, and they film from nine am to six pm. “We can film five to six days a week,” he says. “It takes all week just to produce one episode.”

When Bradshaw isn’t cracking up the camera with his trademark sense of humor, he’s just enjoying time with his horses and family. Coming up, he has plans to attend the Palomino World Show, WCHA Futurity at the APHA World Show, and AQHA World Show. Bradshaw might even make an appearance, competing himself, in Halter classes at the AQHA World Show.

We certainly can’t wait to see the stock Bradshaw will be bringing to the World Championships, as well as what’s sure to be a rip roaring good time when The Bradshaw Bunch hits the air this September. Stay tuned… 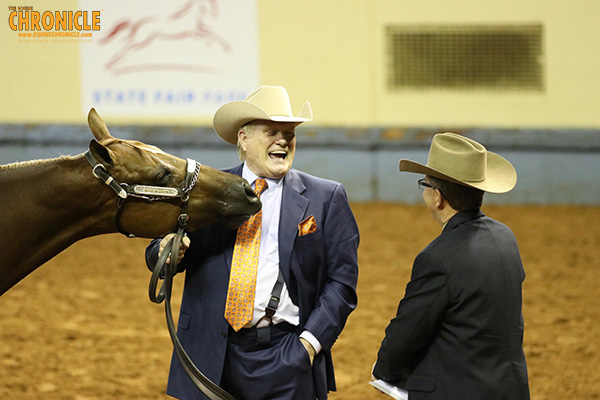