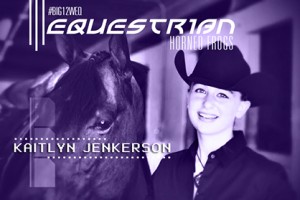 “We are excited to add Kaitlyn to our Western team,” said Walter. “She is a very smart and talented young lady with the drive and dedication to be a successful student-athlete.”

Jenkerson, who hails from Cornelius, Ore., comes to TCU after claiming 2013 APHC Reserve World Championship and Novice High Point honors. She also earned 4X Reserve Champion accolades at the 2010 PTHA World Show. Jenkerson will graduate from Hillsboro High School where she played softball and soccer, while also being a member of the equestrian team.