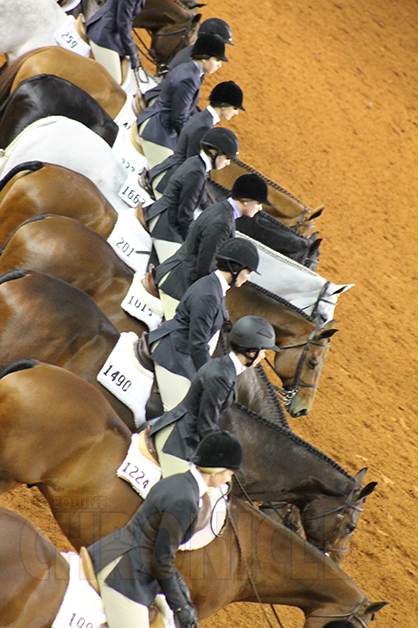 A rider that is too heavy for a horse could cause temporary lameness and signs of pain, according to recent research.

The potential health and welfare implications of a high rider: horse body weight ratios were explored in a pilot study led by Dr Sue Dyson, Head of Clinical Orthopaedics at the Animal Health Trust’s Centre for Equine Studies, Newmarket.

Six horses were used for the study. All were in regular work and were not lame. They were ridden by each of four riders of differing weights: Light (L), Moderate (M), Heavy (H) and Very Heavy (VH).

The riders each performed a standard 30‐min “Dressage‐test.” The research team looked for signs of lameness (graded 0-8) and behavioral signs of pain (scored 0-24). The test was abandoned if signs of lameness reached 3 or more in one limb or 2 or more in multiple limbs. Lameness was assessed by Dyson and confirmed using objective gait assessment date from inertial measurement units placed over the pelvis, withers, and poll.

Similarly, if 10 or more behavioral markers of pain, (such as ears being held back, constant moving of head, tail lashing) were seen, the test was stopped. The researchers found that all 13 H and VH rider tests were abandoned (12 for lameness and one for pain-associated behavior). In contrast, only one of 12 M rider tests was abandoned for lameness.

They reassessed the horses moving in hand 45–60 min after any abandoned test. At that stage, all horses trotted sound. At the end of the study, all horses moved well when ridden.

The conclusion was that large riders can induce temporary lameness and behaviors consistent with musculoskeletal pain. The researchers suggest that this may relate to rider body weight and/or weight distribution. They noted that moderate and heavyweight riders had markedly different test abandonment rates, despite having similar Body Mass Index (BMI). So, they suggest that body weight is probably more relevant than BMI.

Dyson said, “The results indicate that every rider, and especially heavier riders, should ride a horse or pony of appropriate size and fitness for the rider’s weight, with a saddle that is correctly fitted for both horse and rider.”