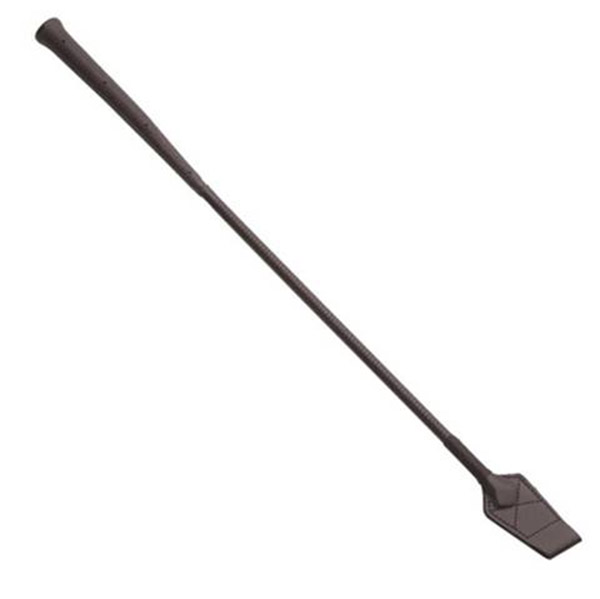 On ISES 2019 Presentations By:

Kirstin Spencer-Evaluation of Whip Use in British Show jumping

Whip use in equestrian sports is currently a highly debated topic across the industry. Two presenters, Jane Williams and Kirstin Spencer, at the 15th Annual International Equitation Science Conference shared insight on whip use and its perception in riding sports. Previous research has focused mainly on whip usage in the racing industry; however, it is necessary to evaluate all disciplines in order to effectively address whip usage concerns and any welfare issues.

A survey conducted out of the United Kingdom revealed 72% of respondents ride regularly with a whip when doing roadwork, hacking, schooling and or lessons. Nearly 70% of survey participants agreed that whips should only be used by experienced riders. Additionally, the great majority wanted to see tighter restrictions on whip usage in competitions including warmup. Those surveyed were asked to share how they use whips. The majority responded that they are used to reinforce aids, for training, and should be used lightly and never continuously out of aggression or frustration.

Dr Williams said, “It is encouraging to see most riders believed the whip should be used as a training aid, however when asked how and when to use it in this way, this was not always aligned to how horse’s learn, outlining a need for increased rider education.”

Another study evaluated streamed data recordings of British Show jumping affiliated competitions between August 2018 and January 2019.  This study included 285 horses and riders competing at heights between 0.8m and 1.25m.  Statistical analyses were conducted to determine if and how whip usage related to performance. The findings revealed that approximately 76% of riders carried a whip of which 14% of those riders actually used their whip in competition.  Additionally, this study found that increased whip usage correlated with decreased performance (increased faults).  These findings compliment previous studies published in 2012 and 2013.

Ms Spencer said, “Observations found whips often being used with poor timing, which may reflect rider education issues such as misunderstanding a horse’s cognitive ability and how it learns. Potential issues were also recognized within BS regulations, for example, significant use took place while riders held their reins and BS technically excludes this type of use. Initial findings raised further questions as to the efficacy of using a whip to enhance horse performance in BS competition.”

There is an appetite for changes in whip use and training. This will require riders/trainers/coaches etc. to understand how horses learn. Understanding how horses learn will lead to effective rider decision-making regarding when and how to use a whip if necessary.  More research is needed to better understand how whips are used across the industry and in competition. Investigating what is currently considered normal will provide insight on how to best establish and change regulations in order to protect the welfare of our equine partners and preserve our equestrian sports.