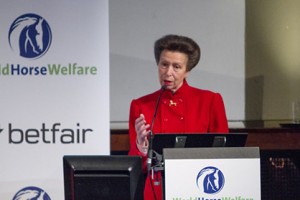 Marking the anniversary of the horsemeat scandal, Horse & Country TV will broadcast a special program featuring HRH The Princess Royal’s speech from the recent World Horse Welfare Conference, which considered ‘Horses in the Next Generation.’

This is the first time The Princess Royal’s speech, in which she suggested that horse welfare could be improved by the commercial sale of horsemeat in UK supermarkets, will have been shown in full on national television. The show will premiere on Horse & Country TV on Wednesday, January 15.

In her speech, Princess Anne suggested British attitudes towards eating horsemeat may have to change in the face of Britain’s ‘Horse Crisis’ where almost 7,000 horses are at risk of neglect and abandonment.

The former Olympic eventer said: “Should we be considering a real market for horsemeat and would that reduce the number of welfare cases, if there was a real value in the horsemeat sector? I chuck that out for what it’s worth because I think it needs a debate.”

She continued: “As I was reminded not so long ago by somebody who traveled in France, the most expensive piece of meat in the local butcher was a filet of horsemeat.”

“We’ve got to understand whether that value has a part to play in how we reduce welfare cases, because… if it has real financial value then you look a bit further ahead in the way in which you look after your animals.” 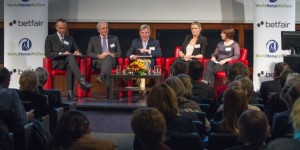 The comments rekindled the debate that roiled the UK during the early part of 2013 after the discovery of horse DNA in processed food products on sale in UK and Irish supermarkets, resulting in a series of product recalls and throwing the spotlight on the food industry’s supply chain, testing procedures and food labeling.