Each New Year brings about new beginnings. In the horse world, the turning of a calendar page brings excitement for a fresh show season with many newly formed horse and rider teams making their debuts. In 2016, these four teams will strive to compete with the best of the best with the hopes of growing together and achieving their lifelong goals. 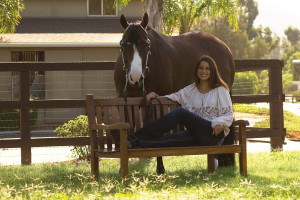 Cori Cansdale, a 14 year-old high school freshman from Laguna Beach, California, is excited to be gearing up for 2016 with her new partner, Promotional Asset, a 12 year-old bay gelding known as “Chucky” around the barn. An accomplished veteran in the show pen, Chucky has won numerous awards, including the all-around national youth title in 2014 with his previous owner, Lauren Diaz. The introduction was made when Cori, her mother Jennifer, and trainer Jill Newcomb flew out to ride Chucky at Piper Performance Horses in Sunbury, Ohio, right after they finished showing at the Redbud Circuit. Cori was immediately drawn to the striking bay gelding. She felt an instant connection with Chucky and they got along perfectly during their first ride together. “I couldn’t stop smiling the entire time I was riding him. He’s just amazing, and I loved everything about him,” Cori says.

Chucky was shipped to Jill Newcomb’s barn three weeks before the AQHA Youth World Show. Wanting to surprise Cori with her new horse, Jill decided to hide him in the other barn when Cori came to ride and prepare for the Youth World with her horse, Hot Chips Ablaze. Cori got a huge surprise when she unloaded Chucky off the trailer as soon as they arrived in Oklahoma City and she found out that he was all hers. Cori and Chucky spent a lot of time practicing and getting to know each other during the Youth World Show and made their debut at the Show Your Colors Circuit held in conjunction with the NSBA World Show. Their debut resulted in a circuit championship in Horsemanship and the Reserve All-Around youth title for the show.

Looking ahead, Cori will move up into the 14-18 division in 2016 and hopes to be competitive with the older youth and qualify for the Youth World by showing at the major circuits all over the country. She hopes to become a stronger team with Chucky at each horse show and is so grateful to have the opportunity to ride such an amazing horse. “He is sweet and wants to please all the time. He is always ready to go to work, and he is so consistent. He really helps me to be confident,” Cori says. She would like to thank her mother, Jennifer, and father, Mark, for their love and support and for helping her realize her dreams. Watch for Cori Cansdale and Promotional Asset at all the majors this year; they will surely be a force to be reckoned with in the pen. 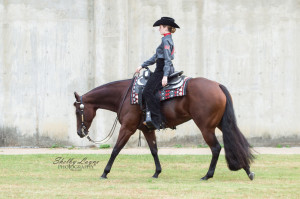 Sidney More, a 15 year-old high school freshman from Franklin, Tennessee, is excited to be gearing up for 2016 with her new horse, Suddenlee Single, a beautiful, 5 year-old bay mare that is known as “Sissy” around the barn. Sidney and Sissy joined forces right after the NSBA World Show. Sissy has already collected numerous accolades in Western Pleasure including circuit championships, High Point awards, Top Five and Top Ten finishes at the Congress, NSBA World Show, and a unanimous win in the 2013 Super Sires 3 Year-Old Non-Pro Limited Division at the Reichert Celebration with Brittany Bevis. Sissy first began her show career solely in Western Pleasure futurity classes, but now she has branched out to include other Western all-around events such as Showmanship, Western Riding, Horsemanship, Performance Halter, and Trail.

Sidney and her trainer, Judson Smith, were drawn to Sissy immediately. They loved her expression, strong topline, and the fact that she could be competitive in Western Pleasure, handy enough to excel in all-around events, and pretty enough to win Performance Halter. They were looking for a younger horse that was still fresh and learning all-around events so she and her new horse could grow and learn together. Before purchasing Sissy, Sidney had primarily shown Appaloosas (ApHC) with top finishes at the Nationals and Youth World in Western Pleasure, Horsemanship, Equitation, and Showmanship. Sidney has prior experience in all-around events, but there will be a learning curve since Sissy is more sensitive and skilled than other horses she has shown in the past. Sidney is looking forward to growing and becoming a team with Sissy and is excited and hopeful that they will be partners for many years to come. 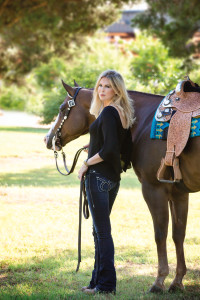 Susan Juroe of Longmont, Colorado, is looking forward to the 2016 show season with her new AQHA/APHA gelding, First N Line/I’m First N Line, also known as “Kenny.” After the untimely passing of her great APHA mare, Too Sleepy for Candy, Susan and her trainers, Tim and Shannon Gillespie, knew they had very big shoes to fill. After many unsuccessful attempts to find Susan a new mount, this 5 year-old sorrel gelding caught Shannon’s eye at the Redbud Circuit. Shannon knew he was the perfect horse for Susan. Kenny, already a Congress Champion in Western Pleasure as a 2 year-old and earner of over $13,000 in NSBA monies, has also been shown successfully in Trail and Western Riding. He was previously owned by Eric Mendrysa and shown under the guidance of Reid Thomas and Brynne Bassler. “I got a phone call at a very odd hour from Shannon saying she had found the perfect horse for me,” Susan says. Although Kenny was not registered with APHA, Shannon said she thought he would be eligible with the recent passing of the crop-out rule

Susan, a very successful breeder of APHA and AQHA winners, is always studying bloodlines and successful crosses. She has always loved Kenny’s sire, RL Best of Sudden, and his offspring and was excited to learn about his lineage. “I love their conformation, versatility, and longevity,” Susan says. Shannon was enthusiastic about Kenny and confident that he would be a match for her. She trusted her trainer and loved his breeding, so she bought Kenny sight unseen. It has been a match made in heaven.

Susan and Kenny have already had success at their first few shows together with class wins in Western Pleasure, and Shannon has had class wins with Kenny in Trail and Western Riding. Currently, they are gearing up for the APHA World Show where she will show Kenny in Western Pleasure and Shannon will show him in all-around Green and Junior events. Susan has spent many years focusing on rail classes, resulting in many APHA World Championships in Western Pleasure and Hunter under Saddle. She is very excited to branch out and explore the fine details that go into all-around events. She said she looks forward to showing in Western Pleasure, Trail, and Horsemanship as well as adding Equitation and Western Riding when they’re both ready. She also mentioned she is looking forward to having the opportunity to show Kenny at both AQHA and APHA events. Susan is gearing up for 2016 by flying to Texas as often as her busy schedule permits to get plenty of practice as well as getting to the shows early to spend as much time with Kenny as possible. She is hoping to get qualified for the AQHA Select World Show in 2016, but most of all, she is looking forward to developing a partnership with her horse and becoming a more versatile team at each show. 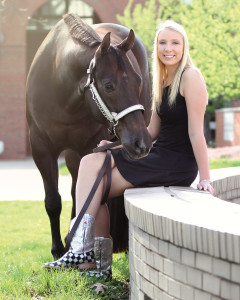 Emma Brown, a 15 year-old sophomore from Zanesville, Ohio, has had an amazing start with her new partner, Some Hot Potential. She paired up with this 8-year-old bay gelding also known as “Brett,” in 2015, and she’s excited about their first full year together in 2016. After the untimely passing of her mare, Sitting on Slow, who she showed in 13 and under events, Emma took a long break from showing in all-around classes. She primarily focused on Western Pleasure with her horse, Time is Lopin By, with whom she won numerous titles including a top five finish in NYATT Western Pleasure at the Congress, Top Five in 11 and under Western Pleasure, and a semifinalist finish at the AQHA Youth World. After focusing on Western Pleasure for many years, Emma decided it was time to get back into all-around events.

As luck would have it, her barn mate and friend, Bailey Mierzejewski, was going away to college to compete on the South Carolina Equestrian Team and wanted her gelding, Some Hot Potential, to find a good home and stay in the training barn of Judd and Jennifer Paul. Bailey and Brett had a very successful show career together, winning the Horse of the Year 14-18 award in Ohio, accumulating top Congress placings along with an AQHYA Reserve World Championship in Trail. Emma has been riding with Judd and Jennifer for four years. She had seen Brett show since he was a young horse and knew he was trained to do all-around events. Emma knew right away that he was the perfect horse for her. “I love the way he rides. He is very smooth and really helps me keep my Horsemanship body position. He is very even-tempered, mellow, and has no quirks. He is the same in the show pen as he is in the warm-up pen, and it’s obvious he loves his job,” Emma says.

After she and Brett became a team, they immediately hit the ground running and were circuit champions their first time out at the March Madness in Wilmington. They also showed at the Youth World where they were Top 15 in Trail. After the Youth World, this team went on to the NSBA World Show where they were Reserve World Champions in Trail. They are already nationally qualified for the 2016 Youth World in Trail, Western Pleasure, Showmanship, and Performance Halter Geldings and are currently Top Five in the nation in the all-around division.

In addition to showing horses, Emma is also a cheerleader and plays basketball at her high school. She stays very busy balancing cheerleading and basketball practices with her busy practice schedule at the barn along with horse shows on the weekend. She makes the two-and-a-half hour drive to the barn at least once a week to practice when she’s not at a horse show. Emma has set her goals high for the rest of the year. She hopes for even better things in 2016 when she hopes to become a Congress Champion as well as a top contender for a globe at the Youth World. Although her goals are lofty, she tries to make progress at each horse show. “I always strive to be better than I was before and learn things at each show. I’m looking forward to becoming more of a team with Brett in 2016 and learning a lot along the way,” Emma says.

2016 will sure-ly be a year to remember for these dynamic new teams. Best of luck to all as they strive for greatness and chase their dreams.