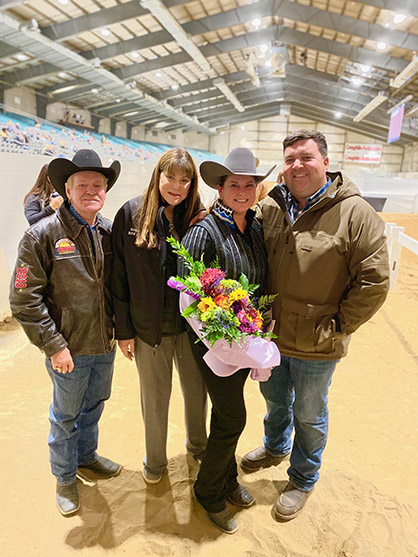 1/5 UPDATE- Sadly, the deadly accident involving Susan Scott over the weekend was a double tragedy as one of the Good Samaritans, who stopped to lend assistance also died. 62-year-old, Henry Danielson, had left work early that day in order to prepare for one of his adopted son’s birthday party. Before he could lend assistance, he collapsed from a heart attack and was tended to by another passerby at the scene.

Investigators are still trying to determine if Scott suffered some type of medical incident that resulted in the crash that killed both she and her dog, Allie.

Scott’s family has relayed the news that there will be a Celebration of Life on Thursday, January 9th from 3-5 pm at the Golden Ocala Country Club- 4090 NW 80th Court, Ocala, FL. 34482. The family has requested that in lieu of flowers, donations be made to the Juvenile Diabetes Research Foundation.

We are deeply saddened to relay the tragic news coming out of Florida this evening that the matriarch of the Haylo Farms family, Susan Scott, has passed away in a car accident. At this time, it is uncertain what caused the accident, but our prayers of support and love go out to Susan’s husband, Stanley; daughter, Nancy, and grandchildren following her sudden passing.