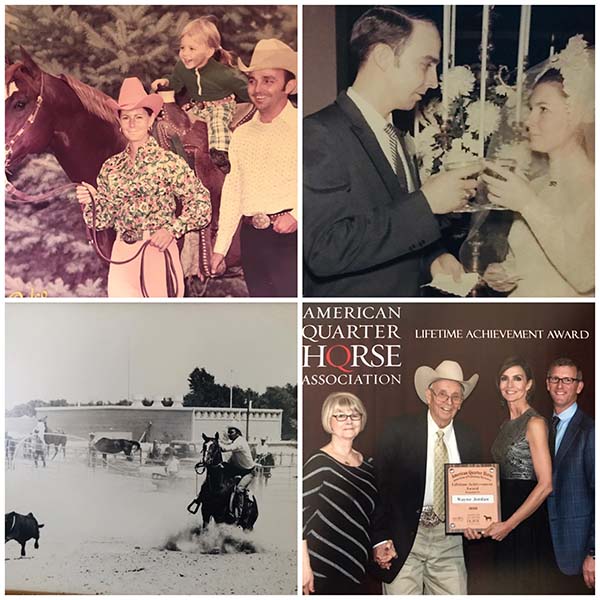 Wayne had a profound love for three things. He loved God and bringing others to know Him as well. He loved his family and he loved being a cowboy and living the Western lifestyle. Wayne had many accomplishments throughout his life. He was a co-founder of God’s Cowboy Camp, a Western-style comfortable approach to leading people to the Lord. Wayne was a highly respected AQHA and APHA judge for over 30 years, giving him the opportunity to travel the world. He was one of only three trainers in the history of AQHA to train two Supreme Champions, which is the most challenging award a horse can earn in its career. Wayne trained and showed numerous World and Congress Champion horses, as well as honor roll winners throughout his career. Many top horsemen had the honor of apprenticing and learning from Wayne, and he was honored by the AQHA with a Lifetime Achievement Award in 2016.

Wayne is survived by his wife of 50 years, Judy; one daughter, Jenny Frid and husband Robin of Denton, TX; one brother, Tom Jordan of Pineville, LA, and several nieces and nephews.

He was preceded in death by his parents, Reves and Martel, and one sister DeLane Henley.

A memorial service will be held 10:00 AM on Saturday, July 20, 2019 at Slay Memorial Chapel in Aubrey, TX with Kenny Guthrie officiating. A reception will follow the service at the home of Robin and Jenny Frid at 3201 Broken Box st. Denton, TX. 76209.

In lieu of flowers, Wayne’s wishes were for donations to be made to St. Jude Children’s Research Hospital at 501 St. Jude Place Memphis, TN 38105. Online condolences may be shared at www.slaymemorialfuneralhome.com. Arrangements are under the direction of Terri Clay and Slay Memorial Funeral Center.