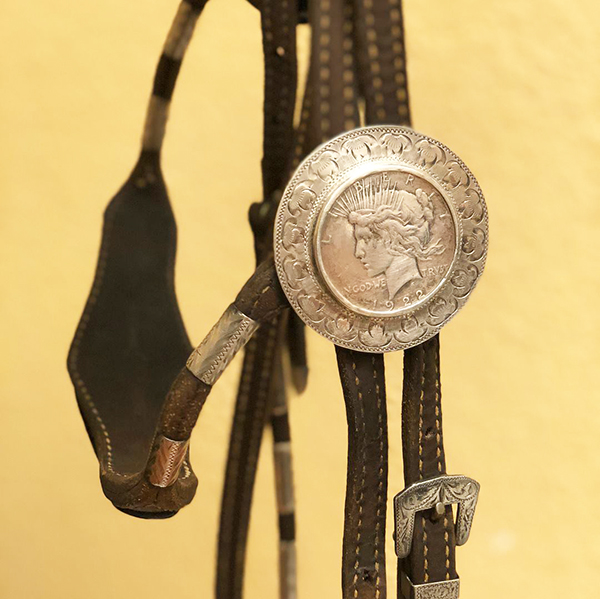 Debbie’s headstall she won at the 1976 Silver Dollar Circuit.

Since the 2018 Silver Dollar Circuit kicks off this weekend this Las Vegas, we thought it would be fun to take a little walk down memory lane all the way back to the very first Silver Dollar Circuit in 1976. Back then, the Silver Dollar wasn’t held in the top of the line South Point Equestrian Center like it is today. It took place at the Clark County Horsemen’s Park, that still hosts equine events to this day.

The timing of the show was a bit different as well. It was scheduled earlier in the year, right after the Arizona Sun Circuit, which often resulted in unpredictable weather. “The weather was extremely iffy, and some years we got rained out,” says AQHA, NRCHA, and NCHA judge, Debbie Cooper, who showed at the very first Silver Dollar Circuit. “I remember it was very cold and very wet that year, and there was no covered arena at the old Clark County Horsemen’s Park. But, we still had lots of fun.”

Debbie competed at the show in a variety of disciplines that year with her senior horse, El Companero, aka “Burford.” “Back in those days, you did everything,” she says. “There was no specialization. You did Western Pleasure, Trail, Western Riding, and Reining on the same horse. At this show, I competed with Burford in Open Western Pleasure, Trail, Western Riding, Reining, and Hunter Under Saddle.” 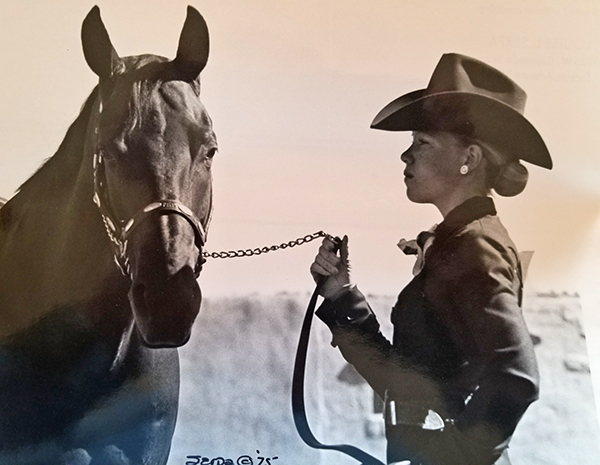 “I showed him as a youth at the World Show, but back then it was called the AjQHA World Show. We won Youth Western Riding, and he was the first horse to win the Honor Roll in Youth Working Cowhorse. That was during the same year, which just doesn’t happen anymore. Then, after I got married and we started our own operation, I continued to show him, and we had several Top five finishes in Western Riding at the World Show together as well as a number of other titles. I owned him until he died at the age of 30. He’s buried out in my pasture.”

For their efforts at the 1976 Silver Dollar, Debbie and Burford were awarded with a very special prize for winning the Open Senior High Point- a custom made headstall that was adorned with real silver dollars. The headstalls were specially made for the High Point awards upon the instruction of the Silver Dollar Circuit’s show secretary, Jean Forray. “Jean had all of them made specifically with old, antique, silver dollars for the Silver Dollar circuit. They were custom made with the intent of putting the silver dollars into the silver on the side and brow band.” 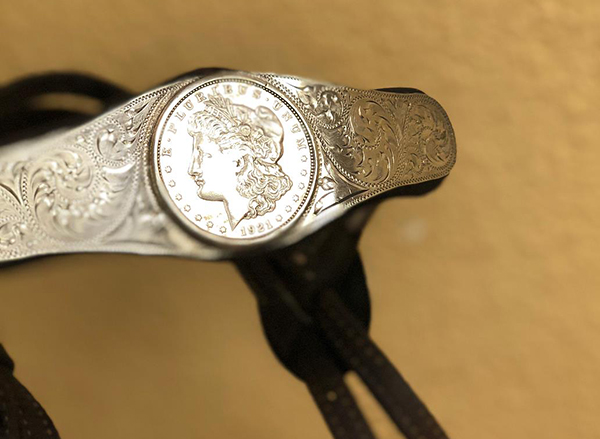 The antique silver dollars in this headstall date back to 1921.

“My son, Garrett Cooper, works for Jan at the Silver Dollar as a show manager. As he was leaving to head down to the show, I told him that he should take that headstall I won 100 years ago to show Jan. I thought she might like to see a piece of memorabilia. So, I polished up the silver, and I was able to look at the dates on the silver dollars. Two are from 1922 and one is from 1921. I’m not sure, but I believe the headstalls were probably made by a gentleman named Victor Supreme, who had a leather company back then”

The silver dollar headstalls weren’t the only fun prizes awarded that year. Debbie remembers that class winners also went home with their own treasure troves of coins. “First place in all classes was 75 silver dollars that were in a blue, velvet bag. Second place received 50 silver dollars, and third place received 25 silver dollars. I don’t have any of those, because we took them back to the casino, gambled, and lost them all!”

Although considerable changes have been made to the Silver Dollar over the years, a few aspects are longstanding: the excellent competition, the great prizes, and the fun atmosphere of the show. “The Silver Dollar had success for a number of years,” she says. “It was always a fun horse show from the get go. They’ve always had great prizes, and Las Vegas is a huge draw. When Jan Bruner took over, she really revitalized the show and bought it back to life again.” 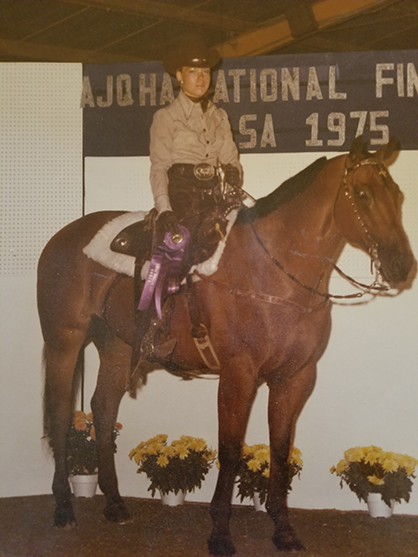 Although Debbie hasn’t competed at the Silver Dollar in a few years, she did have the opportunity to judge the Trail and Ranch Riding competition at the 2017 event. “It’s a lovely horse show, and Jan has done a wonderful job. They give nice prizes, and there’s a good energy. I enjoyed judging it tremendously. It’s a first class horse show.”

Debbie isn’t attending the Silver Dollar this year, because she’s at home in Cave Creek, Arizona, preparing for the upcoming Arizona Sun Circuit. Who knows, we may see her use her old Silver Dollar High Point headstall in an upcoming Ranch Riding class at the show… “I definitely would still use it,” she says. “I still have some old bridles and headstalls that I still use. It’s definitely acceptable in Ranch Riding. It’s funny, because the vest I wore two years ago, when I won Senior Ranch Riding at the World Show, was probably 40 years old. It was given to me by a friend who wore it at the World Show in the late 70s. It’s funny how things come back around…” 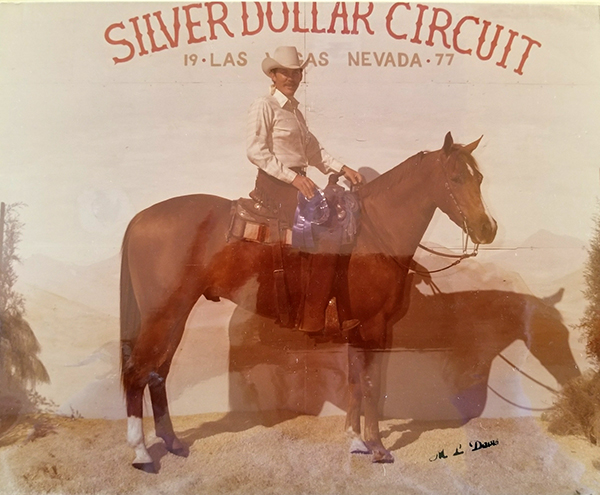 For more information about the Silver Dollar Circuit, visit www.SilverDollarCircuit.com.

Click here to view the live stream from the show.

Stay tuned to EquineChronicle.com for fun photos and results coming from the show.