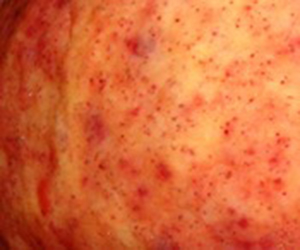 Experts have been warning for some time of the danger of ending up with no effective
anthelmintics (dewormers).

All the available classes of anthelmintic have shown declining efficacy as worms, particularly the cyathostomins (small redworms), become resistant. Moxidectin, a more recent addition to the arsenal is particularly useful for its action against encysted larvae. Until now it has remained relatively unscathed in the battle to hold back the advance of anthelmintic resistance.

However, it seems now that the doomsday scenario is getting nearer as researchers in Australia have shown signs of resistance to moxidectin and combinations of anthelmintics.

Ghazanfar Abbas and co-workers conducted a study to assess the efficacy of commonly used anthelmintics against cyathostomins in Australian thoroughbred horses.

Horses were treated with single and combinations of anthelmintics. The researchers used the faecal egg count reduction test (FECRT) to assess the efficacy and egg reappearance period (ERP) of the anthelmintics.

After treatment with an effective anthelmintic the faecal worm egg count (FEC) would be expected to be substantially reduced a couple of weeks later. So, for moxidectin, anything less than a 95% reduction in FEC two weeks after treatment would be taken as an indication of resistance.

The worm egg reappearance period (ERP) is the time taken for eggs to reappear in the faeces after successful treatment. It gives an early indication of the development of resistance.

Although moxidectin was highly effective in one farm, producing a 100%  reduction in egg count two weeks after treatment, it showed a shortened ERP. (5 weeks – compared with the expected ERP when the drug is effective of 10 – 12 weeks). Resistance to moxidectin was found on the second farm with reduced efficacy of 90%.

A full report is published in Parasites and Vectors.

The authors conclude that the study provides the first evidence of moxidectin and multidrug-resistant (abermectin and combinations of anthelmintics) in cyathostomins in Australia. They suggest the need for continuous surveillance of the efficacy of currently effective anthelmintics and large-scale investigations to assess the ERP for various anthelmintics.

Cyathostomin resistance to moxidectin and combinations of anthelmintics in Australian horses