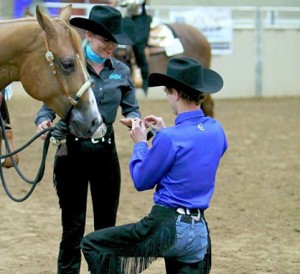 Pinto competitor, Brandy Smith, received a very special surprise during a Charity Walk-Trot class yesterday at the 2014 Pinto World Championship Show. Brandy received fifth place aboard her 2-year-old, Milton Hershey; however, there was something she was even more excited about than her placings.

Thanks to her new fiancé, Zac Brown, Brandy was treated to a one-of-a-kind marriage proposal she will never forget. The western pleasure class began like any other. Competitors mounted up, put their Pintos through their paces, and gathered in the center of the pen to listen to the judges’ results. 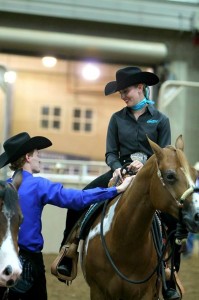 “The class proceeded normally, until the final placings, when the announcer said there was a special presentation after the class,” Brandy says. “Then, he called my number out of the lineup and Zac proceeded to follow me out. He got off his horse before kneeling and proposing. All of our friends and family were in the stands and got to see it. Those who were not present were able to see it online on the live webcast.”

Apparently, Zac was fairly confident he would get the answer he was looking for, because he had a custom horse sheet embroidered with the phrase, She Said Yes. Engaged June 2014. 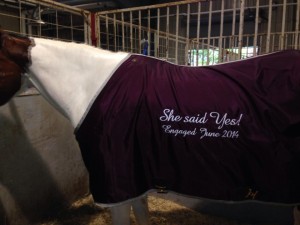 “I thought we were just riding for fun, until they called me out of line,” Brandy says. Literally, I asked him, ‘what on earth are you doing?'” 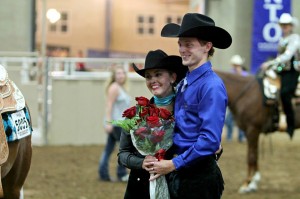 What made this surprise proposal even more special is the fact that both Brandy and Zac were riding horses out of the same mare. Zac was aboard Brandy’s longtime all-around partner, Struttin My Assets, aka “Charlie,” while Brandy was riding Charlie’s little brother.

“Both geldings are out of my family’s mare, Enhancing Strutter,” she says. “They were bred, raised, and trained on our farm. The mare was also my walk-trot horse, back in the day. Charlie is very special to us both. We both show him and have World and Reserve World Championships on him. He is kind of ‘our horse.’ I told Zac I wanted Charlie to be involved in our engagement and wedding, and he obviously listened and delivered.”

Zac and Brandy were high school sweethearts who met in the same communications class during freshman year. After beginning to date during their sophomore year, the relationship quickly progressed when Brandy introduced her new man to the great, wide, world of showing horses. 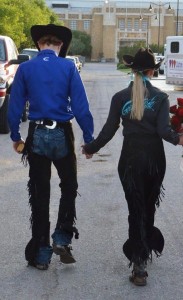 “He was a jock and a city boy when we met, but he learned quickly if he wanted to spend time with me he had to come to the barn or horse shows,” she says. “He began riding right away and, by our senior year, he was competing on our high school equestrian team. Now, in college, he rides IHSA, and this is his second year showing at the Pinto World Show. I’m so lucky to have found a man who learned to love horses just as much as I do, and now it’s our shared passion.”

Thanks to Jeff Kirkbride Photography, Video Horse World, and PtHA staff, Brandy and Zac have a second-by-second account of their marriage proposal that they will treasure for a lifetime. Thankfully, the show videographer was able to capture the on-the-rail ring hand-off from Brandy’s father to Zac, which took place during the second direction of the class.

“My dad had the ring in his pocket, and he handed it over the rail to Zac as he was jogging down the rail during the second direction,” she says. “Zac then put it in his pocket until the right moment. It was quite the hand off; we even have it on video.”

“We would like to thank Jeff Kirkbride Photography, Video Horse World, PtHA, family, friends and everyone else who was a part of this very special moment. It was truly unforgettable.” 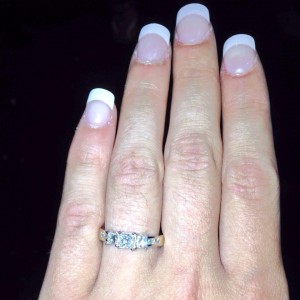 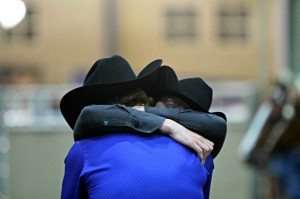 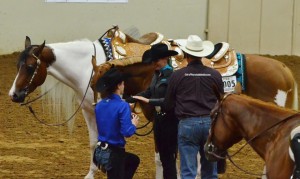 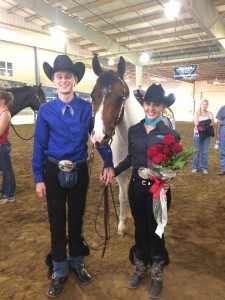