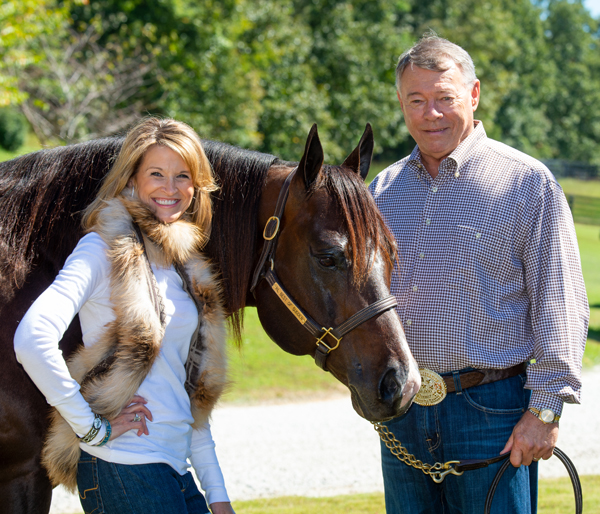 The name of RL Best of Sudden has become a legendary one throughout the industry, not only for the stallion’s unsurpassed sire record, but also for his contributions of beauty, quality of movement, athletic talent, intelligence, and an unbeatable disposition in his foals.

Therefore, it comes as no surprise that he recently added the title of AQHA and NSBA All Time leading sire to his dossier, passing up Invitation Only to top the list.

The star quality of “Bo” or “RL,” as he’s often called, was apparent to Ken and Marilyn Masterson of Masterson Farms, LLC, of Somerville, Tennessee, when they first laid eyes on the two-year-old stallion at the Reichert Celebration in 2004, where he won the Reichert 2 Year Old Western Pleasure $100,000 Open Challenge. “He had the $100,000 won before he ever entered the ring,” Ken Masterson explains.

In 2006, they purchased the young stallion by Sudden Impulse and out of Zip N Therapy, both Top 25 All Time Western Pleasure and All Around Money Earners, from Sonny and Alice Douglas, and the rest, as they say, is history.

Since then, Bo has established a legacy that has undeniably impacted the world of AQHA and NSBA horses forever.  Earning the All Time Leading Sires title is a testament to his career as a sire, and the Mastersons are thrilled.

“We couldn’t be prouder.  He was obviously a tremendous breeding sire from the very beginning,  but for him to have achieved this standing among all the current stallions and those of the past is hard to fully realize,” Ken says. 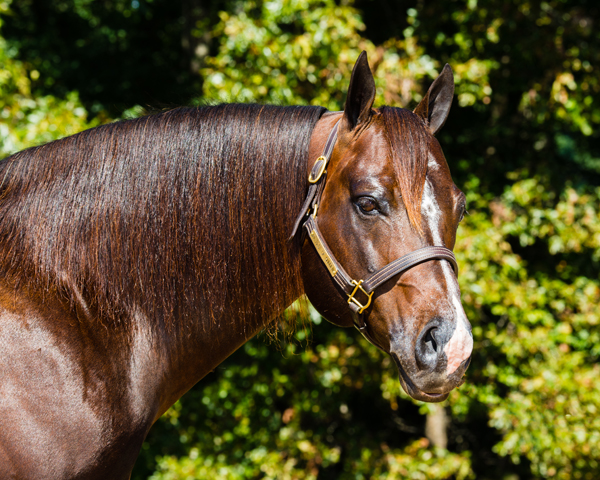 Since his book has been limited since 2016 to protect him from an old stifle injury, the record is that much more impressive. “As a result, although he has significantly fewer numbers out there, he’s still accomplishing an amazing record.  The quality of his frozen semen is great, and we continue to ship frozen semen and breed a number of mares,” Ken explains.

The points and earnings of Bo’s offspring speak for themselves, and the list of Bo’s noteworthy progeny spans pages to demonstrate the kind of quality he produces, resulting in countless AQHA World, Congress and NSBA Championships.  He also has shown the uncanny ability to produce future studs, as well as mares who are great producers. 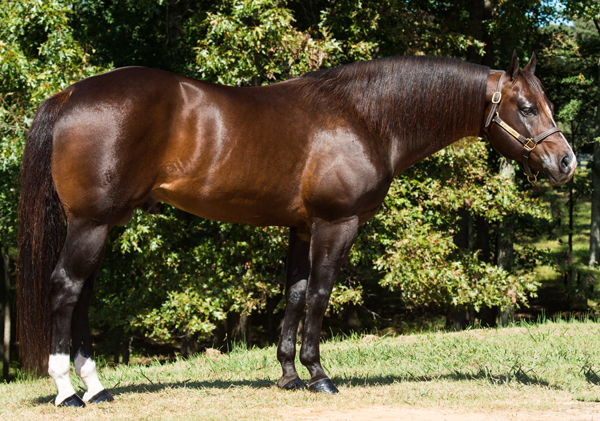 The Mastersons note their gratefulness to those with instrumental roles in Bo’s success:  Mary Roberts, who bred him; Bret Parrish, who won the first Reichert $100,000 Challenge with him in 2004; Greg Wheat, who managed his breeding career masterfully, and another part of the original stallion team, Colin Anderson, DVM, who managed standing and caring for Bo from the beginning.  They’ll be upholding their virtues of excellence for Bo as they move forward with a strong team that includes Rilla Reese-Hanks, DVM, and her two vet techs, Marianne Howell and Kara Stephenson, and for the Farm, Gary Trubee, Justin Howell, and Elizabeth Wagerman.

“We’re so proud of the horse and how much people have enjoyed him and his offspring,” Ken concludes.  “We certainly hoped Bo would be so recognized, and that it has happened is very exciting.”

Find out more about what sets RL Best of Sudden apart as a sire and why he achieved the title of AQHA and NSBA All Time Leading Sire in the August/September issue of the Equine Chronicle here: