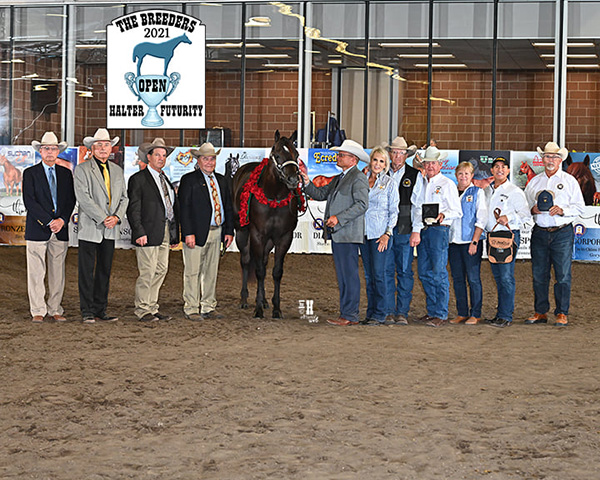 With four different divisions for exhibitors: Open, Amateur, Color Open, and Color Amateur, there is something for everyone. DIY classes offer a special section to allow competitors who train their own horses to shine. The Owner/Breeder/Exhibitor designation celebrates those competitors who bring a horse through the entire process from foal to show horse. The Mare Power program honors the maternal bloodlines that lead to championship earning offspring. 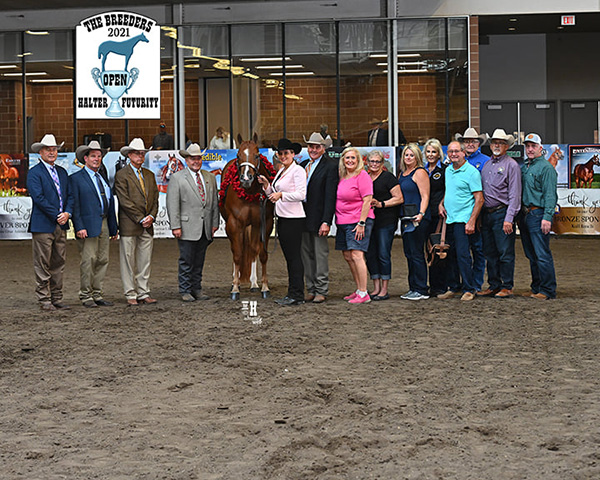 New for this year, there was a Western Pleasure and Performance Halter class with a $30,000 purse for horses 2-5 years of age. The inaugural winner was Adam Matthews and TNR Cali Cool, winning $9,000. There was also a Yearling Longe Line class that was won by Lindsay Mclain and TB Quiet Pleez. This team earned $7,500 of the $25,000 purse.

The Grand Champions of the show were celebrated in the center of the arena with a neck wreath of red roses and those impressive golden globes. Congratulations to some of the big winners! 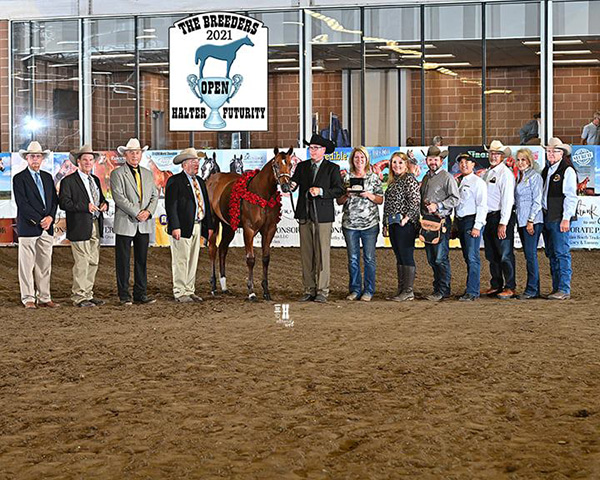 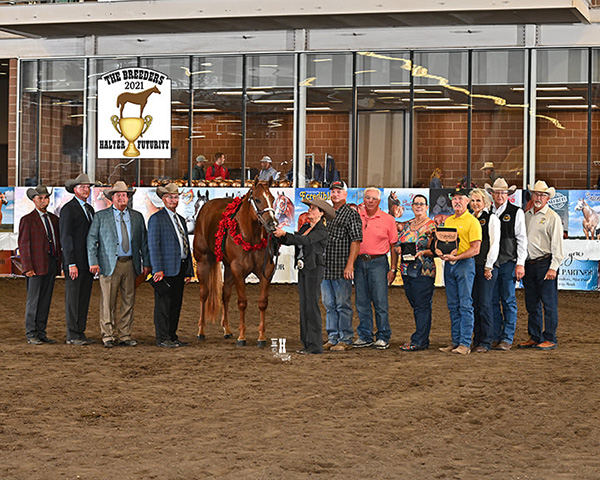 The Grand Champion Open and Amateur Mare was Intrigueing and Carli Kerns. This horse was bred by Brenda Kellerman. The Reserve Champion Mare was Rumerz VooDoo and Ross Roark for Steve and Kathy Headley.

Congratulations also goes to Joy Stehney and David Beck on the use of a trailer for the next show season. 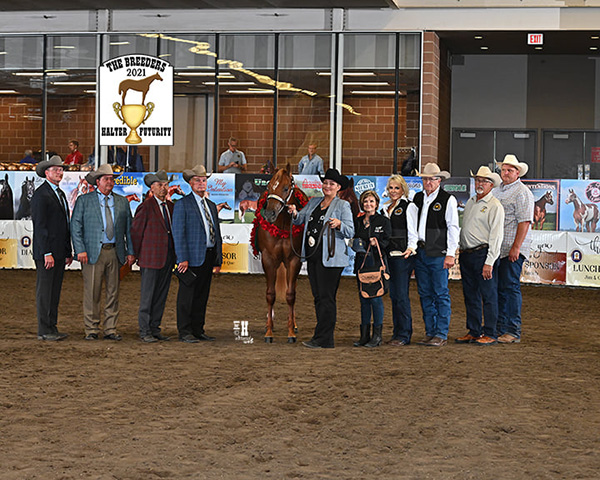 Click on the links below to view class results from the show.

Click here to view G-Man’s fun photos from the show.