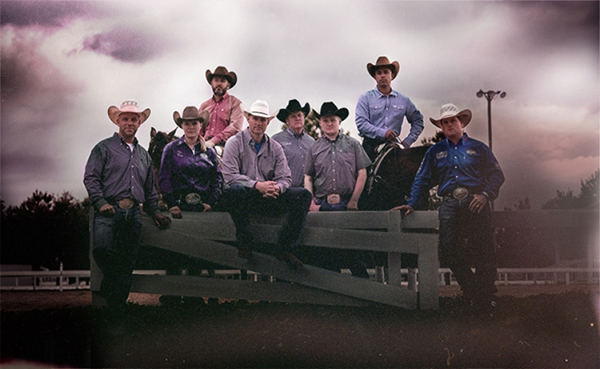 Today, Paramount Network announced it has green-lit an all-new original series, The Last Cowboy, from Academy Award®-nominee Taylor Sheridan, writer of Hell or High Water and Sicario, writer/director of Wind River and co-creator of the hit Paramount Network original scripted drama series Yellowstone. Produced by Truly Original and executive produced by 101 Studios, the unscripted series spotlights the highly-skilled horsemen and trainers competing in the intense, high-stakes world of professional reining.

The Last Cowboy chronicles the lives of eight men and women who compete on the regular reining circuit, a western-based competition where riders guide horses through a precise pattern of circles, spins and stops. These horsemen are determined to elevate and preserve the cowboy tradition as they train and engage in the exclusive ultra-competitive sport.

In conjunction with the series, Sheridan is also launching a reining event called “Run for a Million,” the sport’s first-ever, arena-based competition with a $1 million purse, marking the largest in its history. The upcoming experience will take place on August 15-17, 2019 at the South Point Arena and Equestrian Centerin Las Vegas, and the competition will come to life in the series finale.

Said Sheridan, “The grit, beauty and tenacity of the West are linked to America’s legacy and my creative drive has been to explore those, in all their complexities, in film and scripted television. Now, with ‘The Last Cowboy’ and ‘Run for a Million,’ we’re bringing the real men and women, and their dedication to the sport of reining, to the small screen, an unmasking of the cowboy world that we hope TV audiences will enjoy.”

“Viewers came in massive numbers to watch Yellowstone last season to see the way we showcase modern day western life,” said Keith Cox, President of Development, Paramount Network and TV Land. “Now we’re serving up fans an inside look at the lives of real horsemen and their challenges and triumphs within the world of competitive horse reining.”

Said Glenda Hersh and Steven Weinstock, executive producers and co-CEOs of Truly Original, “What many people don’t know is that some of the greatest cowboys in the world aren’t living and working on ranches; they’re competing in one of the world’s most elite sports. Riders, trainers and horses perform at spectacular levels, and the drama and stakes of reining are as intense as any professional sport – with major money also on the line.”