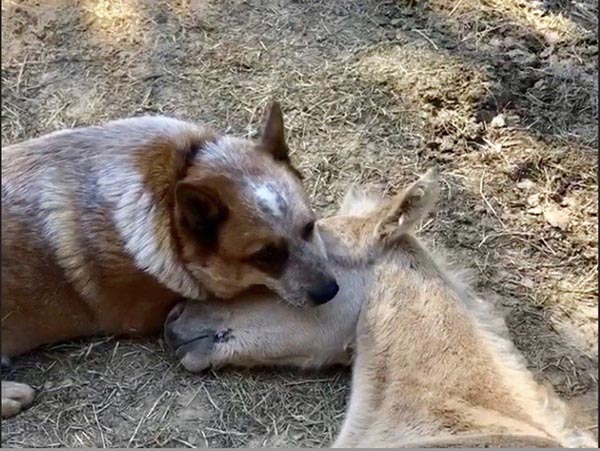 Nap time for Zip and Tye

Just a few weeks ago, AQHA breeder, Karla Swindle, experienced every horse owner’s greatest joy and worst heartbreak. On March 8th, Karla’s beloved mare, Sanjoves Cool Sis, gave birth to a beautiful, AQHA, Palomino colt by Hes A Cool Lover. Just nine days later, it became clear that the mare wasn’t going to make it, and she had to be euthanized. That left Karla with an orphaned foal, that was not only in desperate need of care, but also a companion.

Thankfully, Karla’s red Heeler, Zip, stepped up and took on the job with surprising dedication. “During the morning that it was obvious that the mare wasn’t going to make it, Zip had lain down beside the foal in the alleyway of the barn, whining. Now, he even lies with the foal, lying his head on the foal’s head and neck. Zip loves to come in his stall and just lie there and watch the foal. Zip has never done this with any of our other foals.” 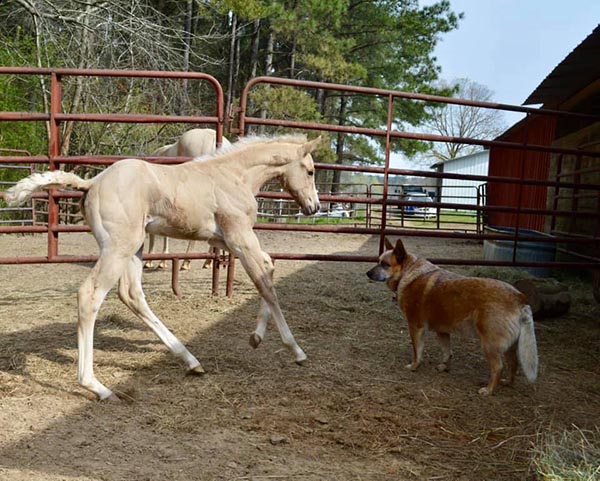 It’s clear that Zip has developed a special attachment to the golden colt named “Tye,” so much so that Karla occasionally has to separate the duo so the foal can get some sleep. “Every time Tye lies down, Zip is concerned and nudges him to try to get him up. It’s like he’s concerned because the foal isn’t standing. I don’t let Zip stay with the colt all the time, because Zip wants the baby sitting up or standing. Zip beats me to the barn and goes straight to Tye’s stall.” 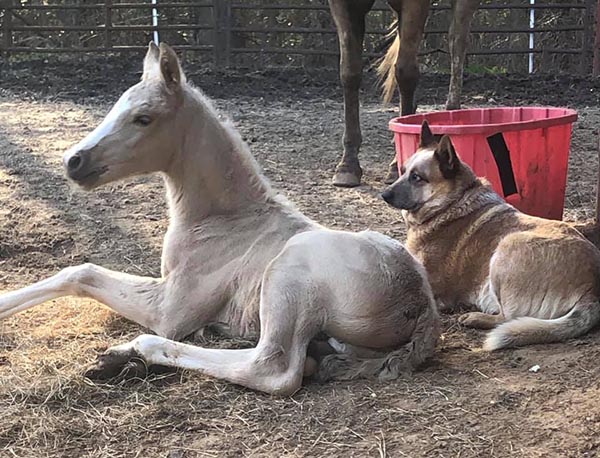 Karla has had horses for her entire life, since she was just nine years old. Now, at the age of 47, she breeds and raises Quarter Horses with her husband at S & K Quarter Horses. During her lifetime of breeding horses and raising foals, Karla has never seen anything like the relationship between Zip and his colt, Tye. 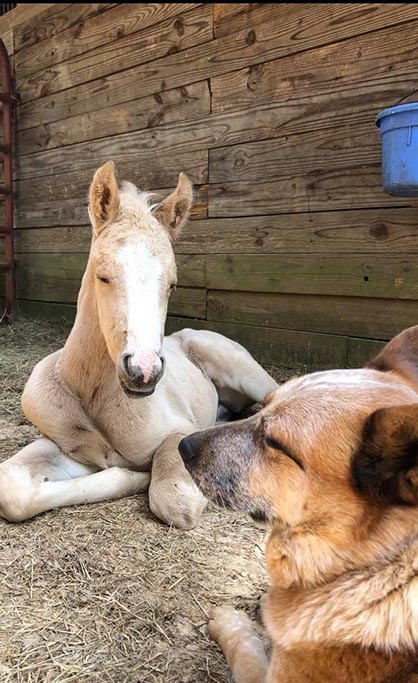 “I’m really not sure where Zip gets this from, unless because he was a shelter dog he can sense what’s happening and can tell that the foal was orphaned. Eventually, Tye will be offered for sale, but not to just anyone. It will have to be someone that I know, beyond a doubt, will take care of him and will keep me updated on him. This colt is so sweet and has been through so much in his short time here on earth.”

Click on the links below to watch videos of Zip and Tye.

Naptime in the Sun 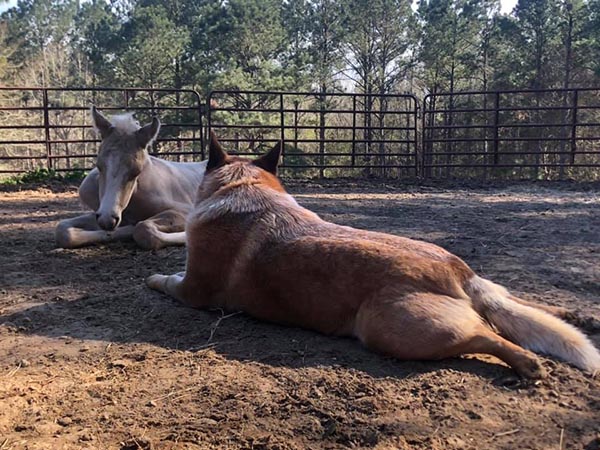 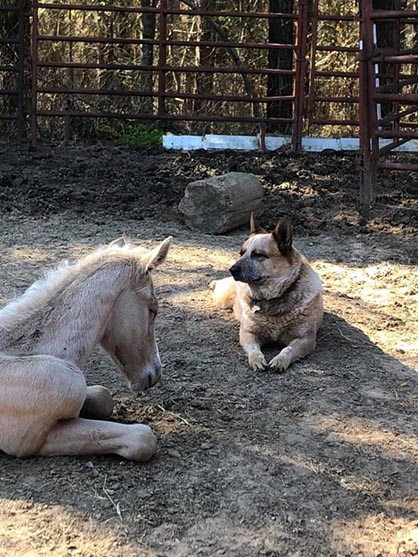 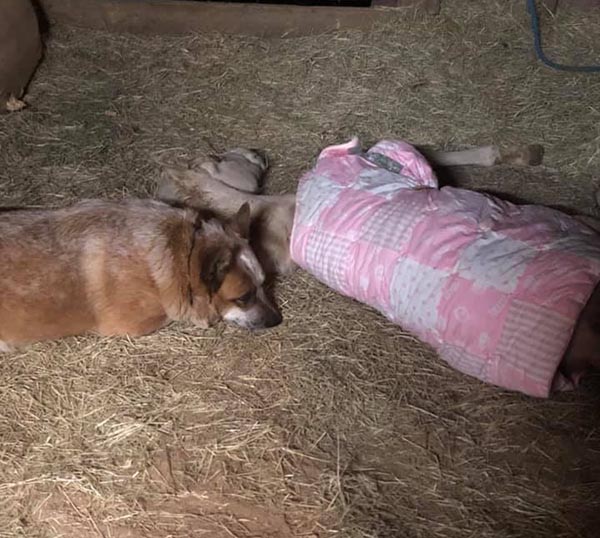 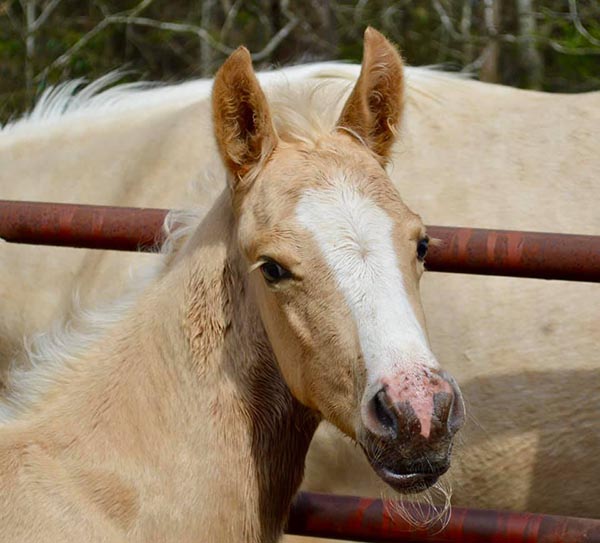 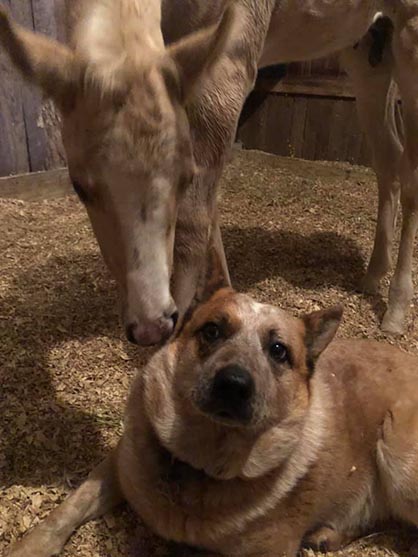 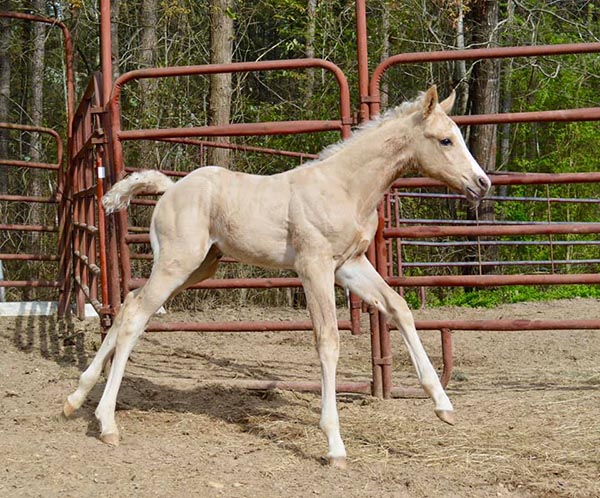