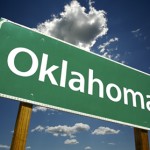 Stillwater, Okla. – For the third-straight season, the third-ranked Oklahoma State equestrian team will be the top seed at the 2014 Big 12 Equestrian Championship, the league announced.

All four Big 12 teams finished this season with a 3-3 record, but the Cowgirls claimed the head-to-head tiebreakers and point spread differential. Baylor will be the No. 2 seed, TCU is No. 3 and Kansas State will be seeded fourth.

The event, hosted by Baylor, is scheduled to take place in Waco, Texas, March 28-29 at Willis Family Equestrian Center.

OSU wraps up the regular season against Tennessee-Martin on March 15 at 10 a.m. at Animal Science Arena.