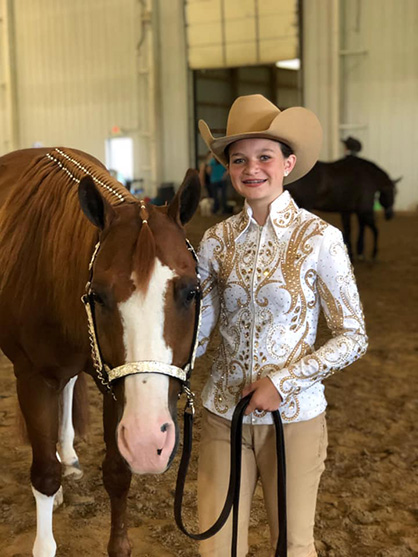 For the first time, The Buckeye Horse Show has been split apart into two events- The Little Buckeye and The BWHA Classic. For many years, The Buckeye was the combination of the Little Buckeye and Buckeye Classic, by way of a partnership between the BWHA (Buckeye Western Horse Association) and OAQHA (Ohio Amateur Quarter Horse Association). This year, the clubs made the joint decision to hold two separate shows to allow the associations to better focus on their individual goals for the events. The Little Buckeye recently took place at Sunbury, Ohio, July 12-14, and was put on by OAQHA in conjunction with the Youth Equestrian Development Association (YEDA). The event included a full YEDA show with the three-day, four-judge AQHA/OQHA show.

According to show management team, Simply Show Services, the addition of an extra judge to the show this year resulted in an entry total of 4,636, which is an increase from 2018.

The show began with a Horsemanship Clinic, courtesy of Brent Tincher. Then, on Friday, the YEDA Diamond Elite Head-to-Head competition took place with judges John Turkey and Roger Landis. On Saturday, there was a fun dog race, sponsored by BarkBox and Sunny Palomino, and an Exhibitor Party, sponsored by The Equine Chronicle. Special events concluded on Sunday with a Cowboys for Christ service, sponsored by Danny Blackstone. 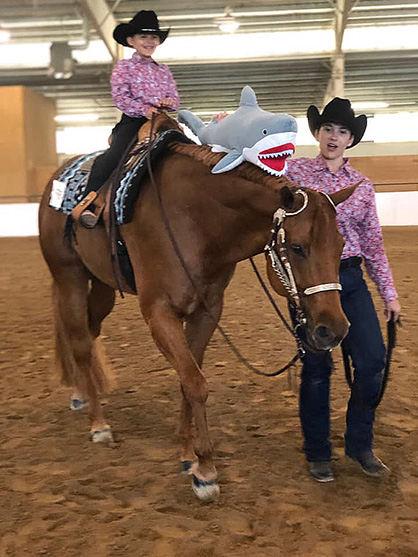 While a few things have changed this year, the old favorites still made an appearance, like the always popular Leadline class with stuffed animals as prizes. This year, the animal of choice was a giant stuffed shark, and, to the delight, of the kiddos, the viral song, “Baby Shark,” played during the class.

Congratulations to a number of big winners at the show, like Carly Parks and Cowboy Guns Blazing in L1 Western Riding, Isabella D’Onofrio and Nearly Chocolate in L1 Youth Western Riding, and Kayla Magrum with Good Girls Don’t Iron in Amateur Western Riding, under judge, Tanya Green. Natalie Vargo and She Had Me At Hello in L1 Trail, Emma Gore with My Only Good Shoes in Youth Trail, and Kimberly Best with Check This Machine in Select Trail were other winners. Ellexxah Maxwell and Zips Bossy Chip in 14-18 Showmanship and Michall Well and The Natural Version in L1 Amateur Showmanship were other first place winners. 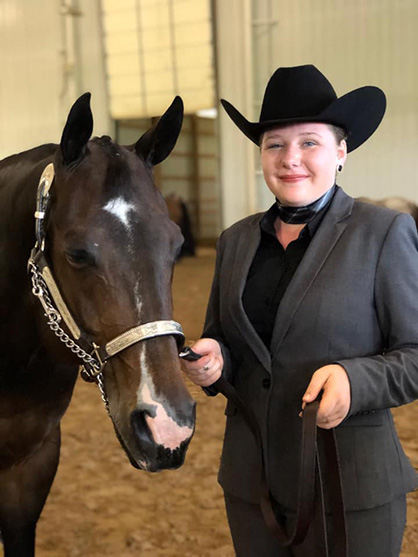 Coming up next is the BWHA Classic, which will take place at the Circle G Arena in Lewisburg, Ohio, July 19-21, 2019. The show is also a three-day, four-judge AQHA/OQHA show.

Click on the link below for results from The Little Buckeye, courtesy of Simply Show Services.