Legendary AQHA Stallion, Artful Move, Passes Away at Age of 31 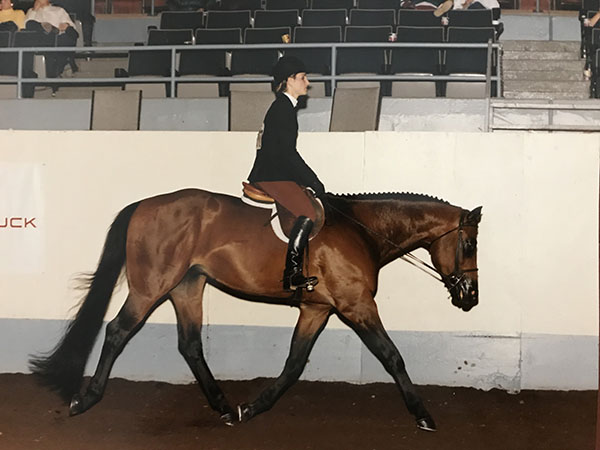 From the very first glimpse, it was love. My mom, Heidi Jo Cecil, first saw Artful Move at six months old. He was walking over a hill with grass up to his knees, and the sun was shining down on the scene. It was at that moment when my mom felt he was special. He was a once-in-a-lifetime horse. Even though I never witnessed it, this scene stands out in my memory, as I have heard it retold to many in my youth. Time would prove just how right my mom’s intuition was. After a full and happy life, Art passed away peacefully on November 4, 2017 at 31 years old under his favorite tree with my mom and best friend (a goat named Te) by his side.

Artful Move, a 16.3 bay stallion by Wind Chime out of Buzz Fly, was foaled on March 1, 1986. His incredible accomplishments include being inducted into the NSBA Hall of Fame, multiple National and All-Around Titles, Open and Amateur World and Reserve World Championships, and Open and Amateur Congress Championships, including an All-Around Congress Champion with Valerie Fites Sturgeon. Art came out of retirement at 10 years old, while standing as a stallion at Cecil Breeding Farm, and won multiple awards, including a World Championship in Senior Working Hunter at the age of 11 with Heidi Cecil in the irons. My mom considers that one of the greatest moments of her career. 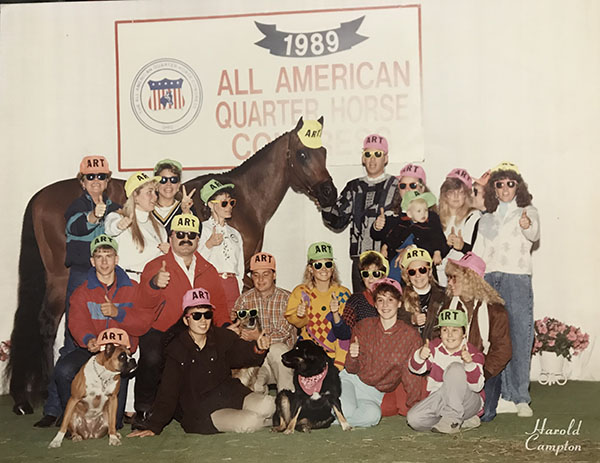 He was a sire, grandsire, and great grandsire of multiple World, Reserve World, and Congress Champions. He was the true all-around horse, earning points in over 15 events as well as producing offspring that have done the same. But, Art was so much more than just a horse with astounding accomplishments to his name. He captivated the hearts of everyone he met with his phenomenal disposition and intoxicating personality. He was a part of my family and a part of the families that had the pleasure of owning him, including Bill and Cheryl Biviano and Valerie Fites Sturgeon. Once pensioned, my mom was finally able to have ownership of the horse most loved by her, that she first saw 31 years earlier walking over that hill. Art was able to live out the last few years of his life at Imagine… in Ocala, FL. with my mom and Te, his faithful goat companion.

While Art will be remembered for his accomplishments in the ring, his personality will be missed more than anything. I have never known a stallion like him. When I was young, I would sit on a bucket under his belly and pick his feet. We have family videos of me on his back, fast asleep, while he stood calmly. My brother and I would ride him around bareback without a second thought. He would play “catch me” with my mom every time she let him out in the field and tip the almost-full muck bucket just when you were about to be done with the stall (every time!). Art was already five years old when I was born into the Cecil family. I have known him all my life and will never forget the endless memories he created for our family. 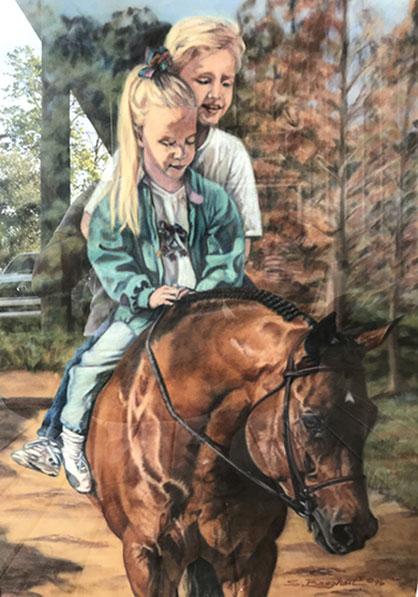 Artful Move was gentle, stunning, and one-of-a-kind. His sweeping stride and slow leg made him a showstopper in the ring, but his disposition made him irresistible outside of it. Fortunately, Art passed these traits onto his offspring; therefore, a part of him will live forever. My mom was right to say he was something special at six months old. It was a 31-year love affair that stole the hearts of the entire horse community.

Artful Move, you are loved and missed. Rest in peace Big Papa.