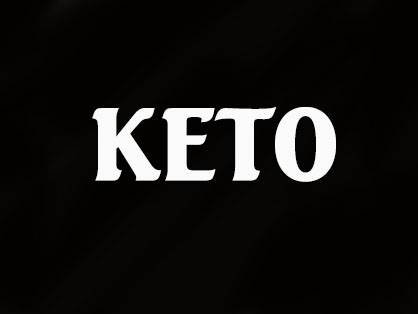 Everyone has heard about the ketogenic diet by now, or “keto” for short. It’s basically a reinvention of the Atkins diet with more emphasis on eating fat. Fasting, starvation, and no or low, simple carbohydrate diets trigger a higher rate of fat oxidation to spare glucose. In omnivores and dogs, a by-product of fat oxidation is the production of ketones — hence the name.

The best diet for EMS horses is similar to ketogenic in that simple carbohydrate intake is very low. However, carb and fat calories are replaced by fiber calories. That very basic fact of equine nutrition and physiology is ignored by a proposal to treat EMS with a ketogenic diet.

Ketones are a by-product of burning fat for energy. The mitochondria can burn either glucose or fat. Fat oxidation is a very slow process compared to glucose. When it can keep pace with energy demands, most of the fat is efficiently burned in the Krebs cycle in the mitochondria with very little ketone body production.

Ketone production increases proportionate to how quickly fats are being presented to the mitochondria compared to how quickly they can be processed, so levels go up when carb intake is low — but not in horses.

Multiple studies, such as Rose and Sampson, 1982, and Hardy, et al., 2003, established a long time ago that ketone generation is not important to horses in a variety of circumstances where ketones rise in humans and mice, from fasting to endurance exercise. The reason for this is multifactorial, including very efficient gluconeogenesis and glucose recycling, as well as adaptation to direct burning of acetate in horses.

Ketone bodies are formed from acetate generated during fat metabolism and the first step in their reutilization is to convert them back to acetate. Acetate is also the main product of fiber fermentation in horses and horses can get 60+ percent of their energy from acetate. Horses may therefore be burning the extra acetate before it is converted to ketones or very efficiently recycling ketones back to acetate and fat — or both. 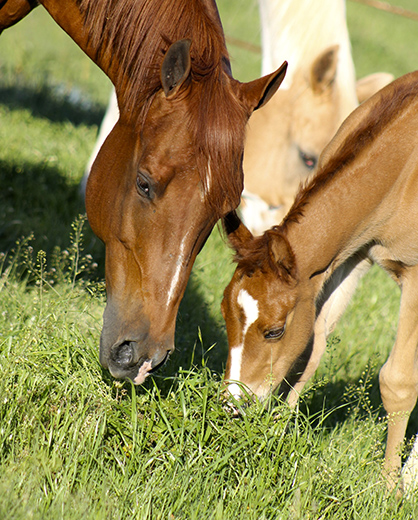 Like many descriptions of the human ketogenic diet, the equine keto diet proposes that ketones are some highly beneficial metabolic fuel, so the more the better. In fact, as above, they are only an indicator of incomplete fat oxidation. It is also claimed that as ketones go up, insulin goes down because high levels of one inhibit the other. This is not true.

The equine keto diet involves feeding Timothy, Orchard grass, or Alfalfa hay, claiming they are more “nutrient dense,” lower carbohydrate, and higher fiber, than Fescue, Brome or Bermuda (which is not true), with no added grain or other supplements — except for an antioxidant sold by the company proposing this diet.

Not surprisingly they found that, given their normal physiology, horses fed this diet don’t have elevated ketone levels. To correct this, they also sell a supplemental direct source of ketones and an oil containing medium chain triglycerides (MCT). The suggested dose is less than that for a human. MCT intake causes higher ketone levels because it does not require a carrier to enter the mitochondria, so more gets wasted as ketones.

Did I mention that these three supplements are also expensive?

A far better approach that has been working well for 20 years now is to feed a low- sugar and starch hay with adequate calories from fiber, adequate but not excessive protein, and vitamins and minerals to match. See http://www.ecirhorse.org.

Ketones have nothing to do with it.

About ECIR Group Inc.
Started in 1999, the ECIR Group is the largest field-trial database for PPID and EMS in the world and provides the latest research, diagnosis, and treatment information, in addition to dietary recommendations for horses with these conditions. Even universities do not and cannot compile and follow long term as many in-depth case histories of PPID/EMS horses as the ECIR Group.