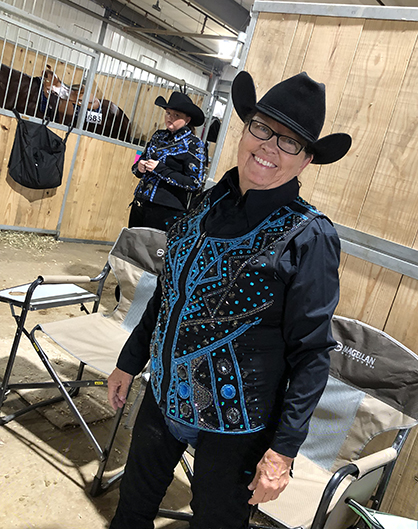 I wanted to share an experience I had at the Finish Line AQHA show in Indiana recently.

As a past AQHA Horse Show Mom, this was my first AQHA horse show where I would be competing myself. It meant so much to me to receive the kindness of a fellow amateur competitor and I wanted to share what she went out of her way to say.

My daughter was the Reserve All Around competitor in the nation back in 1996. She won Western Pleasure with Motion By Pro. Now, it was my turn to enter the highly competitive arena, at my age.

One very simple act of kindness goes a long way for a new roll in the horse world. Beth Lancaster Moon did that for me at this horse show, and I feel it’s a valuable lesson.

It was more empowering than anyone realizes. I was competing with the best in Indiana in my sport. I remember, years ago, entering this arena, and we climbed to the top in this sport. However, it was for my daughter and not me. I was a Horse Show Mom. In some ways, it was for me as well. It helped me get back confidence that I had lost through a divorce.

But, at this horse show, it was about me. I went in the first day, and my horse wasn’t as good as I had hoped. She had been so good outside of the arena. But, when I went in the arena, it was I who didn’t help her. I learned what I needed to do for the next day. I worked harder. I was feeling better.

I was working in the practice ring the next morning when a woman I have known for years rode by me. She made a comment. “You have a nice horse, Trish.” 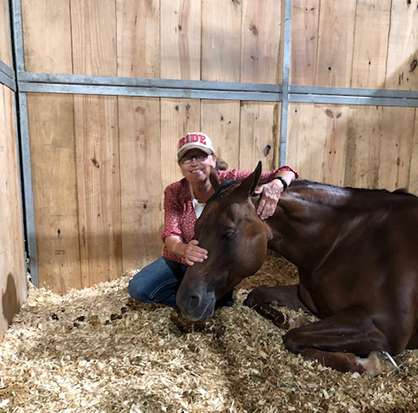 I thanked her. I continued to ride and thought about what she said. I continued to think. That made me feel so good. In fact, it continued to make me feel better and better, and my confidence began to come back. I needed to tell her how much that meant to me. I had been feeling like I was outside this group, and it was intimidating. I was with some of the best that were showing, like her.

I rode by her and stopped to tell her how much it meant to me. She and I began a conversation. She has been doing this sport for years. She has been one of the best in Indiana, and I have always watched and looked up to her. Her words were empowering. She explained that she works on her own confidence all the time. It’s about us and how we see ourselves. I told her again how much her kind comment had meant to me.

I continued to ride. I went in the class that day and placed second behind her by one judge. I was over the moon. She came to congratulate me. I told her that I will always be thrilled to be second behind her.

That’s what it’s all about. I learned I needed to remember that everyone starts somewhere in this game. It’s just about getting in the game. I had gotten in the bigger arena in front of old peers, and we got in the game.

Thank you Beth Moon Lancaster. You helped me more than you know.

I think this is worth sharing for other mothers out there. Mothers who think it’s over when their kids grow up and move out of the arena. I think there are probably more mothers out there who need to know that maybe it’s their turn now.