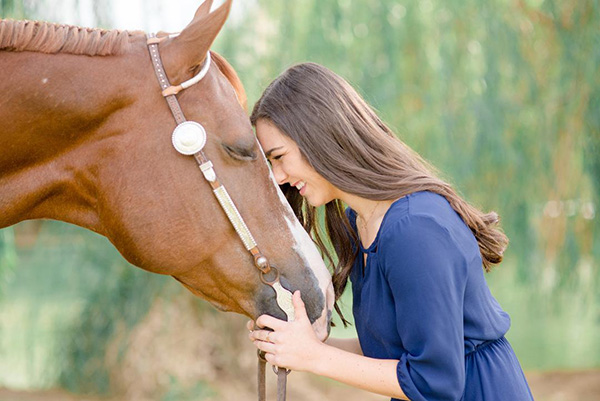 “The first time I saw Fran, she bucked, but I knew I loved her. I was nine years old and thought she was the most beautiful animal I had ever seen. We had an immediate connection from the first time I got on her back. At that point, there was no going back. I had found my unicorn.”

Drew Rogers and Shez Eye Candy, aka “Fran,” shared twelve long years together; but now, it doesn’t seem like nearly enough time at all. Earlier this month, Fran was laid to rest at the age of 15, after a long battle with Laminitis.

Looking back to happier days, Drew remembers the first time she laid eyes on her “unicorn.”

“Fran’s personality was unlike any other. She was the most trusting, hard-working, dedicated, and candy-loving animal, who loved her people with all of her heart,” Drew says. “She was so tough. She had so much heart and always wanted to please me. No matter if she was hurting, or not feeling her best, she would always give me 110%.” 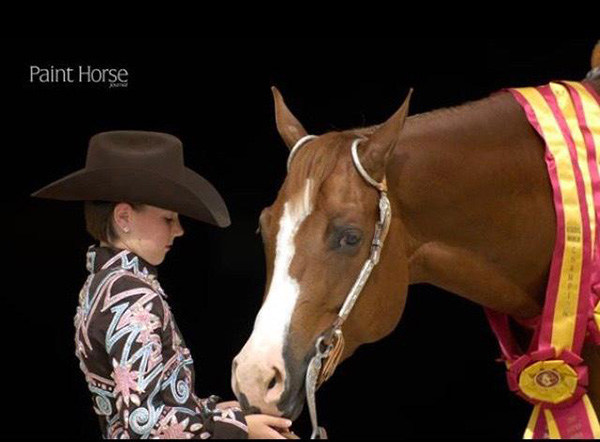 “She was always happy. She loved going to horse shows. Whenever the trailer would get ready, Fran would get so excited. She couldn’t wait to perform. She was also so honest. You knew the second you walked in the arena, or got on her back, how she was going to be that day. If she shook her head at the beginning of a ride, I always knew she was fresh. She was spoiled, to say the least. Every time me or my mom would walk in the barn, she would whinny at us to bring her candy. She was candy-obsessed. From Hot Tamales to Sour Patch Kids to Tootsie Pops, she loved it all.”

But it wasn’t all fun, games, and candy. Drew and Fran had formed a formidable team over the past twelve years, often topping the judges’ cards at the APHA Youth World Show. 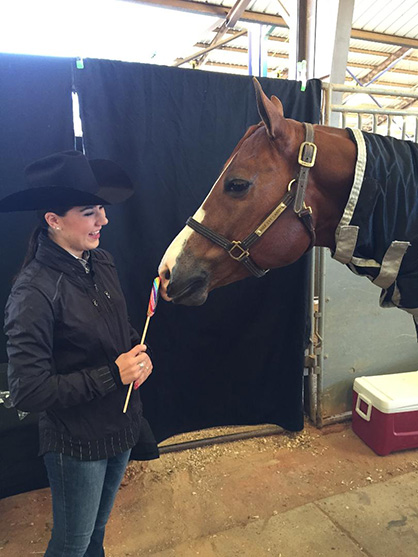 “There are so many accomplishments that Fran and I have earned together that have such a special place in my heart,” she says. “My most memorable would have to be the first time I won a belt buckle at the World Show in 2010, when we were Reserve World Champions in 13 & Under Trail and were named the All-Around Champions for the first time. Another time was when we were the unanimous World Champions in the 13 & Under Western Riding in 2011, because I had never earned a World title before that. One that’s particularly memorable to me, and stands out the most, was when we were the unanimous World Champions in 14-18 Trail in 2014. This was the most special to me, because Trail had always been our best class and our favorite to show. However, at the World Show, we would always have some kind of little bobble in the Trail finals that would keep us from the title. When we won this one unanimously, it was extra special.”

The Equine Chronicle was there that day when Drew and Fran were the unanimous World Champions in Trail. Click here to read their interview. http://www.equinechronicle.com/best-friends-rogers-and-fortenberry-share-first-and-second-in-ajpha-14-18-trail/ 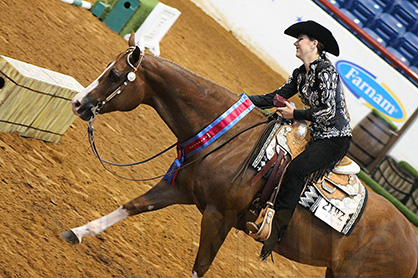 The year Drew’s family purchased Fran from Erica Lang, in 2008, Erica had unanimously won Amateur Western Pleasure at the APHA World Show. Drew credits a number of additional people with helping to form Fran into the incredible mare she had become, such as Rusty Green, Wade Spell, and James Saubolle. “Once Fran and I became a team, we had the help of Julie Black to get us started in our early years and get us to our first Reserve World titles. From there, we had the help of Ryan Painter, who really helped form Fran into a multiple World and Reserve World Champion. None of this would have been possible, however, if it weren’t for Paul Moore, who bred Fran.” 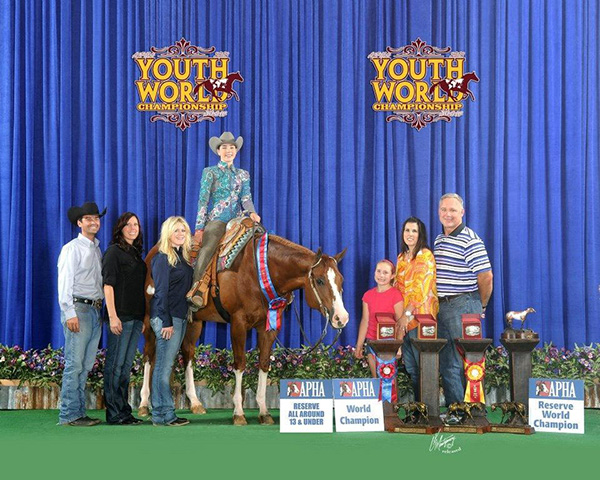 Here is just a small taste of what Drew and Fran accomplished over the past twelve years.

Though Fran has now moved on to greener pastures, Drew is comforted by the fact that she may be able to have a few Fran babies in the future to help carry on her beloved mare’s legacy. “I have been fortunate enough to have someone as amazing as Erin Bradshaw, who had the idea to harvest Fran’s ovaries. Because of her acute knowledge in breeding, we were able to get quite a few embryos from Fran.” 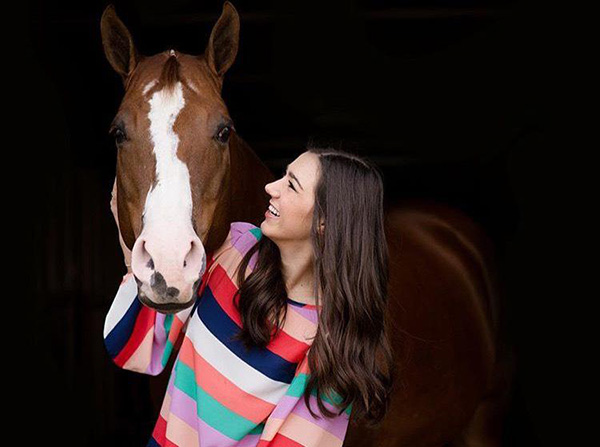 While Drew and Fran had much success as a team, it was the lessons this mare helped teach Drew outside of the arena that she will remember the most. “Fran and I grew up together. She took the little girl that I was and taught me more than I could ever begin to explain. She taught me what a true partnership is. Fran and I worked as one. We were a team, and it takes two to earn the success that we had.”

“She showed me that even the toughest battles can have the best outcomes. We learned how to win and lose with grace. She taught me how to be patient and that not every success is going to come right away. She taught me that you have to work hard and never give up when the road gets tough.”

“I learned what true heart is. I’ve never ridden a horse with so much heart and determination. She showed me how to put others before yourself. No matter what kind of state Fran was in, she always wanted to go into the arena and please me. Most of all, she taught me what real love is. The love that Fran and I had for one another was unlike any other. She would have done anything for me, and I would have done anything for her.” 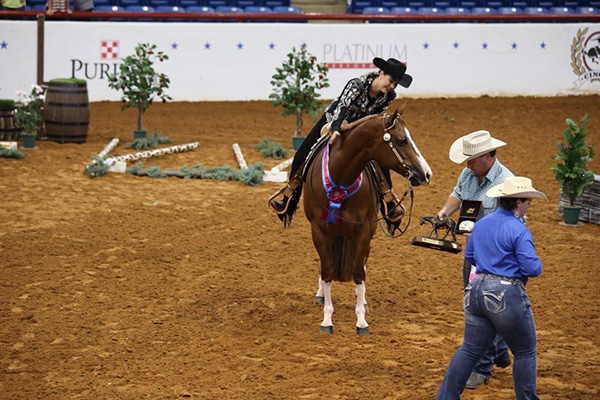 “I would like to say a huge thank you to Fran. Thank you for allowing me to grow with you and be yours for so long. There will never be another one like you. You were my best friend, my shoulder to cry on, the one who knew all of my secrets, and the one I could always count on. You were never just a horse to me. You were my saving grace, a part of our family, and my unicorn. The memories that we share will forever hold the most special place in my heart.”

“You helped me to grow into the person that I am today. I don’t know how I’m going to live a life without you in it, but I know that I have the best guardian angel. You helped make all of my dreams come true and so much more. You were my one in a million, Frannie. A true legend. I still cannot believe you’re actually gone. Fly high, my sweet princess. I hope you’re getting all the Tootsie Pops, Hot Tamales, and Sour Patch Kids up there in heaven. You’ve finally earned your wings, my angel.”