In Loving Memory of Mike Garner 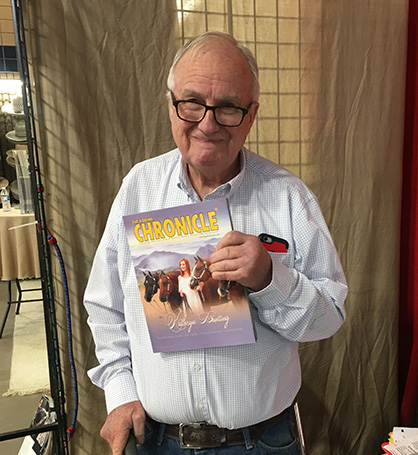 Our sincerest condolences go out to Rhonda Garner and the Video Horse World family following the recent passing of Mike Garner, at his home in Lakeville, IN. on Tuesday, October 29th. Always a smiling face at the horse shows, Mike helped to capture your most beloved memories on horseback.

Mike O. Garner, 69, of Lakeville, passed away in his home on Tuesday, October 29, 2019. Mike was born on December 4, 1949 in Plymouth to the late Charles and Alice (Bryant) Garner. On June 15, 1974, he married Rhonda Baldwin. Mike is survived by his loving wife, Rhonda; their son, Shawn (fiancé Meghan Fellner) Garner of Tampa, FL; and four siblings, Rochelle Rodgers of Valparaiso, Karen Hauersperger of Westerville, OH, Diana (Larry) Maxson of Bremen and Jack (Cindy) Garner of Lapaz. He is also survived by many nieces and nephews. Mike earned his Bachelor’s Degree from Anderson University and his Master’s Degree from Ball State. He then went on to earn his PhD from Western Colorado. Mike began his career as a child psychologist and continued as the Director of the Drug and Alcohol Treatment Services of Porter-Starke Services located in Valparaiso. Mike spent most of his life showing Palomino horses and was the co-founder of Video Horse World Productions. His hobbies included watching movies and fishing. In lieu of flowers, the family request memorial contributions to be made to the family to help with expenses.