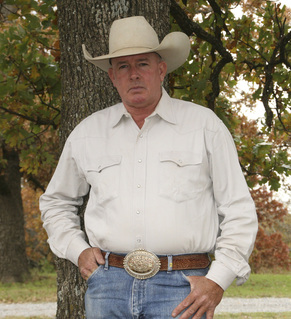 The National Snaffle Bit Association is sad to share that horseman Doug Carpenter, of Sulphur, Oklahoma, has passed away due to complications from COVID-19 at age 64.

Born in 1957 in Rhode Island, Doug developed a passion for horses at a young age. When he was 13, Doug hitchhiked to Columbus, Ohio, to experience the 1970 All American Quarter Horse Congress. Although he slept on bleachers in the Coliseum and knew he would return to angry, worried parents, he was hooked, and knew one day he would show horses at that prestigious horse show.

After honing his horsemanship skills in Connecticut, trainer Tommy Manion took notice. Doug turned down a job offer from Tommy in 1976 for another opportunity, but two years later found himself working for the legendary trainer.

In 1978, Tommy assigned Doug an unbroke two year old mare in June to train and finish for the Congress Western Pleasure Futurity in October. Showing for the first time at that year’s Congress, Doug rode the two year old Good Lookin Babe to a reserve title and a check for $10,000, beating his boss, who came in third. 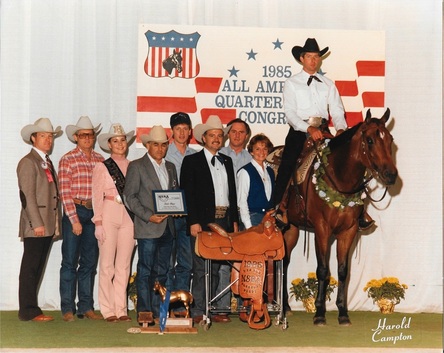 A few years later, having grown frustrated with showing, Doug decided to trade horses for NASCAR and move to North Carolina. Thinking the 1981 AQHA World Championship Show would be his last, he didn’t even bother to change out of his work shirt when he showed Karen Sullivan’s three year old mare, Miss Docs Melody, in the first go of the Junior Western Pleasure. He placed first in the prelims and came back in front of a crowd of more than 6,000 people to win his first AQHA world championship. Needless to say, Doug ended up staying with horses.

As a professional trainer, Doug trained and showed clients’ and his own horses, including the NSBA Hall of Fame stallion Hotrodders Jet Set, proving he had the knack for picking good horses and training them to be competitive.

His training skills took him to John Mulholland in 1982, where there were many top show mares as well as promising two year olds and yearlings, including the great Ms MBJ Mudlark, whom he showed successfully. After tiring of the show arena, Doug partnered with Keith Whistle in 1987, where he would prepare horses for the show arena for Keith as well as for Amateur and Youth riders. 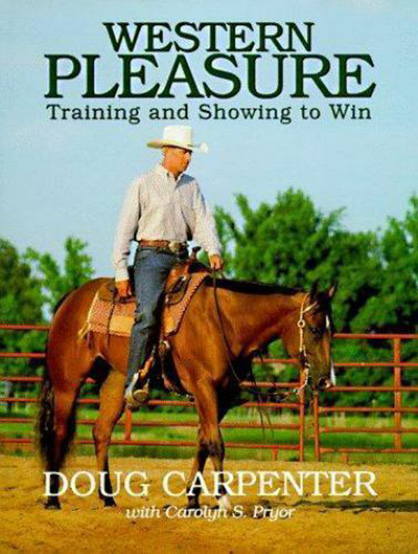 Doug had $70,890.89 in lifetime NSBA earnings, but the horses whose reins Doug touched tell the greater story of his great eye and matchmaking skills. Just some of those horses he interacted with were:

In 1996, Doug and NSBA editor Carolyn Pryor teamed up to publish Western Pleasure: Training and Showing To Win, the essential book on training and competing in the Western Pleasure discipline that became an industry must-have for exhibitors everywhere.

In addition to his talent in the saddle, Doug was an avid photographer, shooting everything from landscapes to sale horse photos.

Doug is survived by his wife Gwen, daughters Kelly and Katie, and granddaughter, Emma. The NSBA family extends its sympathy to Doug’s family and everyone in the horse community who knew and loved the horseman known as “Carp.”