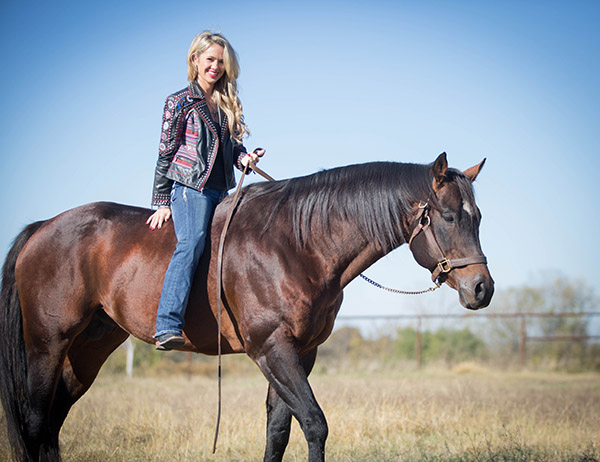 Our thoughts and prayers go out to Courtney Battison following the passing of her beloved, AQHA stallion, Hot N Blazing.

“Blaze” was the 22-year-old stallion by Blazing Hot and out of Zippos Baby Jane. During the course of his lifetime, he sired 107 Congress and Reserve Congress Champions, 54 AQHA World and Reserve World Champions, and accumulated total offspring earnings of $1,209, 244. In addition, he was a NSBA Leading Sire. He is the sire of winners such as Like A Boss, Look N Hott, Cowboys R Hot, and The Heat Seeker, just to name a few.

But before Blaze began his career as a breeding sire, he won numerous titles in his own right. He was an AQHA World Champion in Junior Hunter Under Saddle, an AQHA Reserve World Champion in Junior Western Riding, a three-time Congress Champion, and a two-time Reserve Congress Champion. He won Hunter Under Saddle and Western Riding at the Congress, on the same day, in 2001. 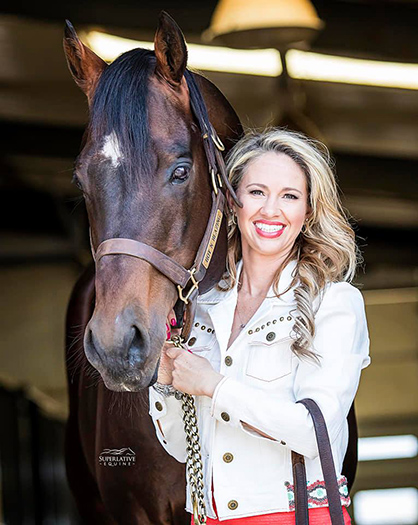 Courtney and Blaze have been a team for 18 years. When Courtney was ready to start looking for a new amateur show horse, she and Patty Campbell stumbled across the very special stallion. “I had shown a lot in youth and retired both of my horses, How D Amos and Sonnys Black Gold,” Courtney says. “We hadn’t even been thinking about a stallion. When we saw Hot N Blazing, we knew he was special. He was a once-in-a-lifetime horse. After he won his Hunter Under Saddle and Western Riding classes at the Congress and the World Show, we decided to retire him from showing and start breeding.”

Throughout his life, Blaze partnered with numerous individuals that had a special impact on his career. “Patty and Butch Campbell were my trainers and trained Blaze while I showed him. I showed in Amateur Hunter Under Saddle, Amateur Hunt Seat Equitation, and Amateur Western Riding. Rusty Green also trained him, and he was under Rusty’s guidance when I bought him. After I bought Blaze, Rusty won the Congress in Junior Western Riding and was Reserve in Junior Western Riding at the AQHA World Show.” 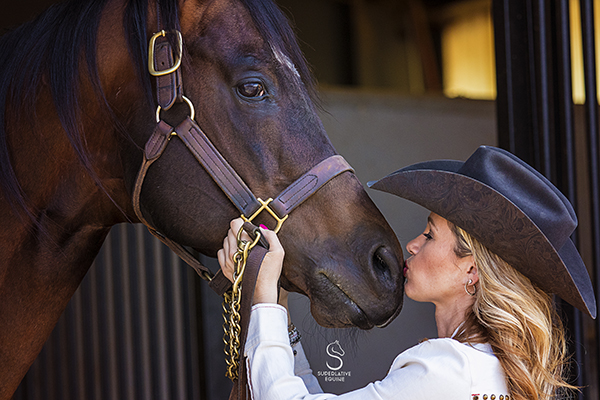 As a breeding sire, Blaze also had many handlers that helped to propel him to early and lasting success. “Joe and Suzy Jeane stood Blaze for me while I was showing him. Mike Hay stood Blaze at Pilot Knob while I was in college. Milt Alderman also stood Blaze at Oklahoma Stud when I first moved to Purcell. I stood Blaze myself since 2012. I really enjoyed every minute of collecting him, running to Fed Ex or the airport, and working with the mare owners. There are a long list of mare owners that bred great mares to him.”

But Blaze was much more than just a celebrated sire. He was known for having a charming personality that was often on display during his many fun, photo shoots with Courtney. “He had a great personality. He went out in his pasture every day. He loved it. He had a big pasture at the front entrance along the driveway. Sometimes, he would canter or trot down the driveway when I pulled in. He loved carrots and cookies. My mom made homemade cookies for him.” 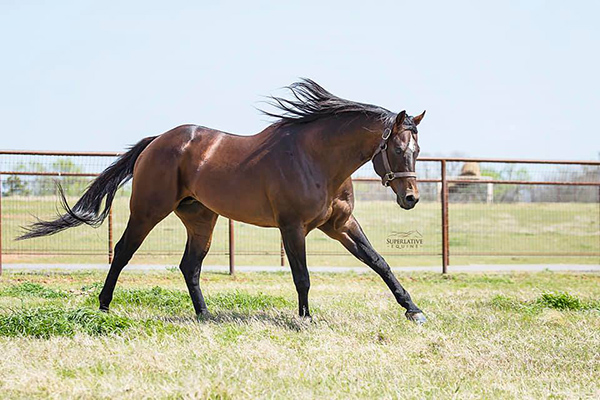 Although Blaze was 22 when he passed, Courtney maintains that he was in excellent health until the end. He has been buried on her ranch so he will always be close to keep a watchful eye on his newest crop of foals. “I have several mares due this spring, and I will continue his legacy with his frozen semen. I also have a really special daughter of his, Spurz N Diamonds, that I bred every year also.”

Our sincerest condolences go out to Courtney and Blaze’s many fans following his passing. 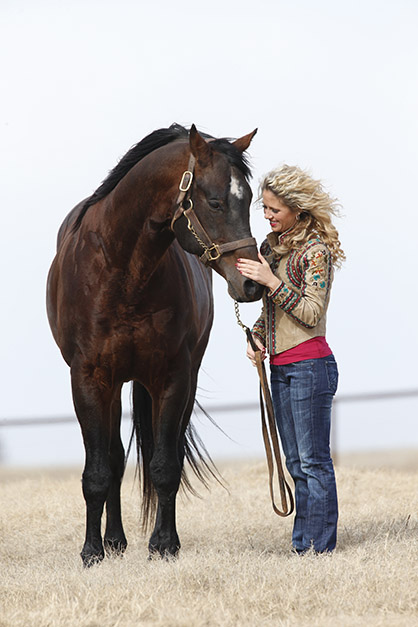 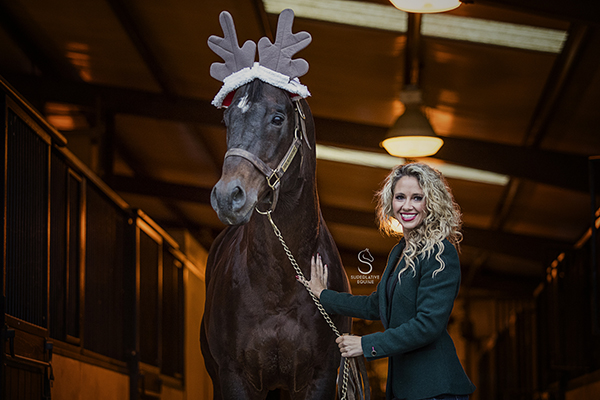 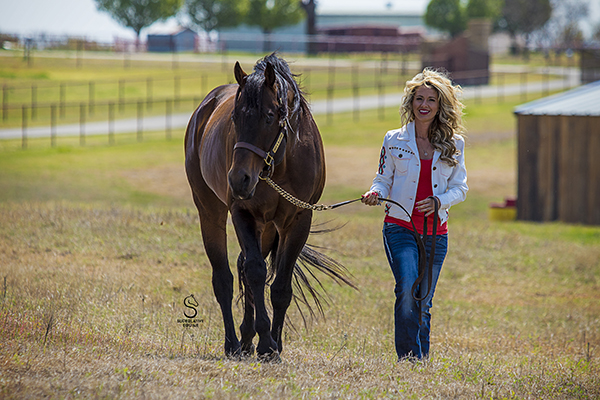