I’m Competing at the Congress… No Matter What 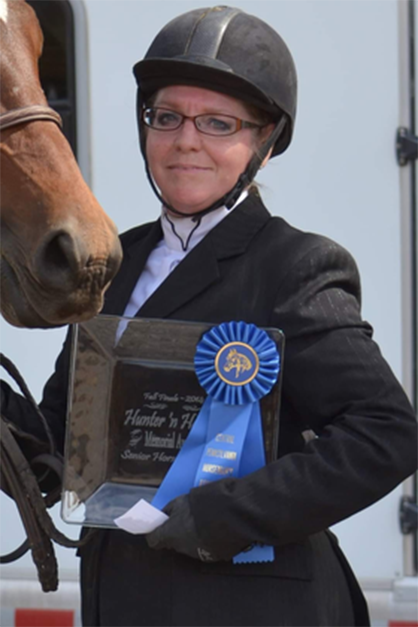 My mom, Brenda Livengood, will be competing at the Quarter Horse Congress this year in EWD classes with my ranch horse, MonkeySee MonkeyBlue. What’s amazing about her story is that she’s here to do it at all.

I bought Monkey off a video, and he could barely steer when I got him. He was never meant to be a keeper, just a project to resell. He jumps beautifully and would’ve made some little girl or boy very happy. There’s no doubt he would’ve been competitive as a Hunter pony, but the more we got to know him in the journey, the more we fell in love. He has the sweetest temperament and is 14.2 hands of fun! But, unfortunately, I’m an old lady, and my mom is an even older lady. Adults riding “ponies” in the Hunter world isn’t exactly what judges are looking for, so I had to find a reason for Monkey to stay. And so, Monkey, who has ranch breeding, started his Ranch Riding career.

It was new for both of us, but I was determined to make a go at it so I had a good reason to keep him. We enjoyed the ranch stuff so much that I started adding more ranch type events. We were about three years into our Ranch Riding journey when I decided to start learning how to do breakaway roping so we could add another event for the all ranch shows. This is where the story really begins.

Back at the beginning of May, my mom was at a roping clinic with me. She was holding my horse when she ended up in an extremely unfortunate position. Another horse took off with a rider on board. It was just behind Monkey and slammed into his rear end. It shoved him forward, obviously startling him, and he kicked out at the horse. In that moment, my mom ended up near his rear and got kicked. Then, she was stepped on by the offending horse. She was taken to the ICU by helicopter. 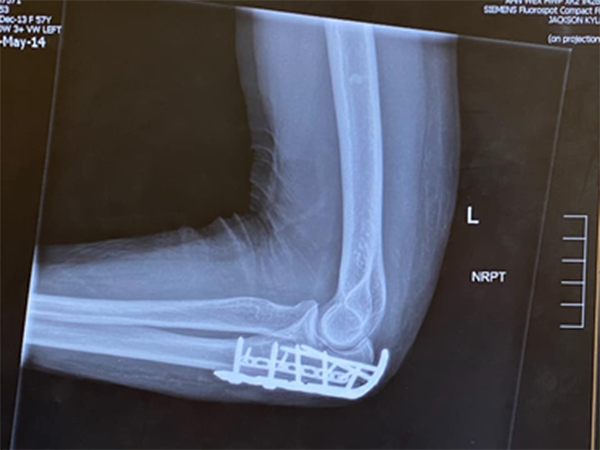 She had a shattered spleen and was bleeding internally. She had an open fracture of her elbow, eight broken ribs, and a collapsed lung. Doctors sent her home after five days in the hospital. But, she was slowly suffocating after she contracted pneumonia, and she ended up back in the ICU just a few days later with a drain in her lung. We weren’t sure she was going to make it at all, and yet, by God’s grace, here she is! Even that first night in trauma ICU, between every other sentence of asking for pain medication, she didn’t care about anything else but showing at the Congress. She told me no matter what happened, it was an accident, and that I needed to keep showing Monkey, because he’s special and has big things in store.

When my mom was in the ICU, the doctor came around with some residents the morning after her accident. When he came to my mom, he told the group, “This one is going to be just fine.” The residents asked how he knew that considering the severity of her injuries and her age. He said that he can predict a patient’s recovery chances following a catastrophic injury based on three populations. The “average person” will typically never fully recover, because they will want pain medication forever and spend the rest of their lives going to doctors complaining about what they can’t do, instead of being grateful for the things they still can do. Then, you have the “extreme sport” group. These people will get hurt, stay on pain medication a bit longer than may be needed, but eventually they get back to what they were doing before their accident. “Horse people” were his favorite group. No matter how bad the injuries, the patient always shrugs it off, tells the doctor they’re wrong, and works hard to get back to doing what they were doing before the accident. 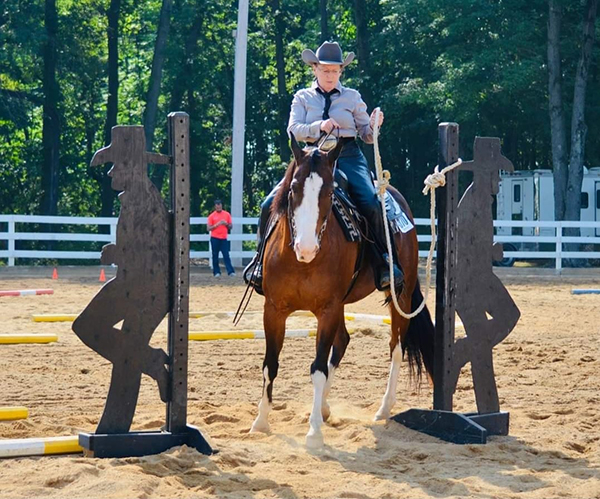 We’d originally planned on my mom showing our other horse, but she wasn’t quite ready yet. We decided that since Monkey will already be at the Congress, and that we know he will take good care of her, she will ride him. She will be competing with him in EWD Showmanship, Hunter Under Saddle, Equitation, Trail, and Horsemanship. She started riding again in mid-August, and I’m just so proud of her and so very grateful she’s here and can compete at all.

She still has issues. Her spleen is completely gone, so if she gets any fever at all, it becomes an emergency situation. She will require another surgery for her elbow, but she said that must wait until after Congress, of course! The bottom half of her lung never did reinflate, so she’s still under care for that and gets winded.

So, Monkey will be making his Congress debut, not only with me in ranch events, but with my mom in EWD classes. We’re so blessed to have him in our barn. My family and I are even more blessed that my mom survived and has recovered enough to be able to climb on board and show. God is GOOD!

If you have a story to share with The Equine Chronicle, email B.Bevis@EquineChronicle.com for consideration.