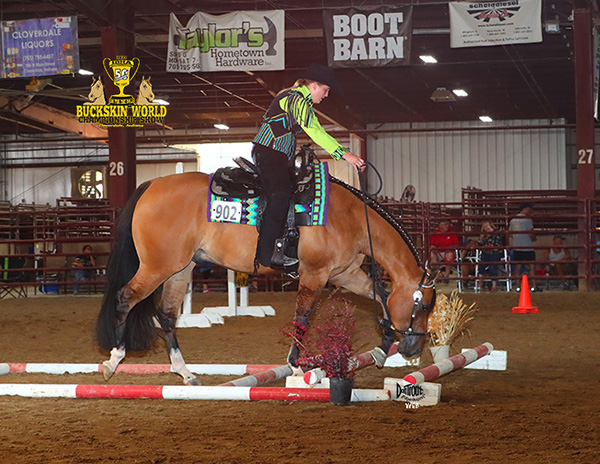 My horse’s name is The Hottest Breeze, or “Houdini.” He’s a 2016 dun gelding by Dynamic Breeze and out of Hot Fudge Toddy (ZCC) We bought Houdini at birth from S&G Quarter Horses in Ohio, which is now located in Florida, and he was delivered to me as a weanling. He’s the first baby I’ve raised and trained myself. As a New England carded judge, I have to compete in the open division, so we had our work cut out for us.

Houdini has struggled a lot in his life thus far, but through the adversity he’s faced the one thing that’s stayed the same is that he loves to work and to be told he’s a good boy. After a surgery in the fall of 2018, we set our sights on the Open All Around events. In 2020, we hauled him to the IBHA World Show in Cloverdale, IN. where he earned the Reserve All Around Horse title for the show. He ended the 2020 season as the IBHA All Around Open Performance Horse, which was a dream come true. 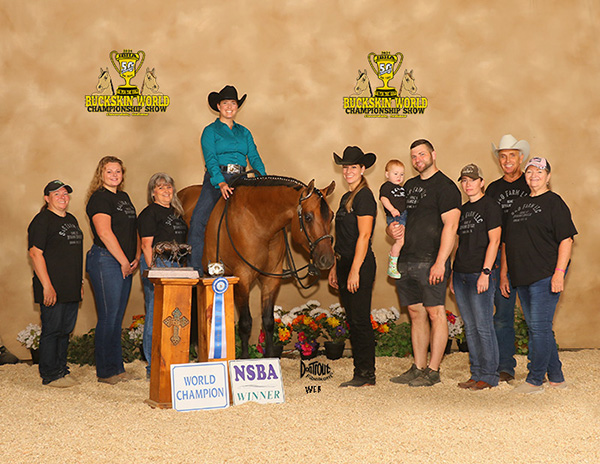 Since then, my goal was to take him back to the show for another attempt at the All Around title. When we got there, it became apparent that the trailer ride had taken a lot out of him, and he was extremely sore. It’s a 900 mile drive one way from Vermont to C Bar C.  We worked around the clock to get him back to show shape, but through the week it became apparent that our goal of winning All Around wasn’t in the cards this year. We scratched every class except for Open Western Trail, a class he won a World Championship in during the 2020 show.

To conserve energy, we didn’t do the Trail warm up the evening before, and I got on right before the class. I wasn’t expecting much at all. I just wanted to be able to show my horse and have a clean round. We went last in the working order, and he traveled through it with his ears up and picked his way around as if he knew it was his one chance to shine that week. As we cleared the last pole, I broke down in tears.

Houdini placed first, first, and second place and won a World Championship for the second year in a row. I stood in front of the judges sobbing, and as I walked out one of the first people to meet me at the gate was trainer and judge, Dan Grunewald. 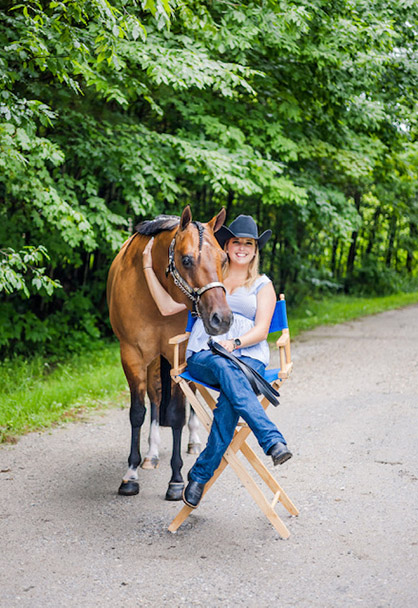 The IBHA is a smaller breed association, but the group of people that defines it are talented, caring, and truly wonderful. I’m not sure there was a dry eye in the holding pen after that class, and it’s something I’ll never forget- being surrounded by friends who have become family over the years and getting a hand shake of congratulations from a man who defines all that a mentor is.

We left the World Show with one ribbon, one buckle, and one NSBA bronze, but the one thing I’ll take away from this show is the support and encouragement I felt. Showing isn’t about the buckles. It’s about the experience and the love of the animal. I think they will always know when you’re working to do right by them, and, in return, they will give you their all.

If you’d like to write a blog about a topic in the industry, or just share a special story, email B.Bevis@EquineChronicle.com for consideration.