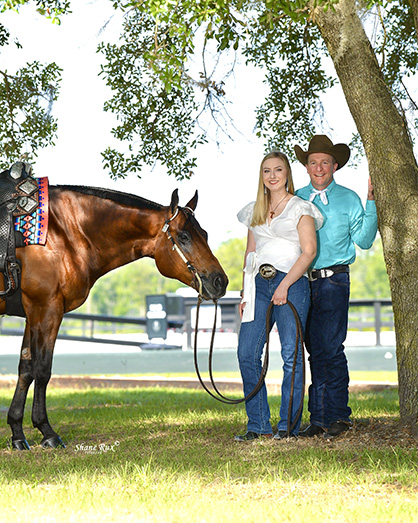 “When people ask how we met, we always say ‘at a funeral.’ It all started with horses and a funeral…”

The story of how Rachel and Ben Schoepf met is certainly not typical. It’s the culmination of a series of events that could’ve only been planned by grand design.

Looking back to 2015, the day Rachel met Tom Schoepf wasn’t initially the best of memories. She was competing at a horse show in Winona, MN. At the time, she was second in the nation in AQHA overall standings for Novice Amateur Showmanship. She knew that every point she earned that summer was crucial to helping achieve her goal, so she’d planned an aggressive strategy for her performance that day.

“I remember telling my trainer [Bonnie Minor] right before I was going to do my Showmanship pattern that I was going to go ‘balls to the wall.’ It turned into a ‘face in the dirt’ pattern,” Rachel says. “I went to do my trot line and my horse ended up stepping on the side of my boot while I was running. It pulled me right to the ground. I just remember thinking, ‘We’ve never practiced falling down before. What do I do?’ I got up, pulled my horse’s head back down and pet her, because she was frazzled. I turned around and finished the rest of my pattern. After leaving the arena, I met eyes with Bonnie and just started crying. I was so embarrassed and disappointed that I gave up points that were valuable in helping me reach my year-end goal.” 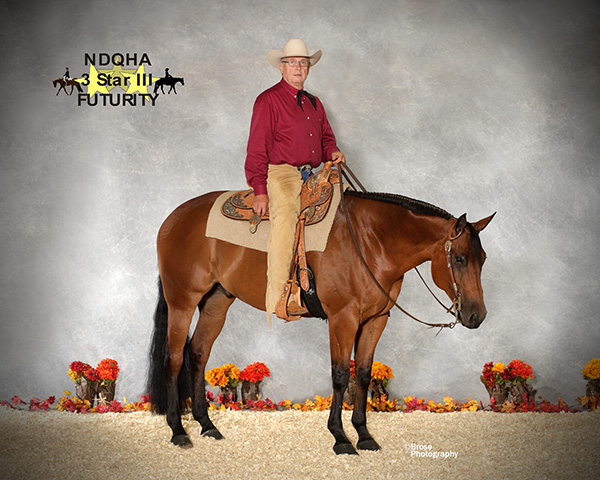 Later that day, Rachel was walking past the show office when she was stopped by a man she recognized as the ring steward for her class. His name was Tom. He asked her if she was the girl who fell down in Showmanship. The interaction that followed is one that shaped her life in ways she could’ve never imagined.

“I will never forget looking him in the eyes as he told me that he thought I had such a great attitude after falling and getting back up,” Rachel says. “He said the best part was me petting my horse after the incident and went on about me having great sportsmanship. Hearing that made me smile. It set my day on a whole new trajectory and changed my outlook on what happened. I became very proud of myself for falling down. I always called him my favorite ring steward from then on. While Tom and I never had another conversation, I did see him at other horse shows, and he would give me a smile and a wink.” 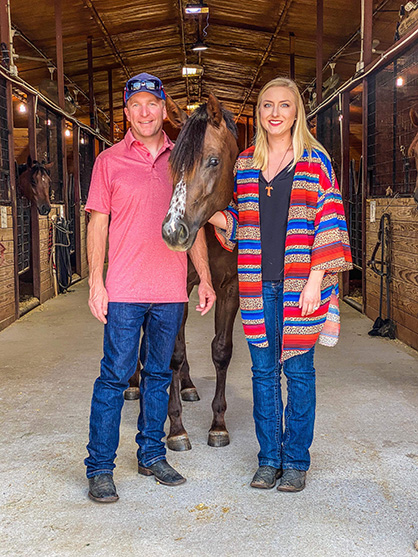 Sadly, Tom passed away, and Rachel’s trainer, Bonnie Minor, gathered at the visitation to pay her respects. “Bonnie had been a great friend of the Schoepf family, and Tom was an important mentor, both in and out of the horse arena to her. Bonnie had known his nephew, Ben, for a long time. Bonnie saw him at the funeral and asked him how he was, what he was up to, and how his love life was going. Ben told Bonnie his idea of the perfect date. ‘My idea of the perfect date is riding horses after a long day at work,’ he said. ‘I know I need to find someone and settle down, but she has to love horses.’ To which Bonnie replied, ‘I know just the girl for you!’ That was that. I added him on Facebook, and although I lived about two hours away from Ben at this point, we met up with each other four days later at a football game.”

When Rachel met Ben, she had no idea that his Uncle Tom was the same ring steward that shared a kind word with her after a disappointing performance. It wasn’t until after she and Ben were engaged, when a Facebook memory popped up showing a video of the Showmanship run, that she noticed her favorite ring steward in the background. 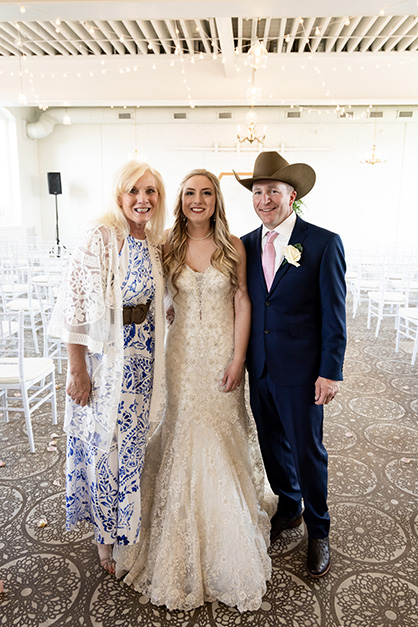 “If there is anything you take away from reading this, just remember, people may not always remember what you said, but they will always remember how you made them feel,” she says. “Tom made me feel so good in that moment. All too often, we think positively about someone in our head, but we never verbally share that positive thought or comment with the person directly. We just keep it to ourselves. If you admire someone or their actions, let them know! A simple comment can go a long way. What if Tom never approached me and told me those words? I’d probably still be disappointed and embarrassed about that day.”

“The manner in which we met is special, because while people were mourning the loss of such a kind person, a new relationship developed out of it. It’s even more special, because of the person whose death brought us together. I had only one interaction with him, and it was such a positive one.” 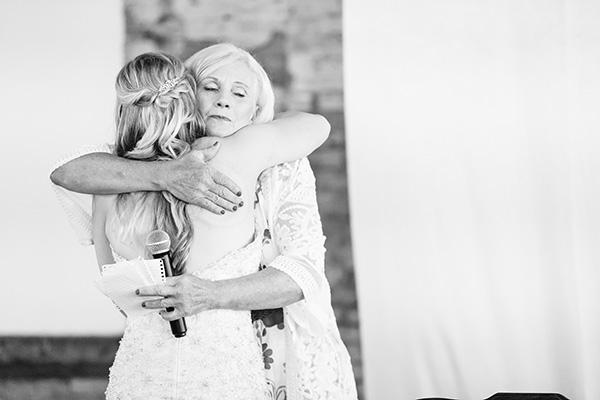 During Tom’s funeral, friends and family were given necklaces with an initial T. Rachel and Ben wear those necklaces knowing that Tom is riding with them in spirit.

“The morning of our wedding day, July 3rd, Ben’s grandma mentioned that July 3rd is the Day of the Feast of St. Thomas in the Catholic Church. July 3rd was also the only day our venue had available. We felt Tom with us that day and wish he could have been there. Unfortunately, Grandma Schoepf passed away just a few weeks after our wedding. Her funeral was held on August 9th, the anniversary of Tom’s death.”

Ben is a third-generation horseman. In 1971, Ben’s Uncle Dave won at the Quarter Horse Congress in Youth Activity Halter Showmanship 16-18 with a horse named Chances Are Gold. In 1982, John Lawrence led the family’s stallion, Score Four, to win at the Congress in Aged Stallions. Ben and Rachel both hope to win a Congress trophy someday to add to their family’s legacy. 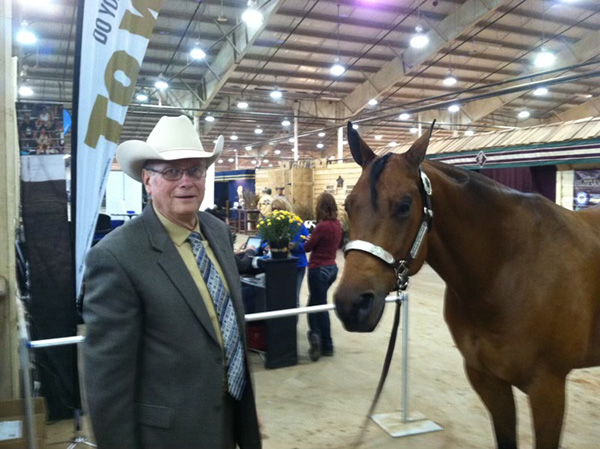 “Currently, Ben and I ride with Brian Ale out of CAC Show Horses. Ben shows primarily in Western Pleasure and is preparing for The Championship Show in Ocala and the Congress with our horse, MoonliteSaturdayNite. We both plan to show our three-year-olds at futurities next year, and continue to breed and raise quality horses. Our horse, MoonliteSaturdayNite is a special horse to us, because he’s the type of horse Tom would’ve picked out. Big, bay, and built like a Halter horse that could ride. He would’ve loved him.”

If you have a special story to share with The Equine Chronicle, email B.Bevis@EquineChronicle.com.