Host of Trainers to Lend Their Expertise at Upcoming Equine Affaire 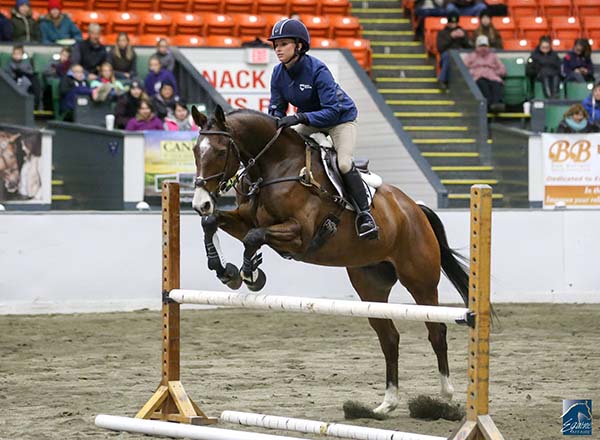 Whether you want to learn more about your own discipline or explore new ways to enjoy riding your horse, there’s a clinic for you at Equine Affaire in Massachusetts! On November 7-10, 2019, the industry’s premier equine professionals will gather at the Eastern States Exposition in West Springfield, Massachusetts, to present more than 150 individual sessions on all aspects of horsemanship. This year, Chris Cox, Dan James, Julie Goodnight, Steve Lantvit and Jason Irwin lead a star-studded lineup of more than two dozen clinicians presenting on general horsemanship, hunter under saddle, dressage, ranch riding, reining, barrel racing, driving, and more.

General admission to Equine Affaire includes entry to all clinics, sessions and demonstrations (plus the trade show, theme pavilions, and the Versatile Horse & Rider Competition!), so purchase your tickets online today at equineaffaire.com. Adult tickets are $16/day or $50/four-day pass, tickets for children (7-10) are $8/day, and children six and under are admitted at no charge. Between clinics, visit the trade show and look for your favorite clinicians’ booths for meet-and-greet opportunities. You never know who you might meet face-to-face on the grounds of Equine Affaire!

Chris Cox is an accomplished horseman and teacher who has conducted clinics and demonstrations for more than two decades. Raised on a cattle ranch in the wilds of Australia, Cox learned at an early age how to appreciate the abilities and traditions of the great men and horses around him. His training techniques have been influenced by both English and Western traditions and they can be applied universally across disciplines. From his Diamond Double C Ranch near Mineral Wells, TX, Cox is a successful trainer, breeder, and competitor in the cutting horse world who also competes in reined cow horse and team roping events. Cox provides horse enthusiasts with straightforward, authentic and practical ways to improve their relationships with their horses. At Equine Affaire, Chris Cox will present sessions on finding softness in your hands, feet and seat; addressing common riding and training problems; building rider confidence, and more.

Learn liberty, lead changes and more from outstanding horseman and trainer Dan James, who has been training horses since he was a teenager growing up on a cattle ranch near Queensland, Australia. James traveled to Japan and then the United States to gain knowledge and experience training horses before returning to Australia to manage a vast cattle operation. James’ aptitude for trick riding and entertaining first emerged at this ranch where he periodically performed for guests. In 2008, he left the outback to find his audience and began performing at El Caballo Spanish Horse Centre. There, he met his performance partner, Dan Steers, and together, they’ve developed and promoted “Double Dan Horsemanship.” James’ competitive accomplishments include being the 2012 Road to the Horse World Champion, the 2014 Freestyle Reining Champion at the Kentucky Reining Cup, a Mustang Million Finalist, and others. Dan James’ philosophy is to push the limits of horsemanship and entertainment while providing knowledge and understanding of horses. Dan James will present multiple sessions on liberty horsemanship as well as provide insights into developing better lead changes at Equine Affaire.

Beloved equine industry icon Julie Goodnight established a connection with horses at a young age, and after a successful run as a youth rider on jumping horses, she galloped her way through college riding racehorses. For nearly four decades, she has been at home in the Colorado Rockies, pursuing wilderness sports and riding cow horses. After founding her training business in 1985, Goodnight’s reputation as a horse trainer grew far and wide. In 2008, she began producing “Horse Master with Julie Goodnight,” a popular how-to horse training series that has aired weekly on RFD-TV for more than a decade, with 260 episodes. She now educates horse owners everywhere through her online training programs at JulieGoodnight.com. This year’s Equine Affaire will feature sessions by Julie Goodnight on regulating your horse’s speed; bridleless riding; and finding balance, rhythm and a soft hands in your riding.

Steve Lantvit is a multiple World Champion and Reserve title winner in ranch horse competition who believes in training versatile, well-rounded, and capable horses and riders through confidence, mutual respect and solid communication. As an award-winning clinician and trainer, Lantvit builds confidence in horses and riders through cross-training and exposure to a variety of situations, improving their performance and attitude whether on the trail or in the show ring. Mr. Lantvit has used his decades of experience in the horse industry to create his own line of training aids for the everyday horse person, including training DVDs, tack and other equipment. He travels the country teaching clinics in addition to training horses, teaching lessons and hosting clinics at his ranch in LaPorte, IN. At Equine Affaire, Lantvit will conduct sessions on achieving collection in the bridle; the correct spin; the foundations of neck reining, and more. 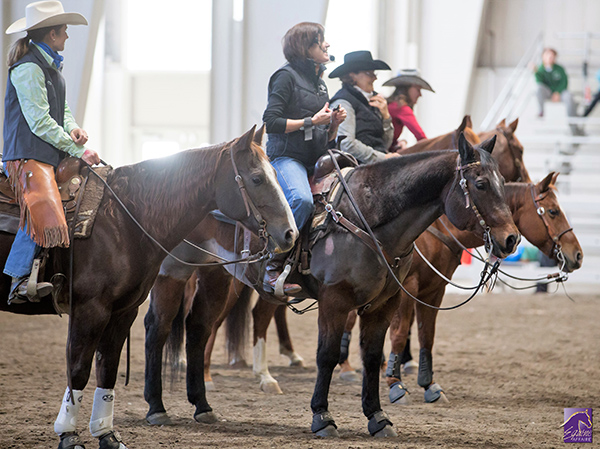 Lifelong equestrian Jason Irwin grew up on his family’s farm in Southampton, Ontario, breeding, training and selling Quarter Horses. Those experiences provided Irwin with his first taste of horse training through colt starting and fixing problem horses. He has since moved on to include advanced and liberty training in his repertoire. Irwin runs his training business, Jason and Bronwyn Irwin Horsemanship, with his wife. He currently conducts 25-30 clinics a year in Ontario and Eastern Canada and is working to expand his range to Western Canada and the United States. Irwin works with both Western and English riders of all skill levels and with various problem areas. Attend Jason Irwin’s sessions at Equine Affaire to learn more about colt starting; exercises to soften and supple your horse; and horse training tips for young trainers.

In addition to general horsemanship sessions, a plethora of discipline-specific sessions will be provided by other top experts in the industry, including:

For the full list of clinicians, event schedule details and additional event information about Equine Affaire in Massachusetts, visit equineaffaire.com today or call the Equine Affaire office at (740) 845-0085, Monday-Friday, 9 am to 5 pm ET. Purchase your general admission tickets for Equine Affaire in Massachusetts online at equineaffaire.com and take advantage of new digital delivery options! Print your tickets at home or present them on your mobile device to be scanned upon arrival for hassle-free admission.