Have You Ever Considered Your Pet’s Mental Health? 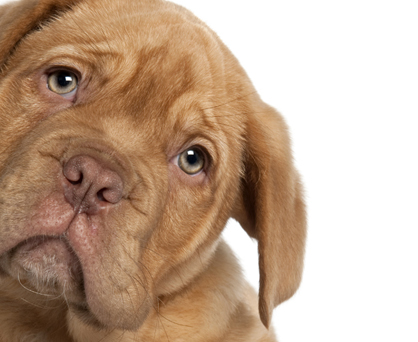 During this Mental Health Week, the peak body for veterinarians, the Australian Veterinary Association (AVA) is reminding pet owners that like humans, pets can suffer from mental illness and it’s important that we keep a watchful eye on the mental health of not just people, but also their pets.

Spokesperson for the AVA and veterinary behavior specialist, Dr Jacqui Ley, says that psychiatry is part of veterinary science because much like humans, animals too can develop mental health disorders and it’s important to diagnose them and commence treatment as early as possible.

“While there is no hard evidence on the rate of mental illness in animals, it’s reasonable to conclude that statistically it’s the same as in humans – that is, one in five suffer from a mental health condition. Given the number of pets that end up in shelters because of a behavior-related problem, one in five is certainly a reasonable, possibly conservative statistic.”

“The key is for pet owners to seek veterinary advice if they notice unusual behaviour in their pet. Some dog owners go direct to a trainer for help, but your veterinarian should always be the first port of call. They will then be able to advise on next steps,” she said.

In dogs, mental illness commonly manifests in the form of:

Dr Ley says that as dogs age, it’s normal to expect the brain to slow down a bit, but some are developing serious cognitive health conditions such as dementia or Alzheimer’s, which is going undetected.

“As a behavior specialist, I don’t get a lot of owners of older dogs seeking help for serious cognitive problems, which is a concern because it means these problems are going untreated. For an older dog suffering with cognitive decline, they’ll often display a loss of learned responses such as where it’s supposed to toilet or getting lost in its normal environment. They’ll also become increasingly anxious and even wake at night. Unfortunately, it’s easy for owners to dismiss signs of serious cognitive problems as simply their dog getting on in age and mentally slowing down.”

“But there’s normal aging and abnormal aging, and we know that both dogs and cats can develop a form of Alzheimer’s. For dogs older than seven years that are displaying abnormal signs of aging, a visit to the veterinarian is critical in helping to identify and address any existing mental health issues. While we may not be able to cure the pet of the illness, through a combination of adapting its environment, modifying its behavior and sometimes medication, we can manage the illness giving the pet a chance to live a quality, happy life,” Dr Ley said.