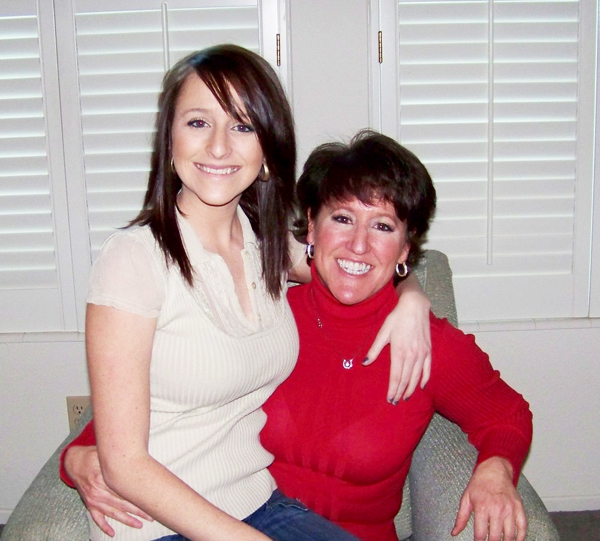 Jennifer Thompson Lisson fondly remembers the calling her daughter, Whitney, had to help others.

“Whitney was a huge human advocate, always looking for ways to help people who are not as privileged as we are,” Jennifer explains. 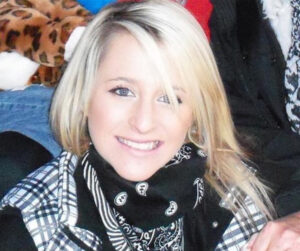 But when Whitney was tragically killed by a drunk driver, Jennifer was lost.  “I had no idea what I was going to do,” she explains.  She found her way to Schulenburg, Texas, and worked as an estate director for Ken and Laina Banks, and it was there she met her husband, Jeff Lisson.

When they married and moved to San Angelo, Texas, Jennifer became a Court Appointed Special Advocate, or a CASA, a volunteer who works with foster children.  CASA volunteers work with children who have been removed from their parents’ homes, making recommendations in their best interests, assuring all their needs are met until their case is closed or until a child is placed with a safe family.  “A CASA speaks up and advocates for kids in a court of law when they can’t stand up for themselves, so I stand up for those kids,” Jennifer says.

In part, she chose this role as a nod to Whitney’s deep call to service to others. In her years as a CASA, however, Jennifer made an important discovery.  “I found every single one of my kids was way behind in school, and when I tried to get them help, there was none. Child Protective Services had no plan in place for kids who didn’t qualify for other programs. There was nothing to help them get caught up.” 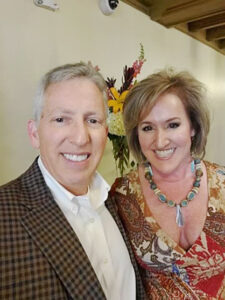 She also learned that only 62 percent of foster children get a high school diploma and only 2 percent get a college degree. “One night I was complaining to my husband, Jeff, about the fact there was nothing for them,” Jennifer says.  He told her to create the help herself, offering to do the legal part for the proposed organization if she did the rest. Looking back, Jennifer says she thinks the busy attorney was probably joking, but she never hesitated to follow the strong pull to help.

“It took me four or five months to get my foot in the door with Child Protective Services here in San Angelo, and when I finally got the right person, CPS wanted to try it,”  she explains. Since she needed a big group of tutors in a hurry, she called an old friend from the horse industry, Don Topliff, who was now the Vice President of Angelo State University.  “We had lunch and he put me in touch with their Honors Program director; I told her what it entailed, and she made it a mandatory community service project for her program.”

So the WHIT program was born, a 501c3 corporation named for Whitney Thompson to honor her legacy of helping others, offering weekly, hands-on tutoring for students a grade level or more behind.  “We helped 27 kids the first year (last school season) and 26 of them caught up to their grade level so they can go on to the next grade,” reveals Jennifer.

Their success stories have already been impressive, from kids who were ready to drop out to now 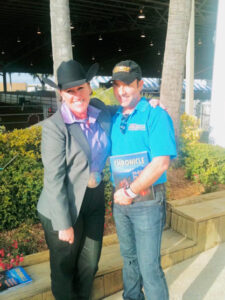 planning for nursing school, to a third grade boy with no exposure to education now reading.  “Many of these kids get pulled out of their home at night, and they are placed in a CPS office; education often has not been part of their lives because it’s not part of their parents’ lives, and it continues from generation to generation,” Jennifer divulges.

Instead of not getting educated, ending up in prison or facing a life of crime, WHIT offers them an opportunity to get a high school diploma to improve their job prospects or go on to college.

The Essential Element: The Tutors

The important link to making the tutoring valuable to the kids are the tutors themselves. They’ve been so inspirational and effective they turn into mentors for many of the students.  “The honors students have been very motivational for these kids,” Jennifer explains.

“We require the tutors to go through a vigorous interviewing and acceptance system,” Jennifer reveals, which includes a background check, FBI fingerprinting, an online course, and education on how to spot abuse and neglect, and it’s all done online.   “They meet once a week with the child at a public place – usually the public library, and they have a 45-60 minute tutoring session.”

Not only has the tutoring been effective; the honors students are also able to pass along skills of how to study, how to be organized, and how to be successful, and the encouragement that the student can do it. 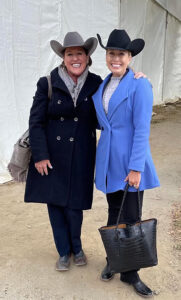 As if helping those first 27 students wasn’t reward enough, Child Protective Services asked if WHIT wanted to go statewide after that first year.  “We are now active throughout the state of Texas,” says Jennifer. “We have universities like Texas Tech, Texas A & M, UT Dallas, and other smaller colleges on board. In order to do this, it takes money, and we are getting ready to hold a big fundraiser.”

The right things have happened to enable their growth – Jennifer was named West Texas CASA Volunteer of the Year for 2022, and WHIT was awarded the Best Community Service Program title from the National Collegiate Honors Council.

Somehow in all of this, Jennifer is determined to further connect this program to the horse community, a cherished part of her life.

One of her colleagues and a fellow judge from the horse industry, Sissy Anderson, is the Vice President of Operations for WHIT. The Leitchfield, Kentucky resident dedicates her volunteer time to the organization, and Jennifer explains they’ve also had a few nice donations from the horse industry.  They’re looking for other ways to connect the horse people they know and love to such an important service.

“Now that we’re online, the tutors can be located anywhere as long as they are approved. We’d love to get groups involved in tutoring if they need community service on their college application.  It’s a great way to serve your community by helping children to be able to graduate and become fully employed. It feels good to mentor a kid and know you have an effect.”

She says they will go national someday, but for now, they are perfecting everything. “We want to be a slow grow so we don’t make major mistakes; we want to do things right and thoroughly, and once we get set up statewide, we’d love to take it on a national level.”

The Answer to Carrying On

Turning her loss into a positive influence for others was a choice, Jennifer explains.  “You have a choice 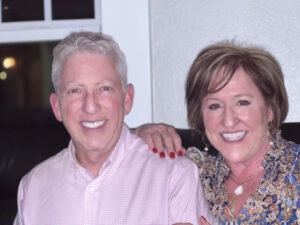 to either to curl up or you have a choice to rise, and it took me a while to do that.  I’m going to choose happiness and success and make the very most out of the loss of the love of my life. I decided to make what was around me a better place and that’s how I survived. It saved my life and I surrounded myself with positive people, including my husband, who has a brilliant mind.  I’m the gumption and the heart, and he is the business mind, and as a team we wouldn’t be able to do this for everyone else without one another.”

To learn more about the WHIT program, visit www.WHITprogram.org, or you can contact Founder and President, Jennifer Thompson Lisson, jennifer.lisson@whitprogram.org.