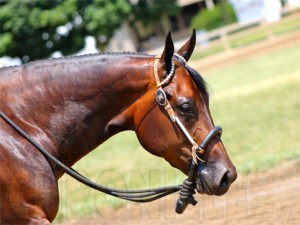 ATTENTION EquineChronicle.com readers: The following information is For Your Eyez Only! Are you Lukinforagoodtime? Then, you’re probably planning to attend the main event at the upcoming Quarter Horse Congress: the Equine Chronicle Masters 2-Year-Old Western Pleasure and Hunter Under Saddle.

Wondering who’s planning to compete? We’re happy to announce that we’re bringing back our extremely popular profile series titled “Get To Know a Few of the Horses in the Equine Chronicle Congress Masters.”

Are you Completely Lazy and haven’t found the Bestseatnthehouse for the upcoming Equine Chronicle Masters event? We’re not sure if OQHA has Gotta Knapp For That, but you’ll definitely want to get your tickets early to see who will have Al The Right Moves.  Al Be Seeing Ya there!

In the meantime, check out a few of the horses that will be competing at the big dance in October. For this first Western Pleasure section we have Pat Heeley with Gotta Knapp For That, Jeff Long with Show Gurl, Carl Yamber with Rock County Kid, Rusty Green with Bestseatnthehouse, Kenny Lakins with Lindsay Lopin, and Ashley Lakins with Lopin So Lazy. 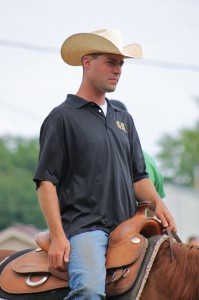 Horse: Gotta Knapp For That, aka “Clara”

How did this horse get its very clever registered name? “It was Susan Knapp’s idea,” Pat Heeley says. “She came up with that. Susan raised her. She did an embryo on Cool Krymsun Lady and [the mare] had four babies. This was the one we decided to keep. She seems like she’s going to be one that’s the same all the time. For an event like [the Masters], there is a lot of stuff going on. I think she’s going to be able to handle the pressure of that class really well. I mean, you have to put your best horse in that class. It’s a tough decision. That’s probably why we did pick this one.”

Interesting Fact: There is a bit of family history of competing successfully with this particular bloodline in the Congress Masters class. The mother of Gotta Knapp For That is Cool Krymsun Lady, who was Reserve in the Congress Masters as a two-year-old with Gil Galyean. The mare’s first foal, Suddenly A Cool Lady, won the Masters with Galyean in 2011. In addition to Gotta Knapp For That, another foal by Cool Krymsun Lady will be competing in the Masters as well. She’s Blazing Cool will be piloted by Gil Galyean.

“Suddenly a Cool Lady was Annie’s first baby, and she won the Masters with Gil. Out of Annie’s four babies, mine is in the Masters and Gil’s is in the Masters. That’s kind of exciting. We just sold the Blazing Hot gelding to Vicky Holt. I believe she may be showing it at the Congress in hunt seat. It’s getting that way nowadays with more of the embryo transfers out of those really good-bred horses.”

Why did you choose this horse for the Equine Chronicle Congress Masters? “She reminds me of Annie [her mother] a lot actually. She’s not as big of a horse, and she’s definitely got those Goodbar hocks, but she’s got a lot of that pretty and really stands up in her shoulders. Mentally, she’s a lot like Annie was too. I showed her mother a little bit, but Gil mostly showed her. Sara won the Congress with her and Gil won the Congress and the World Show.” 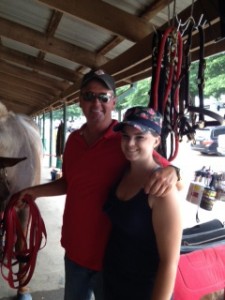 Sire: Only In The Moonlite

Description: “She’s actually a bay roan,” Long says. “She’s very pretty, great-minded, and great-legged. I actually bought her as a yearling myself and then sold her to the owners, so I’ve had her for a period of time.”

Interesting Fact: “I won the Masters with Only In The Moonlite in 2006. There are a lot of similarities: a great front leg, tons of lift, a lot of hang time, and a great hock.”

Why did you choose this horse for the Equine Chronicle Congress Masters? “I felt she was the prettiest and the best legged one I had that fit into the Congress criteria the most.” 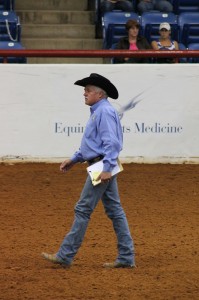 Sire: Good I Will Be

Description: “He’s big and elegant, and I thought he would stand out being that good of a loper,” Yamber says. “He has a really pretty top line in his head and neck. Knowing the pedigree like I do, I knew he would train well, and I hoped the family would follow through, which it did.”

Interesting Fact: “He is by Good I Will Be, who I showed and raised. I also showed his dam too. Unfortunately, I’m getting old enough that it’s happening a lot more nowadays! It’s pretty bad when I had the sire’s dad also. I had Good Machine for a year and a half. They’re a lot alike. He is very talented. They lope very similar, and they are real strong, pretty horses.”

Describe the experience of competing in the Congress Masters: “I’ve not shown every year, but I’ve had several. I think leading up to it everybody gets a little nervous. Once the class starts, it goes as normal. If people say they’re not nervous, they’re not telling the truth. It’s exciting, and I hope it’s still exciting to us when we show. It can’t be old hat. I think he’s a very nice horse. If he shows well, which he should, we will have a very good chance of doing good.” 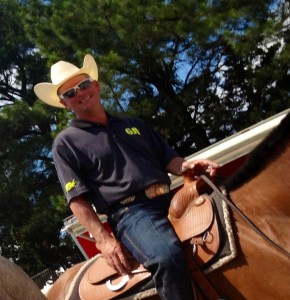 Dam: A Radical Rodder mare out of Always Invite Hollywood

Description: “She’s really easy and aims to please pretty much,” Katie Green says. “She’s been ready to show since June. Her job is very easy for her. She is beautiful, a very pretty mare.”

Why did you choose this horse for the Equine Chronicle Congress Masters? “We actually just purchased this one. We bought it at the Tom Power in June from Brian Baker. We saw it and it reminded us a lot of Only A Breeze. She’s actually just like that horse, so it was a pretty easy decision. Alex is going to show her next year in the Limited Non Pro Three-Year-Old classes.” 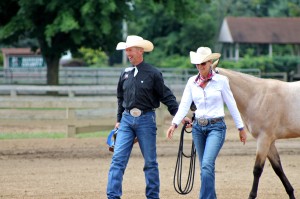 Description: “When they sent her to us, their goal was to make her a three-year-old,” Ashley Lakins says. “We’ve never had a horse for them before. They approached us last year when she was a yearling. She showed us pretty early on that she was going to be a 2-year-old pretty quick, so we talked them into doing the Masters because it’s later in the year. They didn’t want to push her, because they want her to go on and have a long career and do the western riding. They were pretty adamant they didn’t want to show her early. She’s special, just like the other Lazy Loper mare [Ashley’s mount]. They just have special qualities that showed us they would be the caliber of horses to show for that kind of money.”

What’s the story behind this mare’s name? “I think her name is supposed to be like Lindsay Lohan. We didn’t name her, Kerry Papendick did!” 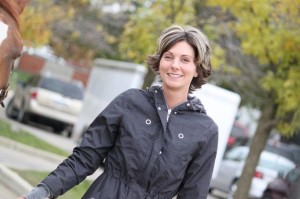 Dam: Shez Only Good, the mother of Keeping It Good, a horse Kenny Lakins was fifth on the Masters

Description: “Brent Tincher raised this mare, and we bought her early in her yearling year,” Ashley Lakins says. “We just sold her to a customer in the barn. She’s really good-minded, sweet, and easy to be around. She has a lot of talent just like her brother, Keeping It Good. She does [remind me of him], but she’s not very tall. He’s by Good Machine and out of the same mare, so they aren’t full [siblings]. He got a lot of the height. They look very similar, but she’s quite a bit smaller, maybe 14.3 or 15 hands. She’s little compared to him, but as far as movement, they’re very similar. She showed us from the very beginning that she was going to remind us a lot of her brother in the areas of trainability, disposition, and talent. I think we felt like this was one of our best contenders to put up for that kind of money.”

Interesting fact: “I’ve never show in the Masters before, so this will be a maiden deal for me. I’m anxious to show there. Kenny loves that pen, and I love to show in that pen in the regular Congress stuff. I have shown in the $250,000 Reichert class three or four times, so I feel like being in that type of big class will be ok with me. I’m excited to go and show there. My parents will come and watch, and it’s just a little different deal than usual. It will be neat.”