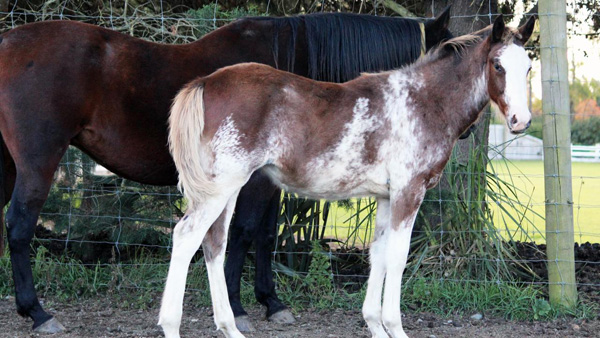 The field of genetics has enabled us to predict susceptibility to heritable diseases and map the genome of many species. Now, modern genetics and the birth of a unique foal in New Zealand has provided a successful example of tracking a mutation at its origin.

Today, the journal Animal Genetics, released a paper demonstrating how the Veterinary Genetics Laboratory at the UC Davis School of Veterinary Medicine determined that a white pattern in a Standardbred foal is a de novo, or novel mutation, meaning that it was not inherited by its sire or dam but instead occurred during the development of the foal.

Should the foal eventually be bred, then this coat color can be selected for in subsequent generations.

Discovering a de novo mutation is always exciting as most of the time as geneticists we are trying to trace the history of genetic variation, not identifying the variation in the generation in which they occur,” said Dr. Rebecca Bellone, director of the laboratory. “This discovery shows how breeding remains relevant today for helping us to understand the way that mutations occur and their effects on the living world.” 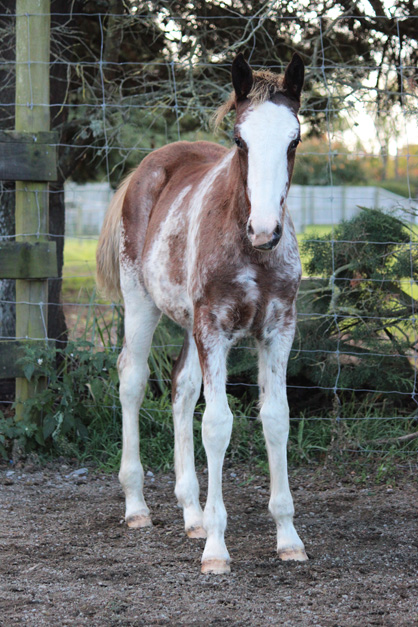 The Standardbred filly, not yet officially named, was born at Wai Eyre Farm in Canterbury, New Zealand, with a sabino-like white spotting pattern. She was tested for parentage through Harness Racing New Zealand by InfogeneNZ at Massey University. InfogeneNZ then recommended coat color testing at the UC Davis Veterinary Genetics Laboratory (VGL) to determine the cause of white patterning.

The breed’s most common coat color is bay, but they can also be born with black, chestnut, or gray coats.

VGL, which conducts scientific research and also provides commercial genetic analysis services, has unique expertise and technology to determine the novel origin of the filly’s coat. The laboratory partnered with InfogeneNZ to confirm parentage, utilizing the International Society for Animal Genetics primary and backup panels.

This is the third de novo white coat color variant identified in Standardbreds. VGL intends to track the generational lineage of the filly’s novel coat color, should she be bred.