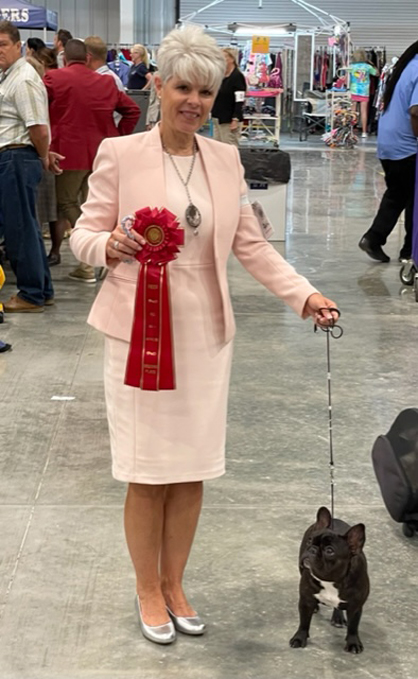 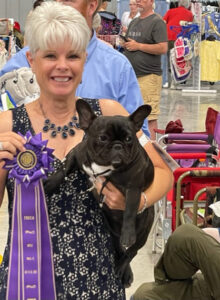 Chances are if you’ve shown in just about any stock horse association, you’ve been judged by Cindy Rucker.  The APHA, ApHC, AQHA, NRCHA, NRHA, NSBA, PtHA, and PHBA accredited judge announced in early August she is officially hanging up her judge’s hat.

“I’ve had multiple cards and judged for 20 years, and I’ve judged all the major shows several times,” Cindy explains.  “In all honesty, I have been very humbled to judge at that level with some of the best horses and riders in the world, and it has been an honor to get to stand out in the middle and pick my favorite.”

Though the retirement of Cindy and her husband has inspired her plans, there was another pivotal event at a world show she was judging with fellow official, Rhonda Replogle.  “Rhonda talked about her French Bulldog and how much she loved him, and that kind of started a spark,” Cindy says.

You see, Cindy and her husband had owned four retail pet stores they sold recently, and they’d had Boston Terriers for many years, so loving dogs was nothing new.  They also had French Bulldogs as pets, but a new show quality puppy they purchased this year became a game changer.

“We got into showing her, and we are absolutely hooked,” she says. “Jolene Jolene,” is aptly named because Cindy says when she’s in the room, she steals her man from her and she wants nothing to do with Cindy, just as the Dolly Parton song laments.  “She is beautiful, and she knows it,” Cindy laughs. Their first show together was a large show in Ocala at World Equestrian Center and they won a 5 Point Major.  “Those points will put us on track to building a title for Jolene,” she explains. 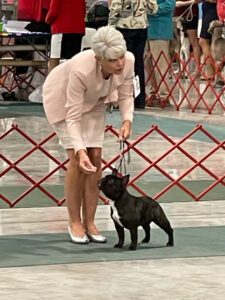 The Ruckers have three French Bulldogs now, and if they could, they’d have 20, Cindy quips.  Their goals in retirement is to continue to excel in the dog show world and to become good ambassadors showing the breed they’ve come to love.  “I believe in healthy breeding and it’s my goal to have a handful of quality dogs and enjoy the shows,” Cindy says.

Cindy has found some interesting parallels between horse showing and dog showing, too, she says.  “I had this vision in my head the first time I walked into the arena, as I felt like I was bringing years of experience saying to look professional and confident,” she explains.  As a judge, she has found she has always been drawn to exhibitors who look confident and put together, so it was important for her to reflect that persona.  “I’ve only shown Jolene twice, and I had a top handler tell me he was shocked when he found out I just started showing; that was a tremendous compliment.”

As she journeys into the dog show arena, Cindy says she will still be working in the horse industry, first as an equipment judge at the 2022 NSBA World Championship Show, at an upcoming versatility show, and more.  “I want to stay involved, and I don’t want to lose the lasting friendships I’ve made.  The horse industry gave me the opportunity to see places I never would have seen otherwise, and when you judge in the trenches with someone for days, those friendships you develop last.”

All in all, Cindy says she has been humbled to be involved at the level she has been, and to work with such great horsemen and trainers.  She concludes, “I know I’ll look back on how lucky I was to be part of that.” 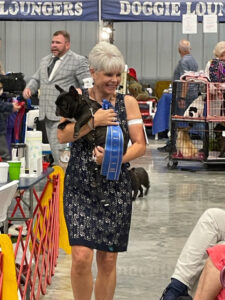 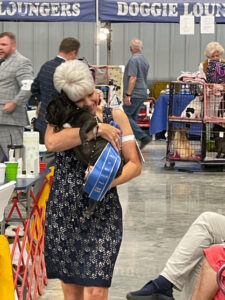 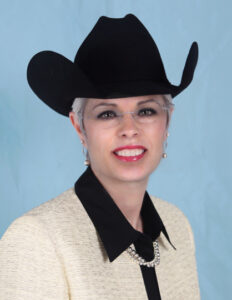 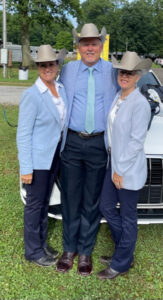