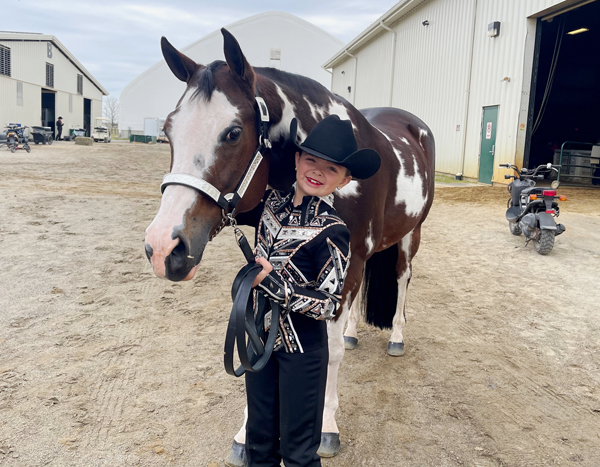 Some say horses know when you’ve made them part of your family. The story of a horse called Radically Painted and an eight-year-old girl named Makena Laird just might be proof. 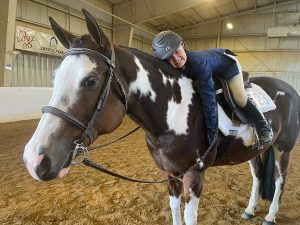 intentions were to use the 2009 bay overo, Paint mare as a lesson horse for her riding program.

She realized “Maddie” was going to be a project, as she said when the mare arrived in their hometown of Hampstead, Maryland, she needed some TLC. “Her teeth were so sharp, they cut the dentist’s hand,” says Lindsay.

It turns out the mare had quite a backstory. When Lindsay bought Maddie from Kelli Robison in Oregon, she found out that Robison had the mare out on a lease previously, and she ended up terminating the lease and taking the mare back. 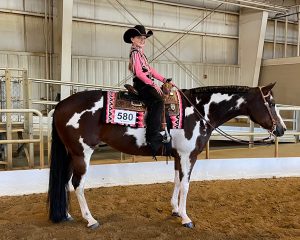 “I found out the people leasing her were going to put her down in January due to lameness from quarter crack, and they thought maybe she had foundered. The owner took her out of the lease and fixed her feet,” Lindsay says. It turned out the mare was thankfully fine after all, explains Lindsay.

However, when Lindsay and her daughter met Maddie, they realized instead of being a lesson horse, the mare was perfect for Makena. The duo immediately clicked, and before long, they were off to their first New Jersey Paint Horse Club show, and they earned their first blue ribbon as a team.

“Maddie had never been to a breed show and only shown in Showmanship and Western Pleasure a few times. She went out and did patterns, Trail, English, the all-around and won, including four firsts across the board in Trail,” Lindsay says. “We have gotten so many questions about her and people are shocked she had no show record. She’s bred incredibly, out of Radicalized. I would love to find out more history on the horse.”

The pair have hit the ground running ever since, earning High Point or Reserve at every show so far 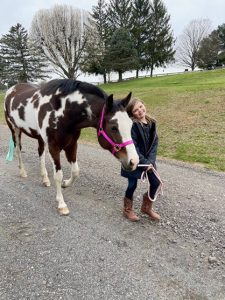 against great competition, explains Lindsay. “This horse is amazing!” she exclaims. “Now, she’s treated like a queen.”

Soon the duo will be headed to the Pinto World Show to make their dreams come true with only a few shows under their belt.

“Everyone is just in awe of this team and many have even made the hashtag #makaddie to support them!” Lindsay says. While others are surprised at the mare’s success, eight-year-old Makena knew this horse was special. The day she found out she was Reserve High Point at their first APHA show, Makena said, “I feel so confident with her. I’ve found my dream horse, Mom.”

To watch the journey of Makena and Maddie, type the hashtag #makaddie and follow along.