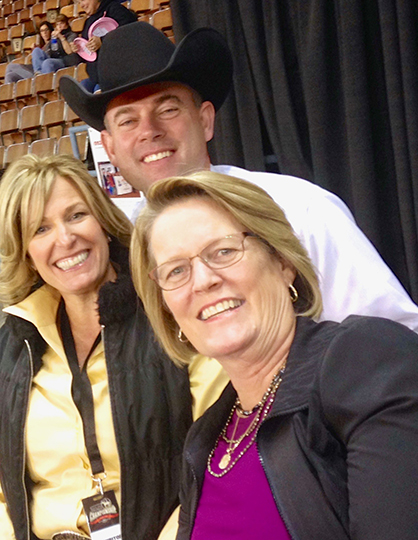 Being selected to judge at the All American Quarter Horse Congress is a great honor- one that many judges only dream of. Not only does it provide recognition of a judge’s abilities but also the opportunity to influence the industry as a whole.

This is Holly Hover’s seventh time judging at the Congress. This year is very special because she will be judging alongside a former client, now trainer and judge, Chad Evans.

“Chad came to me in a special circumstance,” Holly says. “I was doing an instructional video with Carla Wennberg. At the time, Chad was in college and a student at Colorado State University. In that video, we had a few female riders, but we also wanted a male rider. Carla had Chad in some of her horse program classes. I told her to bring him down, and that’s how I was introduced to Chad. Some 30 years later, we’re still friends.”

As an amateur in his early twenties, Chad competed primarily in Reining, but his introduction to Holly opened up a whole new world of all-around events. “Back during that time, he primarily showed Reining horses, and he did a good job. He had some nice, non-pro Reining horses,” she says.

“I had been exposed to all-around classes on a very small scale, but Holly is the one who really brought me into it,” Chad says. “I did Showmanship, Horsemanship, and Trail. Obviously, she’s a great coach, but even after initially meeting her, I loved her passion. She has such a huge base of knowledge, and I really loved her teaching style.”

Inadvertently, Holly actually had a hand in Chad’s eventual career as a horse trainer. “Actually, when I left Colorado and moved back to Arizona, he came in and took over my barn,” Holly says. “He still has a large number of clientele there today. It’s a big family with a lot of history. He’s like family, and I’m really proud of him and what he’s achieved, which goes without being said because he’s a great judge.” 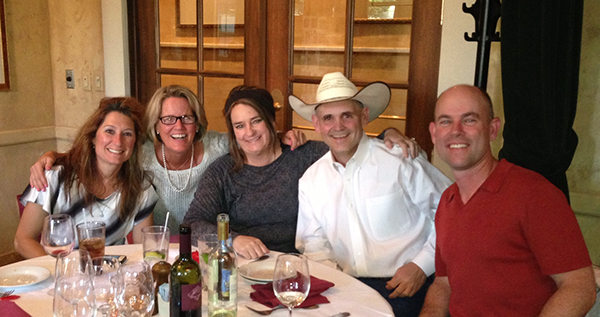 Holly and Chad with friends.

“I think I was 25 when she moved to Scottsdale,” Chad says. “I was approached by a group of ladies that weren’t moving their horses to Arizona, and they asked if I had ever considered being a horse trainer. If there was ever a time to do it, that was the time, because instead of starting with no clients, I already had a group of six or seven. That was some 20 years ago and, actually, one of the original customers is still a customer and great friend of mine. Alex Krebs, who I coached at the AQHA Youth World, is a daughter of one of the original members.”

Deciding whether or not to accept an invitation to judge at the Congress is not to be taken lightly. First of all, it’s a long time to be gone when you have horses back home in training, and there are clients to take into consideration as well.

“It’s a big honor and it’s a lot of work, but it’s not certainly bad work,” Holly says. “The horses and the competition is so good all around, all the way from the novice competitors to the finals of the futurities. You see so many great horses. It’s a thrill. I think there is no better staff and management, and they treat you so well.” 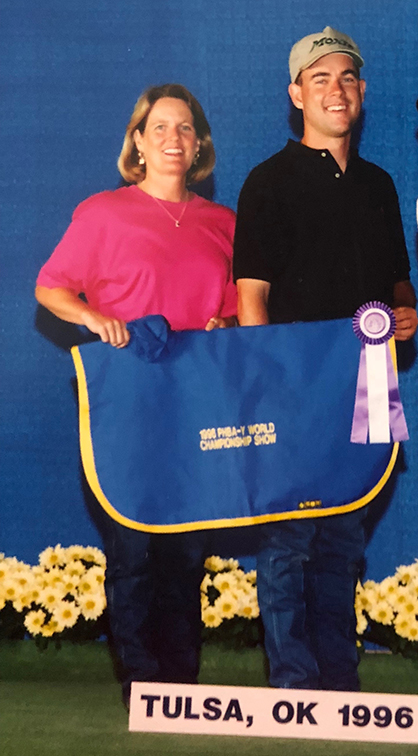 “The group dynamic is always fun and, this year, I think there are several judges in the 20-30 age range. I think, when judging, you always learn from your peers, because there is so much knowledge. It’s an all-around great experience.”

Unlike Holly’s six years judging at the Congress, this is just Chad’s second time; but, he’s been judging since he was 27. “I actually applied to be a judge the first year I was eligible, age-wise. I think, back then, it was 27. We have judged quite a few shows together, and it’s always a highlight. I love judging with Holly. She’s incredible funny, and I always learn something from her.”

“Judging at the Congress is certainly a lot of work, but I feel that it’s a way to give back to the industry. It’s a way of giving back and letting your frame of reference influence the industry. When I’m an exhibitor there, I love showing to judges that are currently participating in the industry. It’s a tough decision, and there are a lot of things to consider. I talk to customers early on when I’m trying to make that decision. It’s tricky, because I don’t want to judge if it’s, for example, a youth kid’s last year of competition.”

Since the Congress Committee likes to keep the judges list under wraps until the very last moment, we wondered how Holly and Chad first discovered they would be judging together this year. “I think we were just talking on the phone, and I mentioned that I wasn’t taking any horses to the Congress this year,” Chad says. “Then, she mentioned that she wasn’t either. We both laughed and knew what we were both doing in October.” 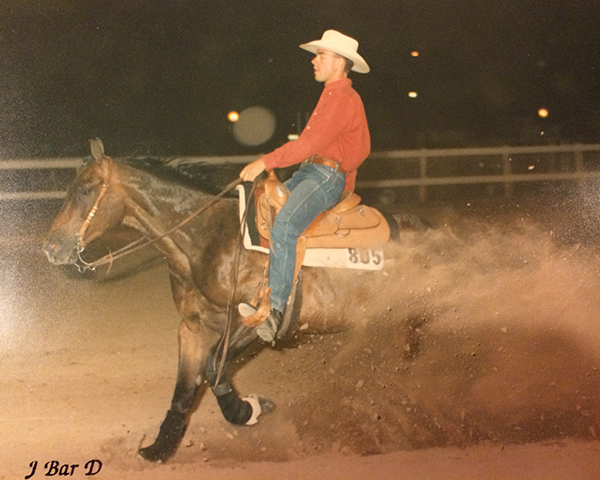 Chad during his Reining days

Not only are Holly and Chad looking forward to judging alongside each other at the Congress this year, they’re both eagerly anticipating seeing the newest crop of talented horses.

“The quality of the horses is such an exciting part of the Congress,” Holly says. “There are a lot of new and fresh horses, not just the same ones you’ve seen all year. There are always a lot of new, young, three and four-year-olds and it’s always eye-opening. It’s like going into a jewelry store and seeing all the fun, new gems.” 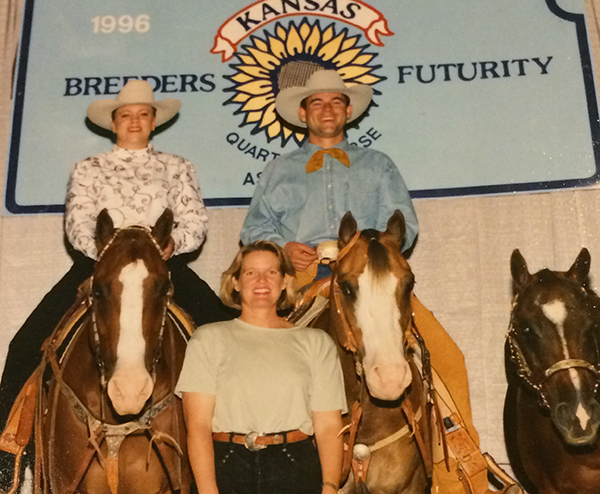 When they get a break from judging, Chad is excited to be able to help Holly celebrate her birthday. With these two, we’re sure it will be quite a celebration. “Did she tell you about all the crazy things she used to have me do? I had to hang Christmas lights off her barn, and I slid off her roof into what she called a snow pile. It was actually just a bush covered with snow. Also, back then, we trained horses a little differently. She always put me on the naughty ones!”